With the country labelled a ‘terror sponsor’ and the government claiming activists are CIA agents, Cuba's artists are stuck in the crossfire

Concerns for the cultural sector follow Trump’s parting shot at the country, and the Castro regime's growing efforts to discredit dissidents 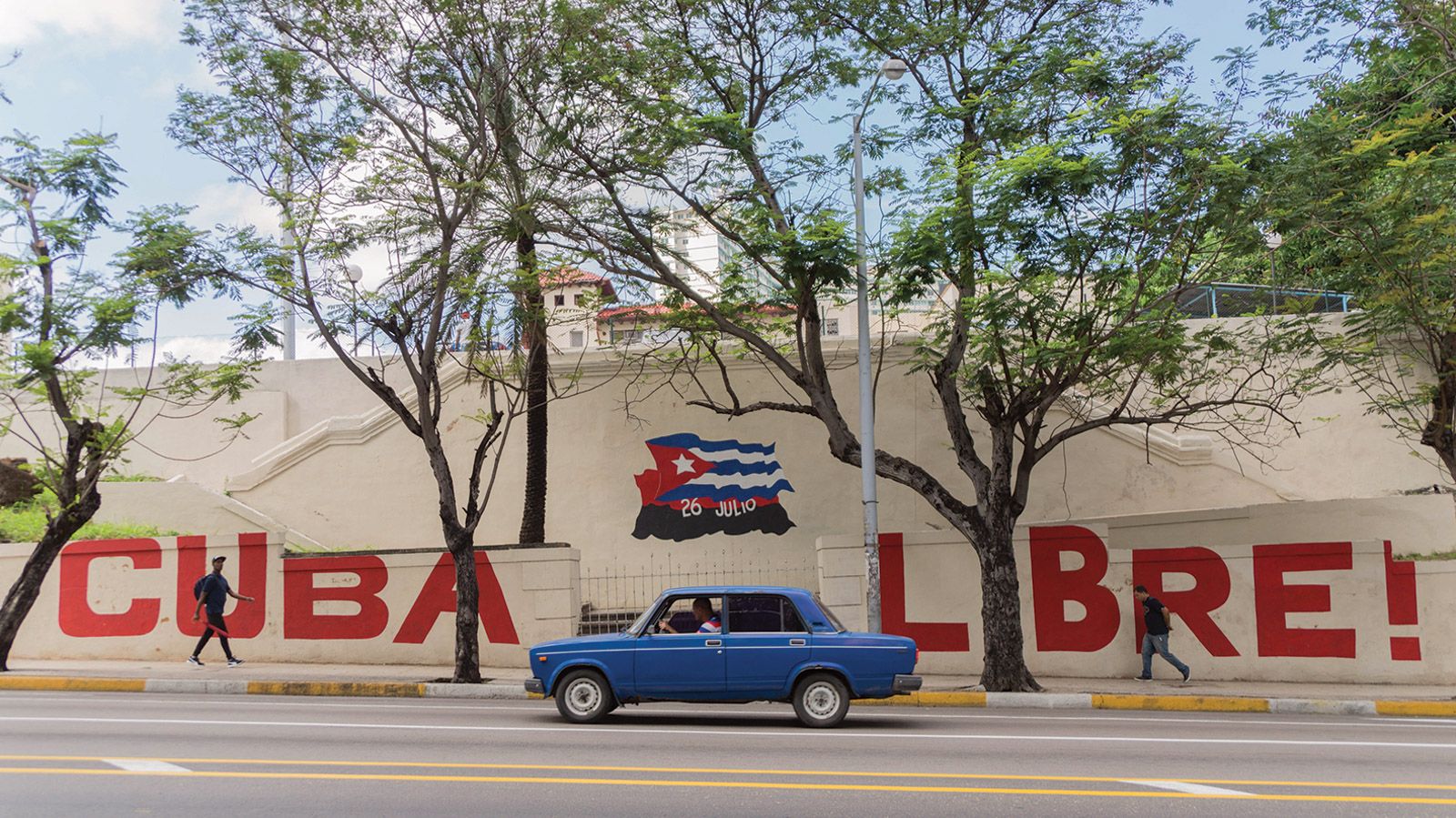 A mural in Havana. Cuban-American artist and writer Coco Fusco says that Trump’s label will make “cultural exchanges that would bring Cubans to the US or Americans to Cuba far more difficult” Yerson Olivares on Unsplash

During its final days, the administration of former US president Donald Trump classified Cuba as a “state sponsor of terrorism”, a controversial ruling that reverses the Obama-era decision to remove it from that list in 2015 in an effort to improve relations between the countries. The label will likely make things even more difficult for the cultural sector in Cuba, where artists have long battled against oppression and censorship by the Castro regime that has only grown more conspicuous in recent months.

The Cuban-American artist and cultural politics writer Coco Fusco says that on a bureaucratic level, the designation will make “cultural exchanges that would bring Cubans to the US or Americans to Cuba far more difficult”, and that it will be used by the country’s government as a “justification for the repression of the cultural sector and independent journalism”.

“Many—if not most—Cuban artists rely heavily on sales of their art to foreigners, and the Trump administration’s restrictions on travel and remittances make it much harder for artists to earn money,” she says.

Fusco adds that she sees the designation as the Trump administration’s “reward to Florida-based Republicans for their support”. Trump won the presidential vote in the red state, where Cuban-Americans make up 29% of the eligible voter population and have historically leaned more conservative.

The New York-based art dealer Bryant Toth, who specialises in Cuban art, says that “Trump’s decision is another pitiful move to set roadblocks and dismantle progress, and the cultural sector will surely be hit with decreased tourism and a bleeding economy.” He adds: “With that said, over the last few years we have seen growing interest in Cuban art from both collectors, museums and the public. You would be surprised by the growth of knowledge since the Obama administration’s advances towards ‘normalised relations’ with Cuba—all of which I believe will not be hindered by this designation.” Toth emphasises that “Cuban culture is resilient, especially within the art community”. He believes that the Cuban art market will, despite temporary challenges, “continue to soar” internationally in the long run.

However, in a statement to The Art Newspaper, the Cuban artist Marco A. Castillo emphasises that the US is “an important centre for Latin American artists, and restricted access will have a strong negative impact”.

Castillo also warns that the “prospects for the future are dire” following the passing of Decree 349—a law that went into effect in late 2018 that requires artists to register for a licence from the government to create work, and further limits artistic dissent in Cuba.

“On the one hand, the Cuban government’s aggression against national cultural life and, on the other, US policy is dramatically affecting our lives and our international creative ecosystem,” Castillo says. “Cuban artists must be able to speak and write on political, social, ecological, economic, sexual and other issues in total freedom without risking prosecution due to censorship or other restrictions.”

Trump’s decision is another pitiful move to set roadblocks and dismantle progress. The cultural sector will be hit Bryant Toth, art dealer

Several other Cuban artists approached by The Art Newspaper, especially those currently based in Cuba, declined to comment for this article. While the terrorist designation is expected to be overturned by US President Joe Biden, the reversal could entail a months-long process in Congress and serve to further isolate Cuban artists.

Julie Trébault, the director of the non-profit human rights organisation Pen America, says that speaking out against issues concerning US policy would “certainly further hinder artists who already face backlash and are seen as targets by the government”.

In recent weeks, following a violent confrontation with the country's Culture Minister, Alpidio Alonso, which has led to calls for his resignation, the government has ramped up its efforts to discredit activists in the country, including the leading artist Tania Bruguera.

“One of the arguments used by the government to target Cuban artists is that they are not artists but US agents in the country attempting to destabilise the government,” Trébault says. The Trump administration's decision to further complicate relations with Cuba “is a tremendous setback.”