What's behind the red lightning bolt, the main symbol of Poland's pro-choice marches?

As thousands take to the streets to protest against a near-total ban on abortion, the graphic designer Ola Jasionowska tells us about creating the movement's logo 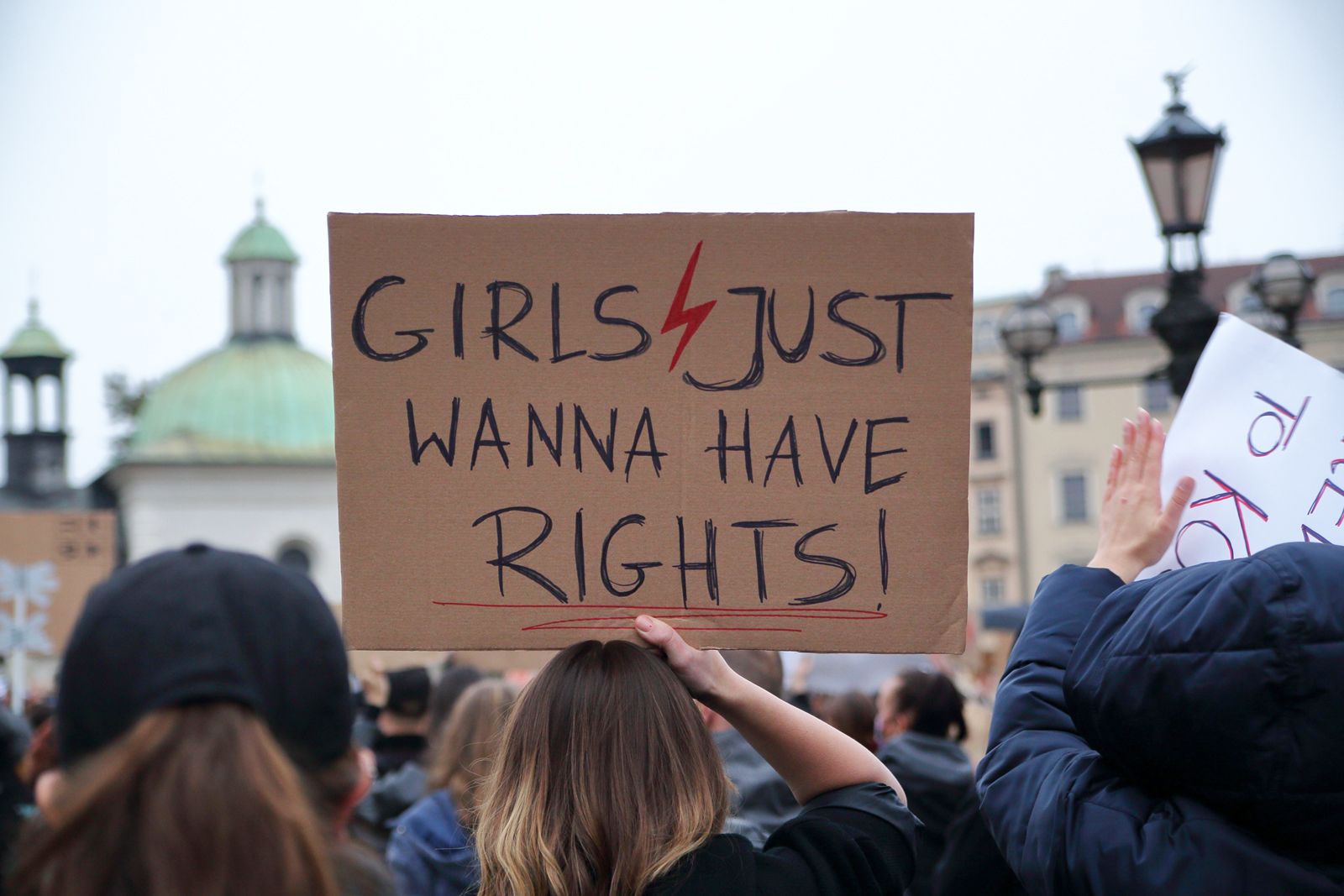 The red lightning bolt has become a symbol of the pro-choice protests, which continued across Poland this weekend © Wiola Wiaderek / Alamy Stock Photo

A blood red lightning bolt has become the main symbol of the pro-choice movement in Poland following a near-total ban on abortion. But where did the iconography come from?

Earlier this month, Poland's constitutional court ruled that abortion in cases of severe foetal abnormalities were unconstitutional, effectively closing one of the few remaining legal grounds for abortion in the country. Women’s rights groups have promised to step up pressure on the ruling Law and Justice Party with thousands defying coronavirus restrictions to protest against the new law.

This weekend’s protests saw an estimated 430,000 people take to the streets across the country, according to police, mainly led by young women.

One of the main logos of the movement is the image of a woman in profile with a red lighting bolt inscribed with the words strajk kobiet (women’s strike).

The image was initially created by Ola Jasionowska, a graphic designer and feminist based in Warsaw, for the nationwide Black Protest in October 2016, which back then proposed a complete ban on abortion.

The design has since become synonymous with the International Women’s Strike movement and has been adopted by numerous countries, each time acquiring different, site-specific contexts. For example, in Paraguay the logo features a woman with braided hair and in the US, it depicts a black woman.

Unfurled from protest banners, on social media and inscribed as graffiti, the lightning bolt has now become a bona-fide global symbol.

Jasionowska told The Art Newspaper ahead of the demonstrations last weekend that she wanted to create an image that was easily recognisable, something that could be shared widely and immediately understood. “What really surprised me were the protesters who put the logotype onto posters, banners, t-shirts and embroideries,” she said.

“I also wanted to create something universal that women could identify with regardless of their place of residence, character or expression,” she said. The image is also meant as a symbol of caution. “Be careful, we warn you. We don't agree with women being deprived of their basic human rights.”

Right-wing commentators have noted, however, that the symbol can be read through the prism of Nazi ideology (the party used a red lightning bolt as the logo for the Hitler Youth). A presenter on Polish national TV recently compared the pro-choice activists to the Nazi youth group.

Responding to this, Jasionowska says that the logo has the opposite intention. “It was created for the Polish women’s strike whose views are extremely opposed to any fascist behaviour,” she says.

According to Sebastian Cichocki, the director of the Museum of Modern Art in Warsaw, the cultural entanglement of the demonstrations are as popular as they are diverse. “This is a different kind of protest, throngs of angry, young people use simple cardboard signs with slogans,” he says, noting that the symbol has been adopted by groups such as Extinction Rebellion and Antifa and even football fans who are present at the demonstrations.