What to do with all those toppled monuments? Artist suggests turning Chicago dump site into sculpture park 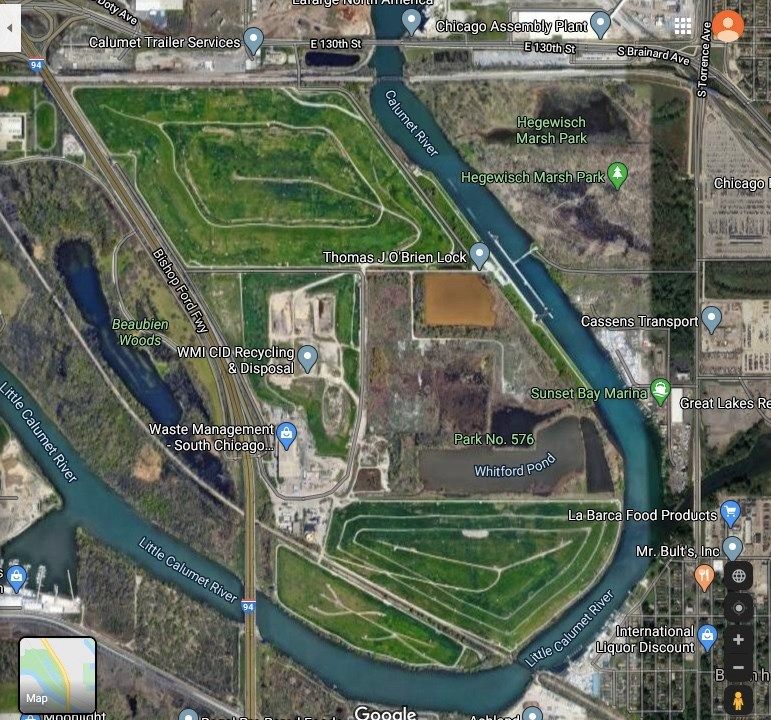 A map of the Waste Management South Chicago site

When he saw photographs of the bronze statue of the 17th-century slave trader Edward Colston being dumped in a river in Bristol, England circulated on social media, the Chicago-based conceptual artist JB Daniel had a vision: to create a Toppled Monument Sculpture Park in the US.

The debate over Confederate monuments in the US, along with other symbols of white supremacy and colonialism, predate the recent protests, but their removal has accelerated in recent weeks. Daniel said such events made him wonder: “Where are they going to put all those monuments?”

He found the ideal location on the I-94 expressway about 19 miles south of the Chicago Loop—a massive former landfill for household and hazardous waste bounded by the Calumet River and surrounded by industrial ruins and wetlands favoured by migratory birds, that is itself contested land. “It contextualises our history quite well,” the artist says.

Daniel, who lives in the area, has seen countless environmental studies followed by proposals for transforming the site, still used by Waste Management, the country’s biggest disposal company, into a recreational park. “For the past 20 to 25 years they would tell us, ‘If you just let us dump for three more years, we’ll turn it into a park.’ And of course, that didn’t happen,” Daniel says. “So it’s time we took them up on it.”

The statues, Daniel adds, should be installed in their topped states with their unoccupied pedestals nearby. And as well as educating current visitors about the country’s controversial past, the park could also serve future generations. “Dumps are where archeologists always go to find out about a civilisation,” the artist points out.

Last week, after criticising the actions of demonstrators and local officials you have taken down monuments across the US, President Donald Trump issued an executive order calling for the construction of a “National Garden of American Heroes” to house statues of historic figures, from Christopher Columbus to Ronald Reagan. “The National Garden should be located on a site of natural beauty that enables visitors to enjoy nature, walk among the statues, and be inspired to learn about great figures of America’s history,” the order reads. “The site should be proximate to at least one major population center, and the site should not cause significant disruption to the local community.” Trump’s order calls for the garden to be opened to the public by 4 July 2026, in time for the 250th anniversary of the reading of the Declaration of Independence. "I have the perfect spot," Daniel says.

about 14 hours ago
The Royal Opera House's David Hockney painting sells for £12.8m at Christie's amid deaccessioning debate