As exhibitions abound and a game-changing new museum gets ready to open in South Africa, the market looks set to follow

The Parisian art world will resound to a decidedly African beat when Bernard Arnault’s Fondation Louis Vuitton, Paris, hosts a three-part exhibition devoted to African art: Art/Afrique, le nouvel atelier (26 April-28 August), It will include a show of contemporary South African art from the foundation’s collection and a selection of works from the collection of Jean Pigozzi. Meanwhile, the Parc de la Villette is hosting the 100% Festival of African art and culture (until 28 May) and the upmarket retailer Galeries Lafayette is celebrating African art and design with an exhibition (until 10 June). The art market has increasingly been taking note too: the Art Paris fair (30 March- 2 April) had Africa as its “guest of honour”, but the headline news has been that Sotheby’s will host its first African Modern and contemporary sale in London on 16 May. Hannah O’Leary, the head of Modern and contemporary African art at Sotheby’s, says prices in its 100-lot sale range from as little as £8,000 to its top lot, an El Anatsui bottle-top hanging, Earth Developing More Roots (2011), which is estimated at £650,000 to £850,000. The sale will be a mix of African and better-known African diaspora artists, such Yinka Shonibare and Kader Attia. Big names of the contemporary African art scene such as William Kentridge and El Anatsui, who also cross over into Sotheby’s main contemporary art sales, will be included alongside the likes of Romuald Hazoumè and Meschac Gaba, as well as bankable Modern artists including Ben Enwonwu, Ibrahim El Salahi and Irma Stern. O’Leary says Sotheby’s entered the market after watching the development of Bonhams’ African sales (where she previously worked), and she believes there is potential to cross sales over from a largely African client base to Modern and contemporary art collectors in general. “This market has been largely ignored and under-represented, but now that’s being corrected.” O’Leary’s former boss, Giles Peppiatt, the director of Modern and contemporary art at Bonhams, launched its African art department in 2006. He has pioneered African art sales since 2008, and this year will hold two Africa Now Modern sales in London instead of its usual one. He is also launching a new Art of the Maghreb sale in the autumn to focus on the art of Morocco, Tunisia and Libya, in addition to its existing Africa Now: Contemporary Africa and South African art sales. The core of the African art market, he says, is centred on international collectors with connections to South Africa and Nigeria, which have the continent’s strongest economies and biggest collector bases. There are also smaller markets in Ghana and Kenya, as well as Morocco and Tunisia, which Bonhams is now keen to reach. Peppiatt says that both the Modern and contemporary categories have taken a long time to develop. While prices for sought-after Modern artists, such as Nigerians Ben Enwonwu and Yusuf Grillo, sell for more than £100,000, many contemporary artists sell for under £15,000. “It is a question of persistence,” Peppiatt says. “Attracting those big international collectors is everyone’s Holy Grail, and currently they are few and far between.” 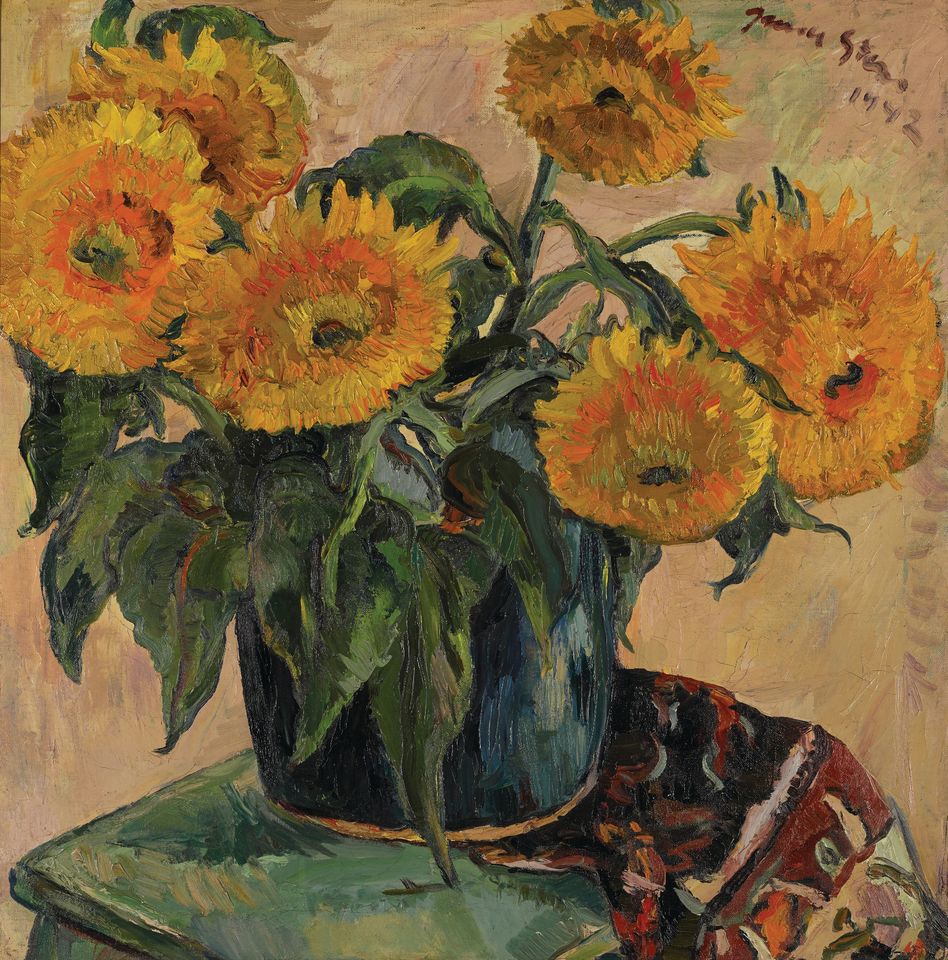 Aside from Pigozzi, the best known international collectors of contemporary African art include former Virgin partner Robert Devereux and former Puma boss Jochen Zeitz. Touria El Glaoui, the founder of the 1:54 group of fairs in London and New York, has announced a third edition in Marrakech, in 2018, partly to draw on the established Moroccan and Tunisian galleries and collectors, and partly because Marrakech—thanks to its biennial, established in 2005—has become an attractive destination for international collectors. El Glaoui admits it has required patience to start building that elusive crossover audience, but over time, the fair’s international profile has increased, with collectors including the London-based Eskander and Fatima Maleki, Pamela Joyner and Christie’s honorary chairman for Europe, and royal family member, Viscount Linley, in attendance. 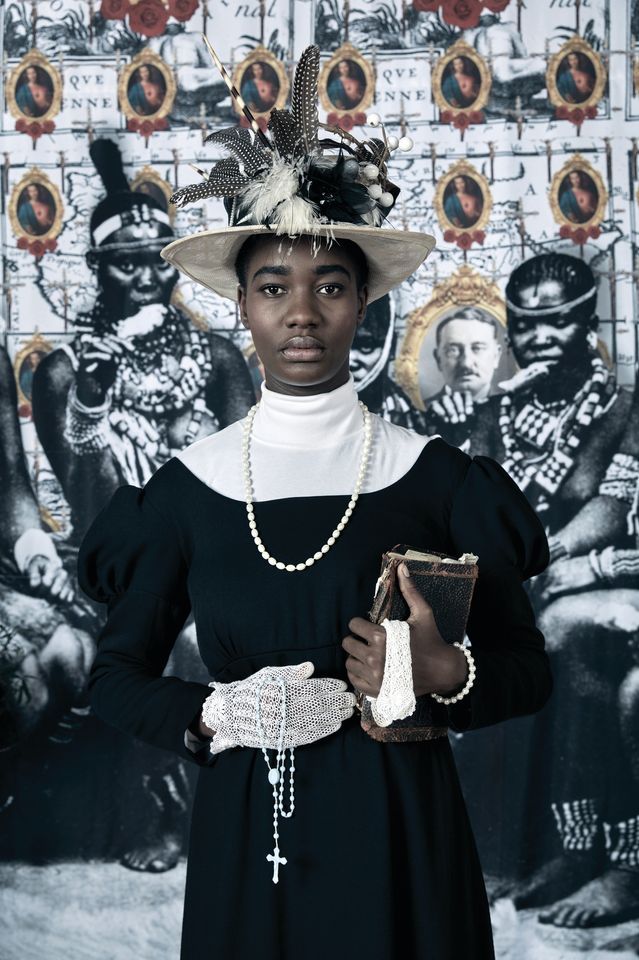 Jack Bell founded Jack Bell Gallery in 2010 and deals mainly with African contemporary art. He too confirms that prices are at the “affordable” end: initially the gallery priced in the £1,000 to £10,000 range, now that has risen to £8,000 to £40,000. At this level, he says, there has been widespread interest, initially from Pigozzi and Charles Saatchi, though it has grown to include London-based Contemporary art collectors and collectors in Europe, North America and beyond.

Museums are also making their presence felt: longer-standing institutional collectors include the Pompidou, the Tate (which launched its African acquisitions committee in 2012), the Smithsonian, the Brooklyn Museum, the British Museum and the Museum of Modern Art in New York. These have been joined by museums including the Manchester Art Gallery, Bell says, while other museums mounting exhibitions and collecting are believed to include a large number of American institutions, including the Fowler Museum at UCLA, the High Museum of Art in Atlanta and the Virginia Museum of Fine Arts.

However, it may well be that the activity of the German collector Jochen Zeitz will have the biggest impact on the emerging African Contemporary art scene. In September, the much anticipated Zeitz Museum of Contemporary Art Africa (Mocaa), in Cape Town, will open, with a collection of post-2000 works of art built by the former Rubell Family Collection curator, Mark Coetzee. Touria El Glaou speaks for many when she says that there are high hopes for its international success. “Zeitz Mocaa is going to have a huge effect. It will be the first time that African artists are as proud to be in a museum on the continent as they are to be in a museum in Europe or the US,” she says. “It could be a game-changer for the whole African continent.”

Big hitters and rising stars of the African art world

A darling of the contemporary art world after his first New York solo show at the Brooklyn Museum in 2013 and winning a Golden Lion at the Venice Biennale in 2015, El Anatsui is represented by Jack Shainman Gallery in New York and is best known for his wall hangings made from liquor bottle tops, which have sold for seven-figure sums. However, he is increasingly known for earlier wooden works, incorporating elements of Igbo art and other African symbols and scripts. These are comparatively affordable, with a top price at auction of £176,500 set at Bonhams, London, in 2015, and many works well under £100,000. 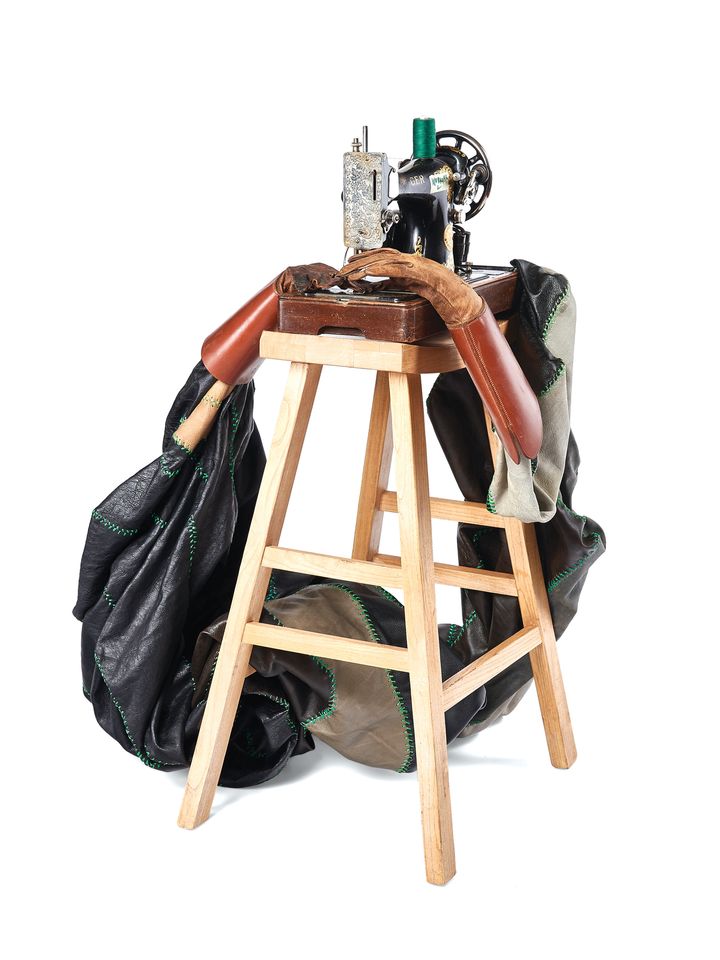 South African artist Nicholas Hlobo proved a huge hit at the 2011 Venice Biennale with his sprawling rubber, satin and ribbon dragon—All the Lightning Birds Are After Me (2011), subsequently purchased by the Zeitz Mocaa collection. But he had already come to international attention, winning a Rolex mentoring award in 2010, in which his mentor was the sculptor Anish Kapoor. He has shown in numerous major museums and international biennials and his work deals with issues of sexuality, race and gender. Now represented by Stevenson Gallery, Cape Town and Johannesburg, and Lehmann Maupin, New York and Hong Kong, only one work has come to auction but was withdrawn. 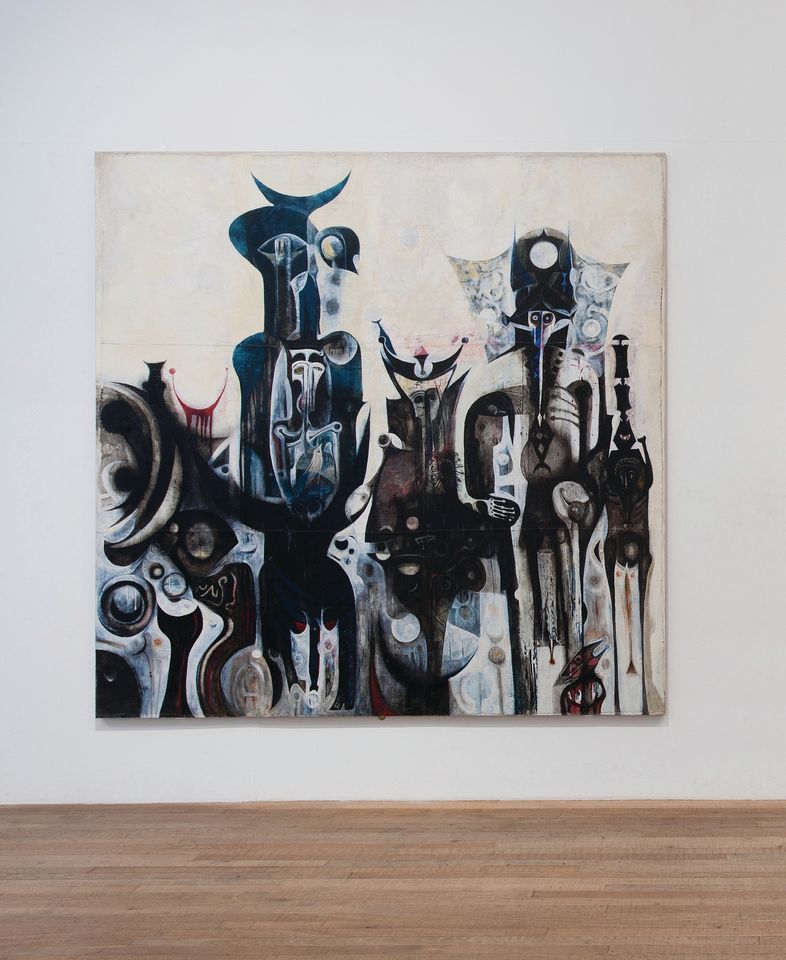 Ibrahim El-Salahi, Reborn Sounds of Chilhood Dreams I (1962-63). Courtesy of vigo gallery and the artist.

In 2013, this 86-year-old became the first African artist to have a retrospective at Tate Modern. He studied art at the Slade in London in the 1950s, and his work mixes Surrealism with forms he has drawn from African and Islamic art. Represented by Vigo Gallery in London, his top price at auction was set at £27,500 at Bonhams, in 2016, for a rather atypical Portrait of a Sudanese Gentleman (1951). The piece sold for more than three times its upper estimate. Meshac Gaba is a conceptual multimedia artist and sculptor, born in Benin in 1961, who now travels between studios in Benin and Rotterdam. His most famous work is the 12-room critique of Western art museums, titled Museum (1997 to 2002), shown at Documenta 11 in 2002 and reworked at a number of major museums, including Tate Modern in 2013. Much of his work examines the post-colonialism, cultural identity and the politics of museum display. His work is in Robert Devereux’s Sina Jina collection, and he is represented by Stevenson Gallery, Cape Town and Johannesburg, and Tanya Bonakdar Gallery, New York. No works have yet appeared at auction. Edson Chagas is a former photojournalist who studied in the UK and Portugal before transferring his skills to the art world. His breakthrough was in 2013 when the Angolan pavilion at the Venice Biennale, in which he featured, was awarded a Golden Lion for best pavilion—the first time the country had participated. He also creates installations using discarded objects that raise questions about urban living and consumerism. A survey of his work will be included in the inaugural exhibitions at Zeitz Mocaa and his work has been shown at the Museum of Modern Art in New York and the Seattle Art Museum. He is represented by A Palazzo Gallery, Brescia and Stevenson Gallery, Cape Town and Johannesburg. 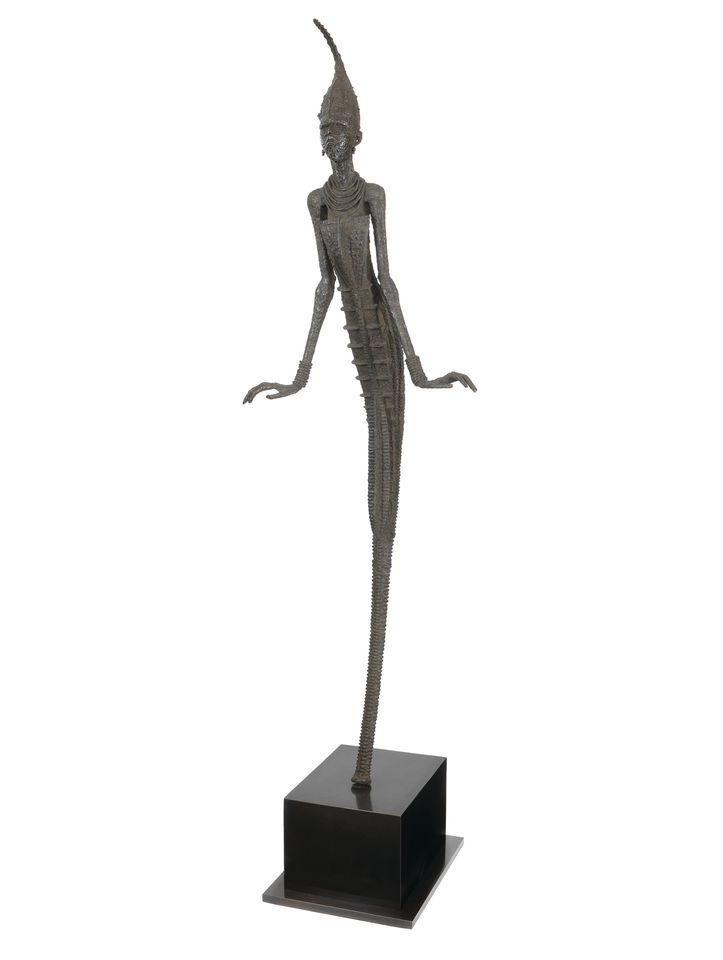 Ben Enwonwu is currently one of the most sought-after African Modern artists, making painting and sculpture. He is bought predominantly by Nigerian collectors, although he also has works in major museums, including the Smithsonian in Washington, DC. The son of a traditional Igbo sculptor, his work draws on African and European modernist imagery. His record price of £361,250 was set at Bonhams in 2013 for Figure 1 (1961), a group of seven wooden sculptures commissioned by the Daily Mirror in 1960, but his prices are expected to rise.