After consulting with the Danish-Icelandic artist and technicians, Tate says installation “cannot be made safely accessible for wheelchair users” 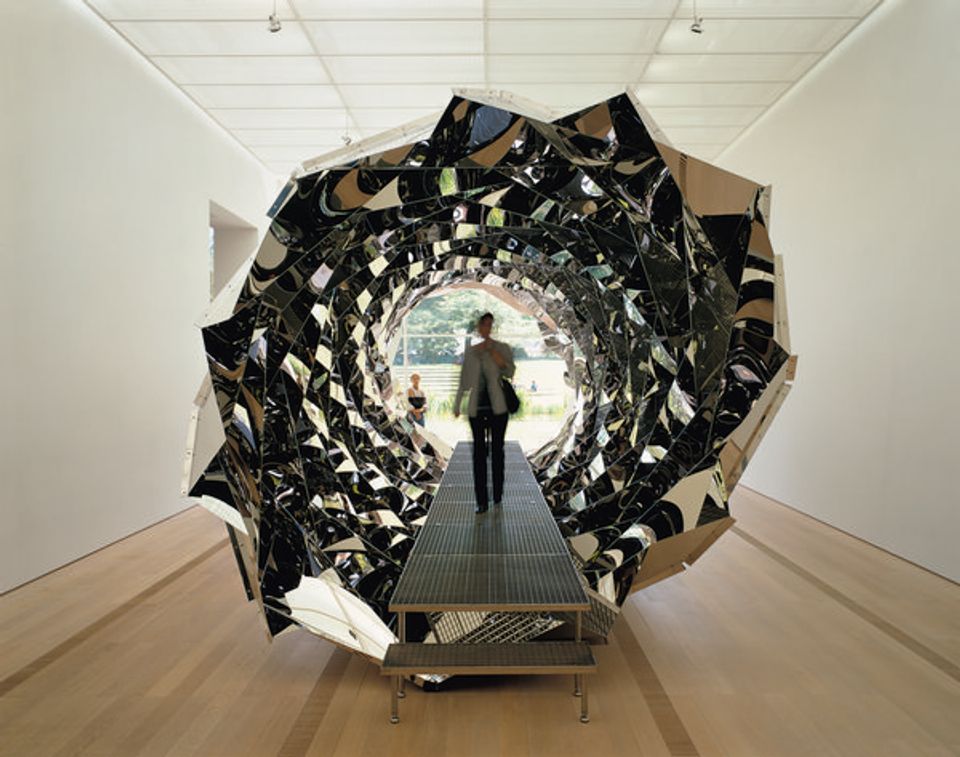 A London-based wheelchair user has condemned Olafur Eliasson’s exhibition at Tate Modern over a mirrored tunnel installation that is only accessible via steps.

Ciara O’Connor, who writes for the Irish Sunday Independent newspaper, took to Twitter on Friday to express her frustration and anger after trying to access Your Spiral View (2002), an eight-metre-long tunnel constructed from steel plates, which resembles a kaleidoscope inside.

“I’ve just come out of Tate Modern, to see Olafur Eliasson’s exhibition, In Real Life. It’s a series of mostly interactive installations that play with light, mirrors, mist, fire, water. A couple of pieces were too high for me to play with, but whatever—that’s unavoidable,” she tweeted.

“At the end, there’s a whole room dedicated to a mirrored tunnel: you’re meant to walk through it. It had two steps up to it. In the grand scheme of supremely inaccessible London, it barely registered.”

However, when O’Connor’s friend Alice asked the gallery attendant if there was a foldaway ramp available, he became “cross and weirdly defensive”, O’Connor says. According to her Twitter thread, which has already garnered more than 3,500 'likes', the attendant told Alice that not having a ramp was “the curator’s choice”, finally telling O’Connor: “You can go around the side.”

Eliasson responded to O’Connor’s thread on Twitter yesterday saying the sculpture is “old” and that, “to acknowledge its original shape while offering full access, I am exploring solutions with Tate”. The Danish-Icelandic artist says he will let O’Connor know “when we have news”. He was unable to respond immediately for further comment for this article.

In a statement, the Tate apologised for the lack of wheelchair access, but, after “a full assessment” with Eliasson and technicians, decided that the work “cannot be made safely accessible for wheelchair users”. The museum says: “even if a ramp were added, the mirrored walkway that is an integral part of the sculpture is structurally too narrow to be made safe for wheelchair use.”

It adds: “We decided to include Your Spiral View in the exhibition as it is the only sculpture of its type in Olafur Eliasson’s body of work which can be loaned for exhibitions, and a more accessible alternative does not exist. We recognise that this has caused an access issue for wheelchair users for which we are sorry and the comments we have received will be taken on board in future decision-making.”

O’Connor also raises several points about interactivity, bodies, responsibility and agency—concepts Eliasson himself explores in the exhibition. In one Tweet, O’Connor refers to one of numerous texts the artist has included in the show, which reads: “In a museum, we all move as if we don’t have a body—or at least we don’t refer to bodily movement as a co-producing element when we’re looking at art…”

O’Connor responds: “Fuck that. Fuck your over-intellectualising and big talk that obscures the fact that you only produce, curate, exhibit art for certain bodies. Fuck you for assuming that everyone who likes art and museums gets to ‘move as if they don’t have a body’.”

She continues: “I never get to lose myself in a picture, or wander in a reverie—I am always, ALWAYS aware of my body, how it’s blocking people, how it’s taking up space, how it’s inconvenient and cumbersome.

“That’s the story of my life, and of every disabled person’s life. Going around things. Looking from the outside. Watching other people enjoy life, art, transport, whatever, the way that it’s ‘supposed’ to be enjoyed… I want a fucking ramp. I want elevators. I want wide doorways. I want accessible toilets that aren’t storage cupboards. I want to get on a train, and go to a place all by myself. I don’t want to ask permission. I don’t want to be grateful for every reasonable adjustment.”

O’Connor’s plight has prompted an outpouring of support online. One Twitter user, Peter Fifield, says: “Hi Tate. Any chance you could transform your abstract body-thinking into embodied body-thinking, and say why there was no ramp to the exhibit? It seems like you weren't really thinking about bodies at all."

Several commentators point out that this is not just an issue for O’Connor. Another visually impaired Twitter user, Deborah Persaud, says she was unable to access Your Spiral View with her guide dog because there was no safety mat for the grid floor, which her dog could not walk on. “No alternative offered but attendant v[ery] apologetic. Could have worked if someone held him and I was guided,” Persaud says.

Others are questioning whether Tate’s Access Advisory Group still exists. Tony Heaton, a former member, says such a body “would have demanded access to this work if consulted”. Others, meanwhile, are questioning the legality of Tate's position. Emily Johnson, a former social media and digital news editor, says: “Major world museums like @Tate (especially those with charitable status, @Tate) must be leaders in art access. Inaccessibility isn’t just mobility but safety.”