The theme for the joint conference of the American Institute for Conservation of Historic and Artistic Works (AIC) and the Canadian Association for Conservation of Cultural Property (CAC) couldn’t have been more spot on. As 1,400 conservators, archivists and museum professionals met in Montreal to discuss preparing for disasters and the unexpected in conservation, a massive wildfire raged 3,800km away in Alberta. Early estimates suggest that the blaze, which was still active as we went to press, has so far caused between $5bn and $10bn worth of damage, surpassing the $5bn caused by the devastating floods in the same region in 2013.

The conference was timed to commemorate the 50th anniversary of the Florence Flood of 1966—a revolutionary moment in the history of conservation, not only because of the lessons learned and the development of new technologies and methods, but also because it attracted a new generation of conservators to the field. And while the conference did include several brilliant talks related to the 1966 flood, there were also discussions related to other natural and man-made disasters, as well as ones on innovative treatments using cutting-edge technology, revamping disaster preparedness plans and race and diversity within the field.

Here are some top tips and a sampling of the topics discussed at the conference. 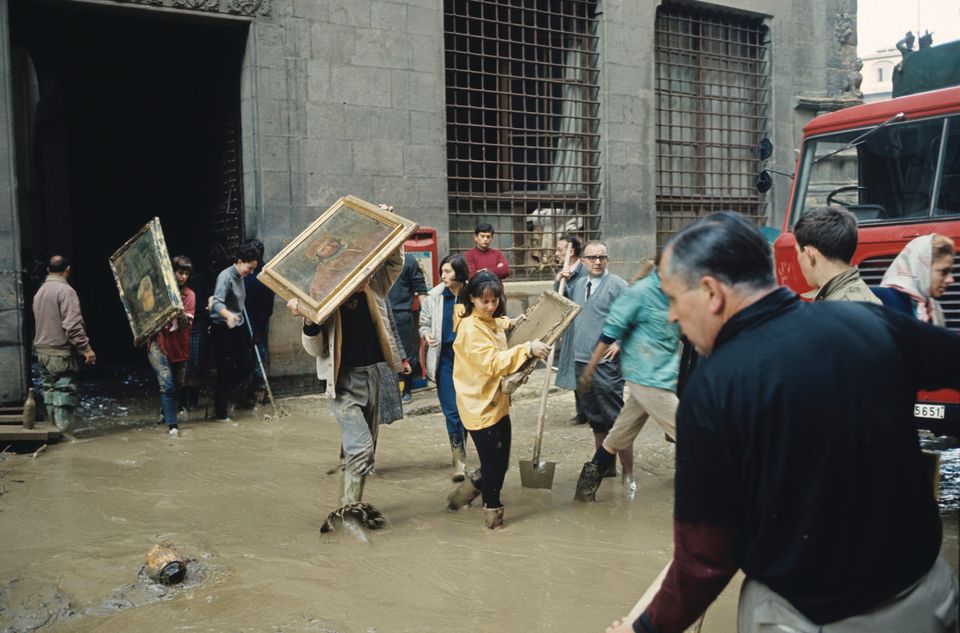 “Mud angels” saved works of art in the disastrous floods in Florence in 1966. Photo by Gerard Gery/Georges Menager/Paris Match via Getty Images

Floods Being a “mud angel”—one of the thousands of Italian and foreign volunteers who aided in the recovery of thousands of works of art and books that were damaged after the Arno River burst its banks in Florence in November 1966—was a defining moment in many people’s lives. It certainly was for the conference’s keynote speaker, Anne-Imelda Radice, the former director of the Institute of Museum and Library Services and

current director of the American Folk Art Museum in New York. She was an 18-year-old student struggling with her studies when the disaster happened. At her father’s suggestion, she travelled to Florence and helped to pass rare books down the line. “It really changed me, made me become more serious,” she said. “It really motivated me for my entire career.” She has made preservation initiatives a priority in her various roles over the years. In her closing remarks to the packed audience of conservators and heritage professionals, she said: “You’ll always have my heart, my commitment and I’ll always campaign for you.” 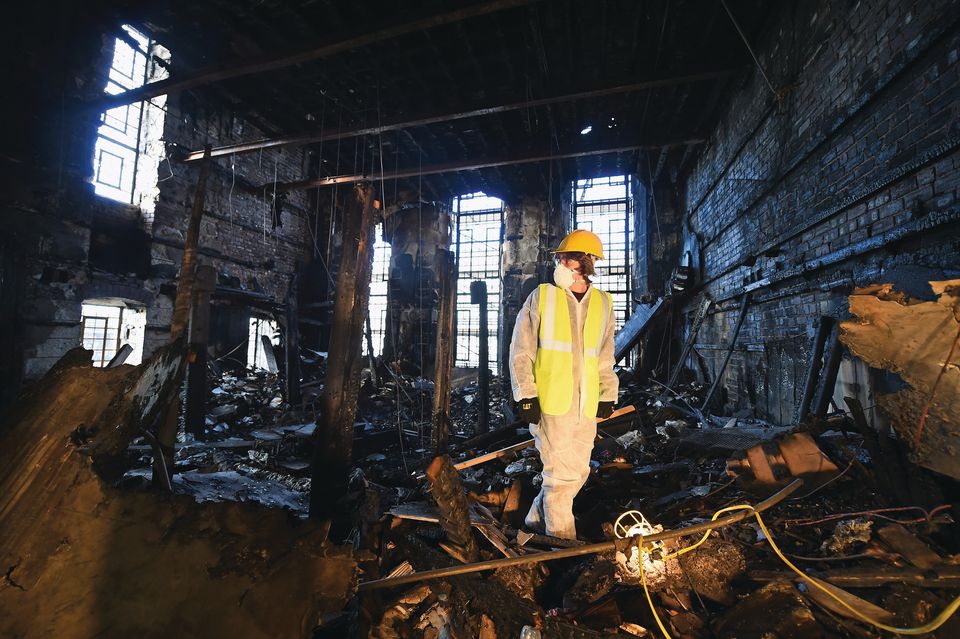 Fire The Glasgow School of Art’s beloved Mackintosh building, named after its illustrious designer, Charles Rennie Mackintosh, caught fire in May 2014. One of the greatest casualties was its library—the epitome of the concept of “total architecture” in that its structure, furniture and lighting were all designed by Mackintosh—and the collection it housed. Polly Christie, the archives and collections recovery project lead, described how the archive, with its 435 linear metres of architectural records and 12 linear metres of photographs, is taking “centre stage in the restoration efforts”. Digital scans of the building, taken before and after the disaster, are “providing an amazing point of reference to see how the structure has moved and settled down”, said Sarah Mackinnon, the project manager for the Mackintosh building’s restoration. The library’s original lights will be reconstructed using pieces found during a forensic-archaeological excavation. Because they blur the boundary between what is part of the collection and the building’s fabric, Mackinnon advised to carefully examine your insurance policy to make sure things cannot fall between collection and fabric coverage. 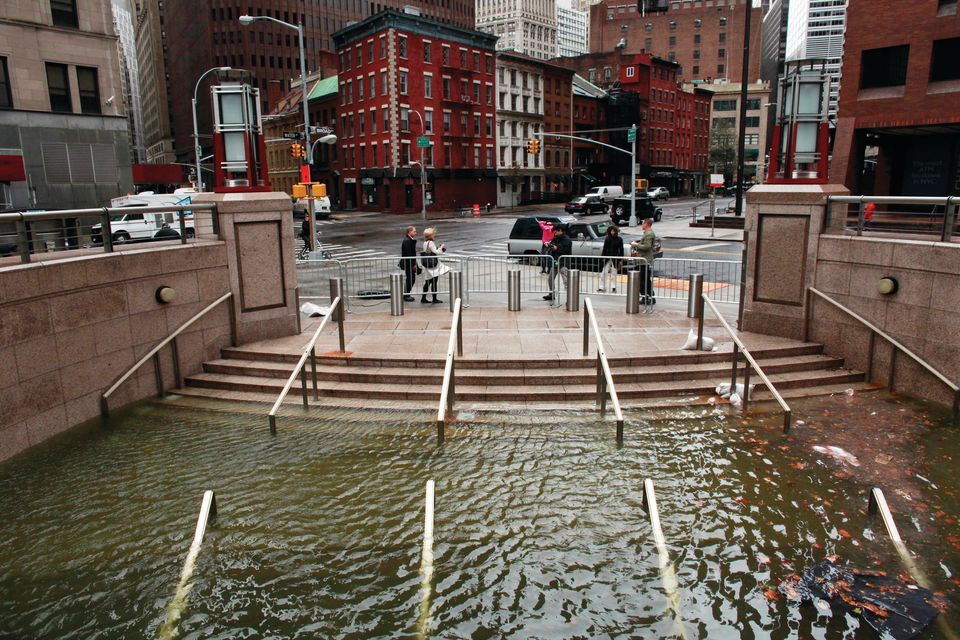 Hurricanes and superstorms Nearly four years on, Superstorm Sandy is still very much on the minds of witnesses to the deadly “Franken-storm” that submerged areas of lower Manhattan. Among the many arts institutions affected by the flooding was Eyebeam, a non-profit arts and technology studio, then located in Chelsea. Around half of its 3,000-strong collection of analogue and digital media works was submerged in around three feet of salt water, and $250,000 worth of equipment was damaged. Kara Van Malssen, a senior consultant with the data management consulting firm AVPreserve, who helped with the recovery efforts, offered advice she gleaned from the project: maintain contacts of local resources and get to know them; make the hard decisions, such as which pieces to prioritise, in advance; and anchor disaster preparedness into the organisation’s culture. She also stressed the need to migrate audio-visual media, and said that disaster preparedness is a motivating factor for this process. 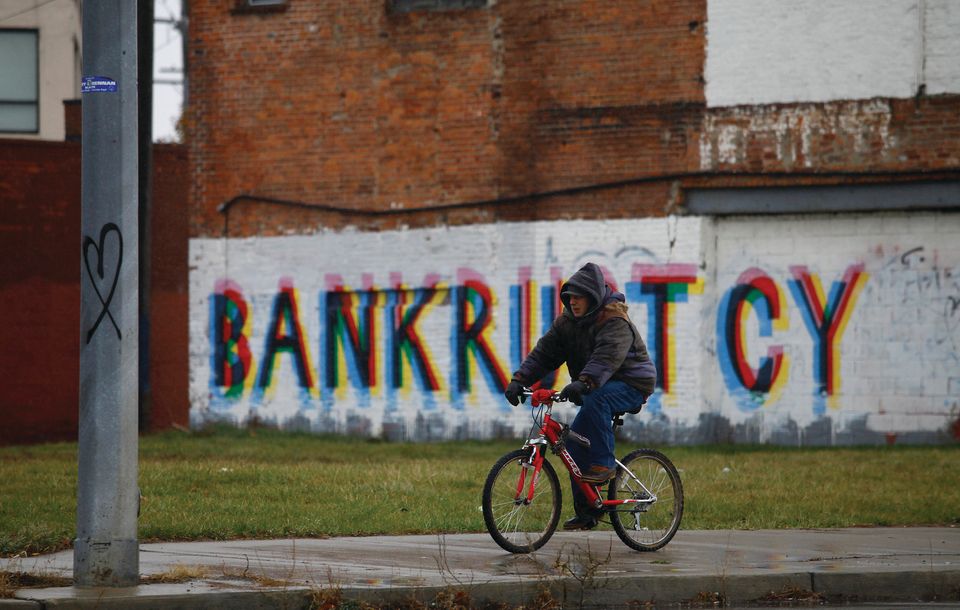 Bankruptcy The experience of treating Florence’s treasures after the Great Flood of 1966 and later disaster mitigation training left Barbara Heller, the director and conservator of special projects at the Detroit Institute of Arts (DIA), feeling as if she was suitably prepared for most conservation-related crises. But nothing could have prepared Heller and her colleagues for the “stress and uncertainty” caused when the museum’s owner, the City of Detroit, $7bn in debt, filed for bankruptcy in 2013. The city’s governor-appointed bankruptcy manager asked Christie’s to evaluate the DIA’s collection to see how much could be raised by selling off some of it. Heller researched the collection to confirm which works were donated to the museum and therefore could not be sold. While a deal was eventually struck that transferred the museum’s ownership to a non-profit corporation and thus moved the collection beyond the reach of the city, Heller stressed that access to a searchable archive was essential to her work. She discovered discrepancies in regards to ownership that were not noted in the collection’s database. 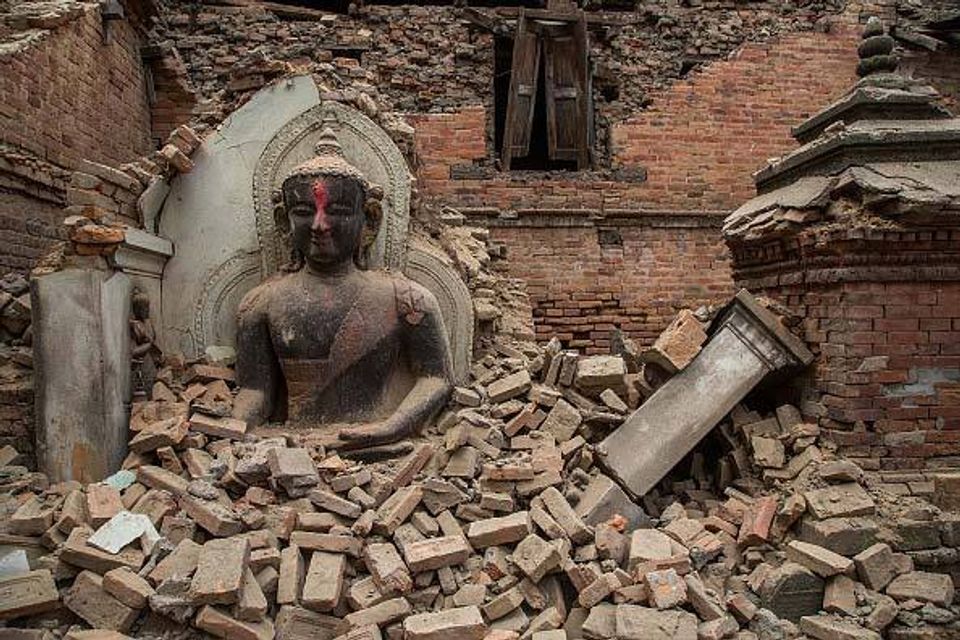 Earthquake damage at a temple in the historic city of Bhaktapur, Nepal, a Unesco World Heritage Site, photograph by Omar Havana/Getty Images)

Earthquakes Two presenters discussed the recovery efforts in Nepal after the deadly 7.8-magnitude earthquake in April 2015. Political instability, bureaucracy and a lack of capacity to implement some of the recovery projects were listed as challenges. Aparna Tandon, a project specialist from Iccrom, suggested tying cultural heritage first aid to humanitarian relief projects to make the most of funding—for example, training programmes for stonemasons. Gina Irish, a registrar at New Zealand’s Christchurch Art Gallery, provided a museum’s perspective on earthquake recovery. In February 2011, a 6.3-magnitude quake rocked Christchurch, killing 185 people and levelling parts of the city. Irish showed CCTV footage from the gallery that showed a sculpture crash to the floor, boxes shaking in a storage area and children, schooled in earthquake preparedness, dropping to the floor. The experience taught her, among other things, that solutions to problems such as how to brace items in racks can be found in unexpected places, including big warehouse supermarkets. The gallery reopened in late 2015. 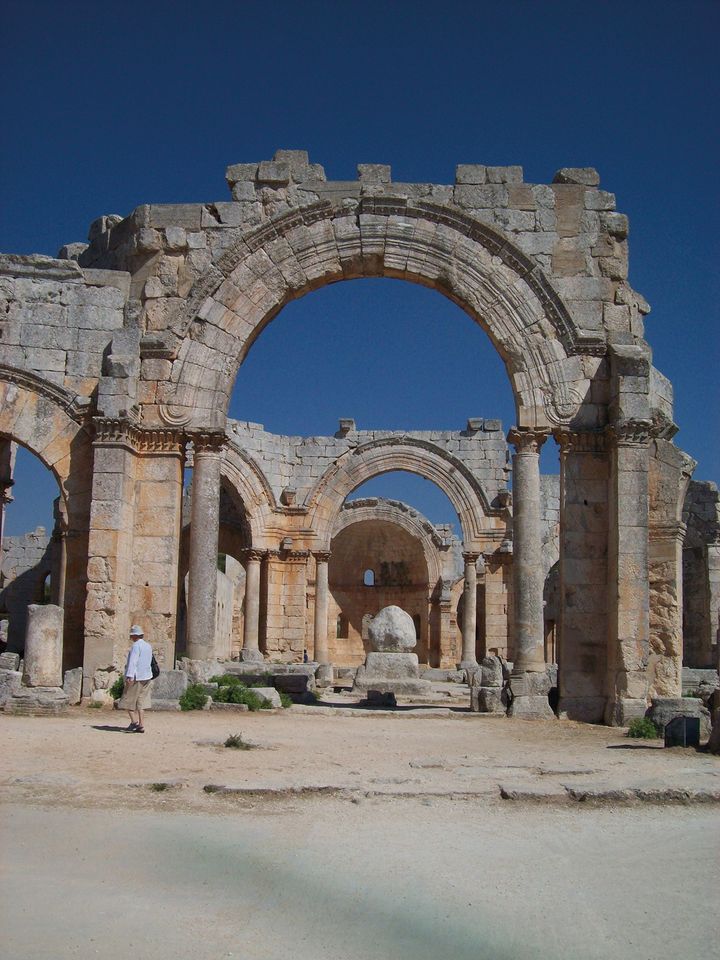 The church of St Simeon Stylites in Syria, before it was bombed earlier this year. J P BURGESS

War In recent years, we have become all too aware that man-made disasters, especially armed conflict, also threaten the world’s heritage. Brian Daniels from the Penn Cultural Heritage Center at the University of Pennsylvania Museum discussed the concept of community archaeology and the need to engage with heritage advocates on the ground. The Safeguarding the Heritage of Syria and Iraq (Shosi) initiative was born from this idea and involves, among other things, training local museum staff to prepare artefacts for transport and how to protect immovable artefacts. Shosi helped with the latter at Syria’s Ma’arra Mosaic Museum, which has many large mosaics encased in concrete. A layer of water-soluble glue was applied to the face of the mosaics and then covered with a piece of fabric. Sandbags were then placed in front. In June 2015, when a barrel bomb struck the museum, the mosaics remained largely intact. The museum was bombed again days before the conference and Daniels said the measures appear to have offered “some level of protection”. Geopolitics also can sometimes impede site protection, as was the case of the Church of St Simeon Stylites, Syria, that was bombed in May.

Top Disaster Preparedness Tips • It’s not the plan, but the planning that is key