Opening marks the completion of a seven-year restoration project

The Turkish Boudoir in the Château de Fontainebleau is open to the public for the first time in nearly 240 years following a seven-year project to restore the historic interior.

The bedroom, measuring 11 sq. m, and its two antechambers were made in 1777 for Queen Marie Antoinette in the opulent Orientalist style that was then fashionable. It had a chequered early history. Ransacked during the French Revolution, it was redecorated even more lavishly in 1806 by Joséphine de Beauharnais, Napoleon’s empress, who commissioned the noted Parisian furniture maker François-Honoré-Georges Jacob-Desmalter to create a bronze and mahogany suite of furniture.

After the fall of the empire it was used sporadically as a bedroom for courtiers and officials before being closed off and abandoned for more than a century. The restoration, which began in 2008, aimed to recreate the 1806 First Empire interior because most of the original 18th-century furnishings had been sold or lost during the revolution. 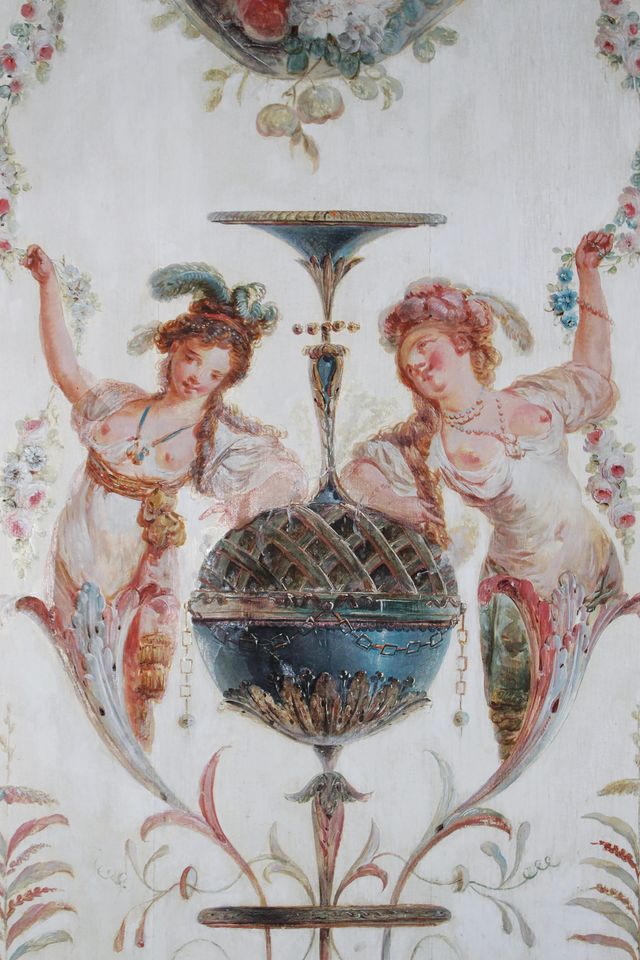 Detail from the First Empire interior

Up to the challenge

The mirrors, designed to work with the windows and translucent muslin drapes to create subtle light effects, are one of the most striking features of the bedroom’s Oriental design.

Replicating the original velvet fabric for the upholstery was entrusted to Tassinari & Chatel, a renowned silk-weaving firm founded in Lyons in 1680. A specialist weaver used a traditional hand loom to make the fabric; the project took 15 months to complete. The cleaning of the curtains and drapes—one of the most technically challenging tasks—was supervised by Isabelle Bedat, an expert in antique textiles best known for her research on the Bayeux Tapestry.

Around €350,000 of the €800,000 needed for the restoration was raised by exhibiting a replica of the interior—complete with the original furniture by Jacob-Desmalter—at Paris’s Galerie Aveline in 2012.