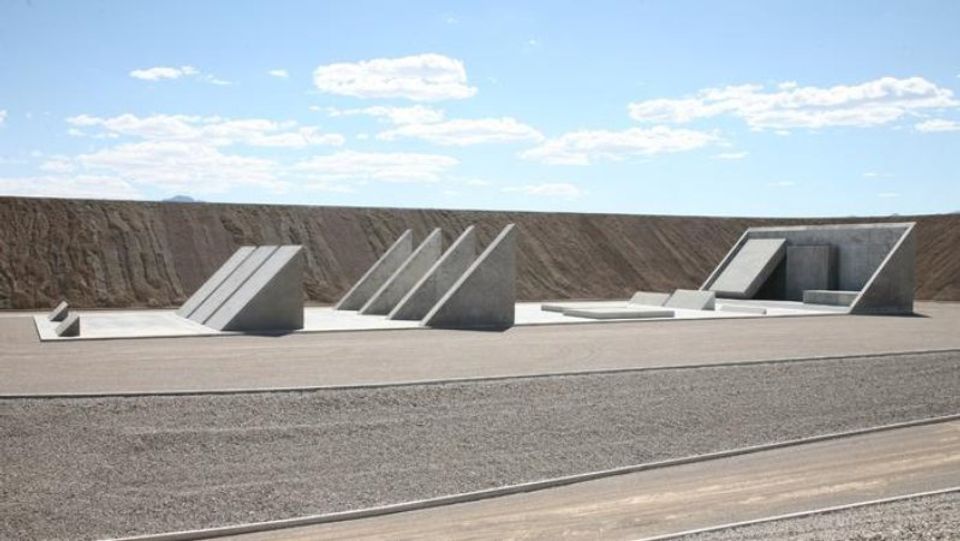 The size of a “handful” of national parks around the US could change following a report submitted to the White House last week by Interior Secretary Ryan Zinke. Although few details have been publicly revealed about the findings of Zinke’s review of 27 national monuments, ordered by President Donald Trump, at least five have been identified so far that could see their borders shrunk. Among them is Basin and Range, the federally protected land that surrounds Michael Heizer’s monumental land art installation City in the Nevada desert.

Nevada Senator Dean Heller told reporters in Las Vegas this week that there will be “some adjustments” to both Gold Butte and Basin and Range, “but they will be minor… You’re not going to see wholesale changes in those monuments.” Heller mentioned a water district in Gold Butte that would be “carved out” for the community. But he did not go into details about what would happen to the 704,000 acres in southern Nevada’s Lincoln and Nye counties, which includes the land around City and several Native American rock art sites, that President Barack Obama designated as theBasin and Range National Monument in 2015.

The Washington Post also identified 1.35m-acre Bears Ears and 1.9m-acre Grand Staircase-Escalante in Utah, and 113,000-acre Cascade-Siskiyou in Oregon, as sites that Zinke suggested be reduced. “The recommendations I sent to the president on national monuments will maintain federal ownership of all federal land and protect the land under federal environmental regulations, and also provide a much needed change for the local communities who border and rely on these lands for hunting and fishing, economic development, traditional uses, and recreation.”

Preservationist fear that these monuments could be opened to development and drilling. The designation of Basin and Range, for example, effective ended a long-stalled government plan to build a railroad that would transport nuclear waste through Garden Valley—right next to Heizer’s City—to a repository in Yucca Mountain. “Public lands and oceans are a public trust,” said Rhea Suh, the president of the Natural Resources Defense Council, in a statement. “Secret plans to raid those resources, forged behind closed doors, violate that trust.”

The Interior Department released a two-page summary of Zinke’s report to the White House, but it does not include any details on which monuments have been targeted for changes. It is still unclear how Trump will act on the recommendations, but under the 1976 Federal Land Policy and Management Act, only Congress has “the authority to modify and revoke withdrawals for national monuments created under the Antiquities Act”. Any unilateral movement on the president’s part is expected to end up in the courts.