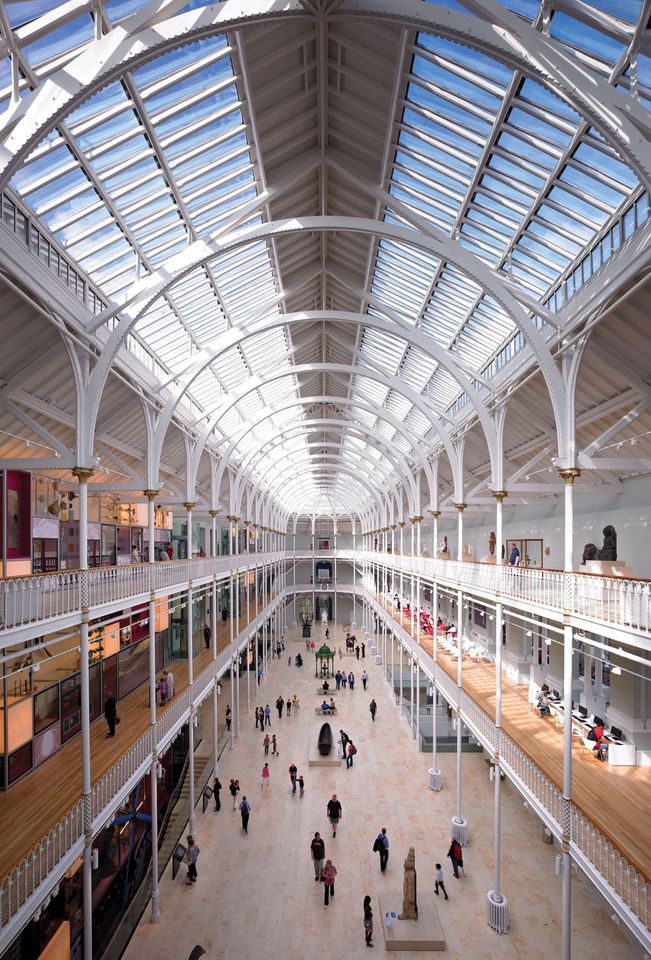 Among 12 million objects and specimens in the collection of National Museums Scotland (NMS), its director Gordon Rintoul names a massive wooden feast bowl from the Cook Islands as a favourite. Once owned by a Tahitian princess who improbably settled in Fife in the late 1800s, the artefact stands today in the Grand Gallery of the National Museum of Scotland in Edinburgh as a testament to the country’s connections with the wider world. True to its earliest origins in the Scottish Enlightenment, the museum is “a place where people can explore the whole world under one roof”, Rintoul says.

This is truer than ever today (8 February), as the museum completes the fourth and final phase of an ambitious transformation project, initiated by Rintoul in 2004. Revamped galleries devoted to Ancient Egypt, East Asia and ceramics are the last of 29 spaces to open, bringing to an end an £80m masterplan to turn the outmoded main building into a 21st-century museum, united with the 1998 building next door. The 15-year process has carved out 50% more public space and revealed more than 6,500 objects that had spent decades languishing in storage—including the princess’s imposing feasting bowl.

When Rintoul joined NMS in 2002, the Victorian building had “lost its way”, he remembers; much of the original architecture was obscured and some galleries had not been updated in “at least 75 years”. The basement was crammed with boxes of museum objects. Preliminary visitor research for the masterplan found that only 10% of people made it to the first-floor exhibits and just 5% to the third floor. “It wasn’t clear what the museum was or what it was trying to be, which led to strange juxtapositions,” Rintoul says. “On one floor you had British birds and on a floor above you had material from the Middle East—in an atrium space.”

The transformation, which involved closing most of the building for a major refurbishment by Hoskins Architects from 2008 to 2011, has made virtues of historic “problems”, Rintoul says. The birdcage-like spaces designed in the 19th century by Francis Fowke have re-emerged as the museum’s “biggest exhibit”, with open archways and atria serving as dramatic showcases for large objects such as an 18ft-tall stuffed giraffe and suspended planes. The “huge breadth of collections” is still visible, but ordered into four vertical stacks of galleries: art and design, natural world, science and technology and world cultures.

Underpinning it all was a vast clear-out, which moved millions of items to NMS’s ten-acre storage and conservation facility on the Granton waterfront, several miles north of the city centre. The museum “basement” was knocked through to become a cavernous entrance hall that faces directly on to the street. “It was a huge effort to increase the amount of public space but also to enable curators to thoroughly review collections,” Rintoul says. “And that brought to light lots of new objects that either had never been displayed or have gone on display for the first time in a generation or more.” 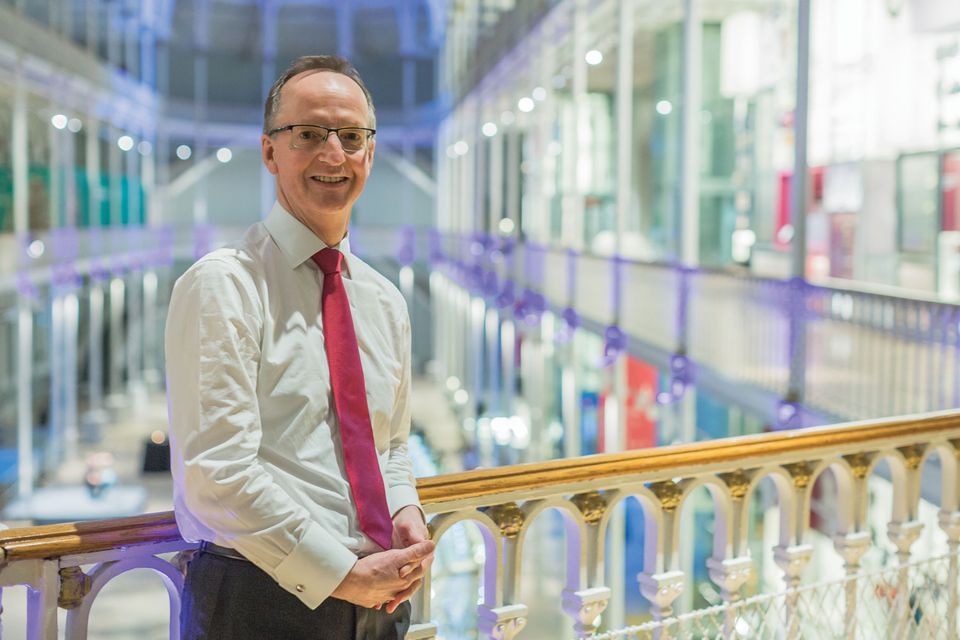 One such rediscovery even sparked a row with the Egyptian antiquities repatriation department last month. After an announcement that a rare casing stone from the Great Pyramid of Giza will feature in the museum’s new Egypt gallery, the department’s supervisor-general demanded proof that the artefact was legitimately acquired. “They have asked for information and we will give them references to the original background,” Rintoul says. The stone came to Edinburgh in 1872 with an engineer in the service of Scotland’s astronomer royal Charles Piazzi Smyth, who was authorised to research the pyramids by the Ottoman viceroy of Egypt. “It was all very thoroughly documented at the time, but I think it’s an interesting example of something no one knew we had,” Rintoul says.

The new Egyptian displays are strategically placed on the top floor, he says, “to encourage people to go up and explore the building”. An estimated 45% of visitors currently venture off the ground floor, while overall attendance has climbed to 2.3 million. According to the Association for Leading Visitor Attractions, the free-entry museum was the most popular UK attraction outside London in 2017. Rintoul credits an extensive public consultation before and during the redesign. “I don’t think we would have ended up tripling the number of visitors if we hadn’t had that visitor focus,” he says.

The figures also show “a very unusual pattern” of sustained increase in years without major gallery openings, which Rintoul attributes to word-of-mouth recommendations and a lively public programme. In the summer, the museum becomes an official venue of the Edinburgh Festival Fringe, hosting regular music, comedy and theatre performances.

Rintoul expresses trepidation at the uncertain impact of Brexit on visitors—not to mention staff, funding and the circulation of museum objects—but, for now, the museum is riding high on its leading role in the Scottish museums sector and growing international profile. Future plans include a Lottery-funded programme of Egyptian and Asian art displays at partner museums across Scotland and a 2020 exhibition of the Galloway Hoard of Viking-era gold and silver, which NMS acquired in 2017 after fundraising nearly £2m. The Scottish government has pledged £150,000 to support the hoard’s two-year national tour.

And the museum’s refreshed permanent galleries are unlikely to stay permanent for long. “We have tried to plan from the beginning how we might update them,” Rintoul says. “We didn’t want to create another museum that in 75 years’ time will look 75 years old.”

about 13 hours ago
‘The Colosseum is the last thing I would spend money on’: experts angry over plans for €15m floor at Italy’s most famous site