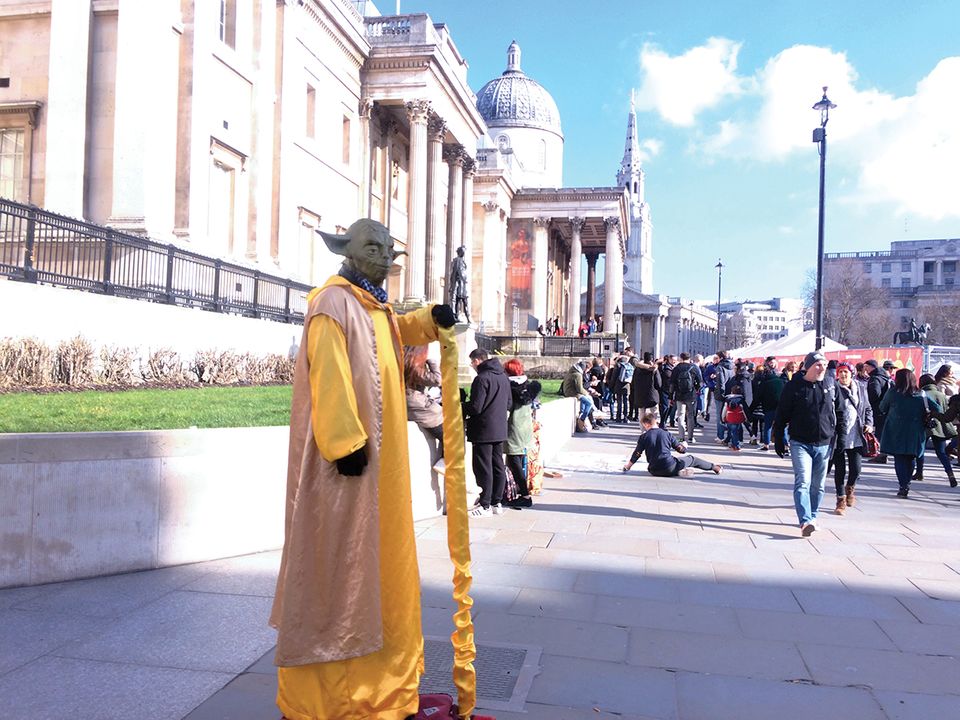 Visitors outside the National Gallery in Trafalgar Square Katherine Hardy

Visitors to the National Gallery and the neighbouring National Portrait Gallery (NPG) in London have dropped off dramatically last year. This has raised concerns within the Department for Digital, Culture, Media & Sport, which is “working closely” with the museums “to better understand the recent decline”, according to a spokeswoman.

The National Gallery had 6.3 million visitors in 2016, but this fell to 5.2 million last year, a drop of 17%. The NPG did much worse, with numbers decreasing from 1.9 million to 1.3 million—a fall of 35%. The data for May to December 2017, as reported in the Times newspaper, presented an even more dismal picture, with a decline for the NPG of 42%.

Although these two institutions suffered the largest decreases, visitors to the British Museum fell by 8%. Tate Modern was stable, however, and Tate Britain’s total rose by an impressive 64%, boosted by its David Hockney exhibition, although from a fairly low base, since visitor numbers have been stagnant in recent years.

The number of visitors to the Victoria and Albert Museum increased by 26%, again helped by a single exhibition (about the British band Pink Floyd), emphasising the importance of blockbusters in attracting visitors.

So why have the Trafalgar Square galleries fared so badly? Fear of terrorism might have discouraged visitors, following the Westminster Bridge, Finsbury Park and London Bridge attacks in March and June 2017, but these atrocities took place across London and might have been expected to have affected all venues in the capital.

The number of foreign tourists visiting London rose by more than 5% last year, following the fall in the value of the pound, largely as a result of Brexit. They make up a significant proportion of visitors to the main London museums, but the decline in numbers at the National Gallery has been in domestic visitors. The museum’s trustees were told last autumn that “overseas visitor numbers were not down and the fall in numbers seemed to be in visitors from the UK”.

Attendance at national museums is increasingly dependent on temporary exhibitions, with nearly half the NPG’s visitors coming to see specific shows. A spokeswoman for the institution pointed out that it had held two blockbusters in 2016: Vogue 100, a show of photography published in British Vogue over the past century (it drew 152,000 visitors, making it among the most popular exhibition in the gallery’s history) and Picasso Portraits (136,000 visitors). However, there was only one blockbuster last year, Cézanne Portraits (also 136,000 visitors).

Meanwhile, the NPG closed to the public on 19 February to rent out its entire space to the fashion designer Erdem for a fashion show. On a normal February day, the institution might attract up to 5,000 visitors, and many of these would not have heard about the closure before their arrival. A spokesman for the gallery says that it “is a charity and has to self-generate more than 70% of the funds needed”.