The Tehran Museum of Contemporary Art will devote its entire space to a display of work by the Belgian artist and conceptual provocateur Wim Delvoye in March. Delvoye has spent much time in Iran during the past three years and is restoring a former palace and school there, which he might open as a gallery, he tells us.

The show is a measure of the growing cultural ties between Iran and the West, but is surprising nonetheless. Delvoye is best known for projects such as his Cloaca machine, which reproduces the human digestive system and creates faeces that are, apparently, indistinguishable from the real thing. He has also shown, in galleries around the world, the pigs he tattoos in China with Louis Vuitton designs and Walt Disney characters. 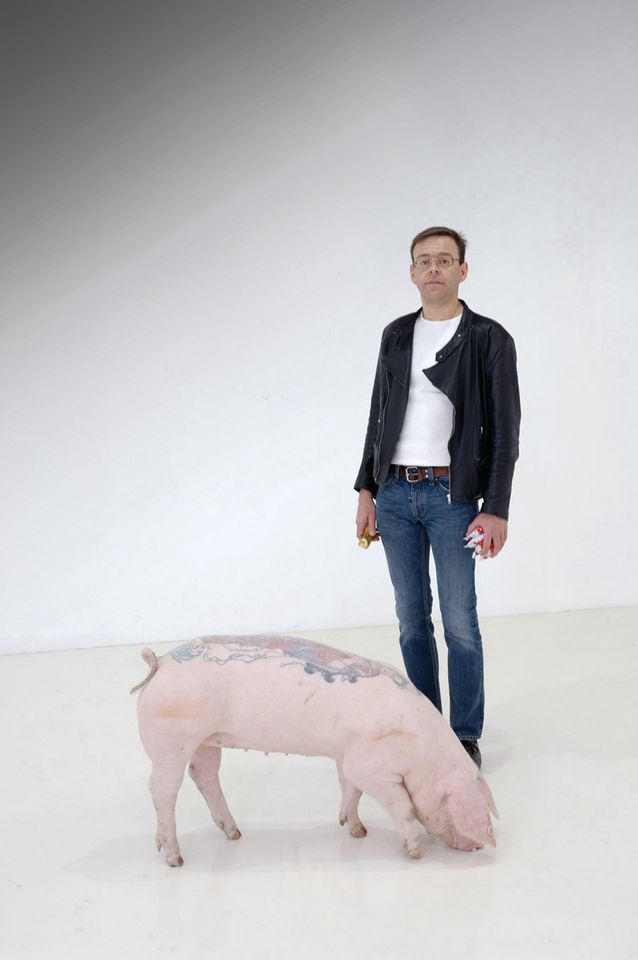 These works will not travel to the state-owned museum in Iran, Delvoye tells us, explaining that the art is being carefully sel ected to avoid offending his hosts. “For Iran, we were super-careful,” he says, adding that there has been extensive dialogue with curators in Tehran, who have given the artist and his team a lot of “feedback”. The process was “surprisingly easy”, Delvoye says, but, in any case, he “wasn’t planning anything strange”. He is full of praise for staff at the museum. “They are very professional; they are easier to work with than the Louvre,” he says, referring to an exhibition of his work at the Parisian institution in 2012.

The Tehran museum hosted a retrospective of the late German artist Otto Piene in February and a show of work by the German sculptor and installation artist Günther Uecker in 2012, but Delvoye’s exhibition will be the first time that the institution will devote its entire space, including nine galleries and the gardens, to a non-Iranian artist.

The show will feel like a retrospective, Delvoye says, but it will also include new metalwork pieces made by Iranian artisans in the city of Isfahan. These include a series of aluminium Rimowa-brand suitcases, embossed with traditional designs by craftsmen who more typically work in silver or brass, as well as the frame of a Maserati sports car decorated in a similar style. Other pieces, such as car-tyre sculptures and Delftware gas cylinders, reflect the artist’s subversive approach to brand-name culture.

Delvoye seizes the day Delvoye has bought a former palace and school in the city of Kashan, which he has been carefully restoring for possible use as a gallery. He has also collected works by Iranian artists, and compares the country and its culture to “a beautiful fairytale that has been asleep for 35 years. Now it has woken up.”

Delvoye was first offered a show in Tehran informally around three years ago, but he only decided to take the chance more recently. He sings the praises of Iran and its contemporary art scene, noting that there are 50 galleries showing work in Tehran, including art by many female artists. “Iran is not what people think it is. It’s ridiculous to depict it as an evil country,” he says.

The museum gave Delvoye permission to include one work of art from his Rorschach sculpture series, which includes a naked shoulder and was recently shown in an exhibition in Baku, Azerbaijan, but the artist ruled it out, along with his trademark pigskin works. However, the Tehran display will include ten aluminium floor pieces constructed from photographs of salami and ham in the manner of marbled mosaic tiles.

Delvoye says that he likes to seek out places to show his work that are off the beaten track, but that he always shows respect for local culture. He compares the current atmosphere in Iran with the lure of India in the 1980s, and says that if he was a young artist, he would choose it as a place to have a studio. 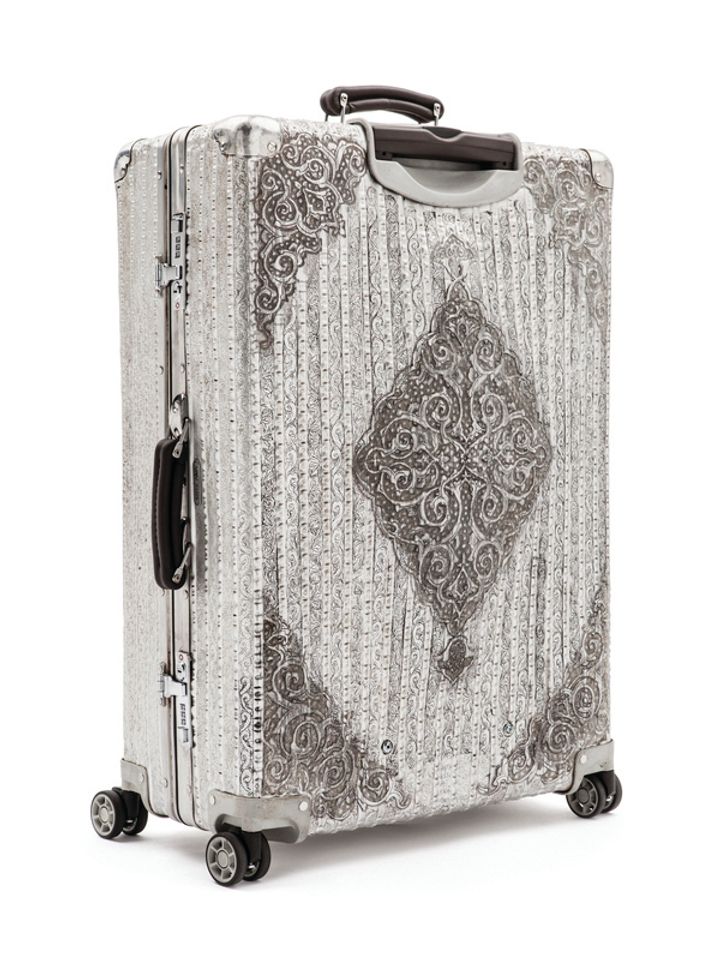 The Tehran exhibition, which is due to open on 7 March and run for three months, has been brought together by Vida Zaim and Leila Varasteh; the two women have organised solo and group shows and auctions of Iranian work in Paris, New York, Dubai, London and Tehran. “It’s an honour to have Wim showing in Iran with these pieces inspired by my country,” Zaim says.

Majid Molla-Norouzi, the director-general of Iran’s Visual Arts Office of the Ministry of Culture, says that the exhibition is being staged “in the interests of international co-operation in art”. He adds that the institution’s Iranian audience will find attractive the traditional Isfahan designs etched on to some of Delvoye’s works.

The invitation list for the exhibition’s opening is expected to include the director of the Whitney Museum of American Art in New York and other leading directors and curators. The Iranians are handling the transport of the works because sanctions still make insurance difficult.

In October, a deal between Iran and the State Museums Berlin and the Prussian Cultural Foundation was announced. Under the terms of the agreement, the Tehran museum will send a selection of work from its great collection of 20th-century Western art, assembled just before Iran’s revolution, as well as pieces by Iranian artists, to Berlin for a show in 2016. A tour including paintings by Gauguin, Picasso and Rothko could travel beyond Berlin, possibly to the US and the Hirshhorn Museum and Sculpture Garden in Washington, DC.

“The collection [being sent abroad] is a good indication of [the museum’s] willingness to collaborate on ongoing projects,” says the London-based curator and gallerist Janet Rady, who is a leading expert on Iranian art. “It’s so encouraging that a major Western artist is now being invited to show there.”

about 13 hours ago
Hackneyed old Hockney: Museums need to be courageous, even in survival mode