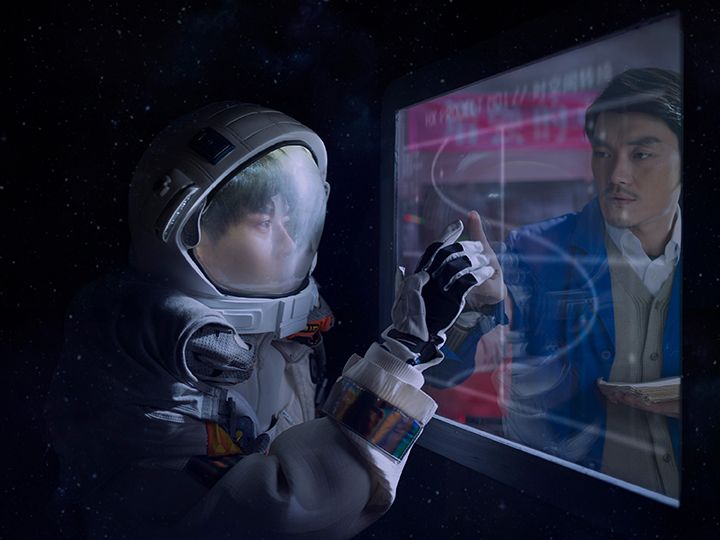 The Chinese artist Cao Fei has won the 25th edition of the Deutsche Börse Photography Foundation Prize for her 2020 Serpentine exhibition Blueprints, her first solo exhibition in the UK.

Blueprints was shown at London’s Serpentine Gallery between March and September 2020, and included her most recent film work, Nova, which depicts a romance suspended in a liminal state between the real and the digital.

Noting it was made before the pandemic, Dannemann describes the film as “a great project of our time, one capable of explaining the moment we’re in and exploring what the future could hold for us.”

Brett Rogers, the director of The Photographers’ Gallery, said Cao's work spoke of “the importance and fragility of human connection, the power of love and the ethics of technology.” 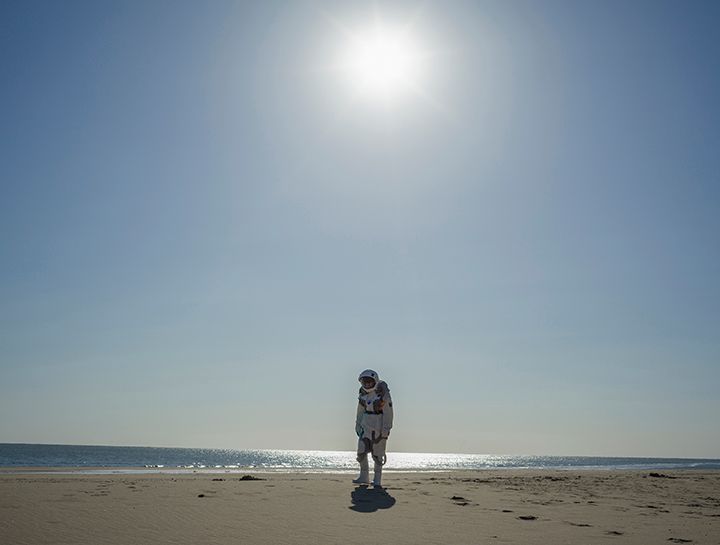 The Photographers’ Gallery exhibition features a selection of large-scale photographs alongside an installation of Nova. Cao will now receive a £30,000 prize towards the development of her practice.

Speaking to The Art Newspaper, Dannemann described Cao as an artist capable of “reshaping the way we tell stories through photographs.”

“She uses photography to ask us what it means to exist in the digital sphere,” Dannemann says. “She explores how we can continue to have real, human relationships whilst being online, and she looks at how we progressively identify primality as a digital entity.”

Dannemann also paid tribute to the three other shortlisted artists, Poulomi Basu, Alejandro Cartagena and Zineb Sedira, whom she called “fantastic image-makers—each of whom stretch the medium of photography in incredibly exciting ways. Their work, seen together, really addresses the issues of our time.”

Cao was born in 1978 in Guangzhou, China, and now lives in Beijing. She bases much of her work on the city’s Jiuxianqiao district where she lives and works. Via a mixture of film, photography, sculpture and digital media, she examines the social history and urban transformation of Jiuxianqiao as well as the enormous impact of digital technologies on modern Chinese life.

The Deutsche Börse prize will only burnish an enviable résumé for Cao in the West. As well as the Serpentine exhibition, her work has been shown at New York’s MoMa and Solomon R. Guggenheim Museum as well as the Fondation Louis Vuitton, Palais de Tokyo, and Centre Pompidou in Paris. She also received the Chinese Contemporary Art Award Best Young Artist Award in 2006 and Best Artist Award in 2016.

Even so, Dannemann feels Cao is yet to be properly recognised in her native country.

“Although she’s a Chinese contemporary artist, she has gained more recognition abroad than in her home country, even though she’s addressing China in her work,” Dannemann says.

Dannemann does not believe that the subjects at play in her work could potentially upset the Chinese state. “She’s an extremely clever artist,” Dannemann says. “She’s able to get away with being critical of China through her ability to create very seductive images. She manages to tread the line, in my opinion, between being political but also ensuring her work is able to be shown in China, in part because what she creates is so beautiful. I think she’s managed to circumvent the censors in that way.”

The Deutsche Börse prize “recognises artists and projects deemed to have made the most significant contribution to photography over the previous 12 months”. The jury consisted of the artist Cristina de Middel, the curator Simon Njami, Moderna Museet curator Anna Tellgren, the director of the Deutsche Börse Photography Foundation Anne-Marie Beckmann and the director of The Photographers’ Gallery Brett Rogers as the non-voting chair.