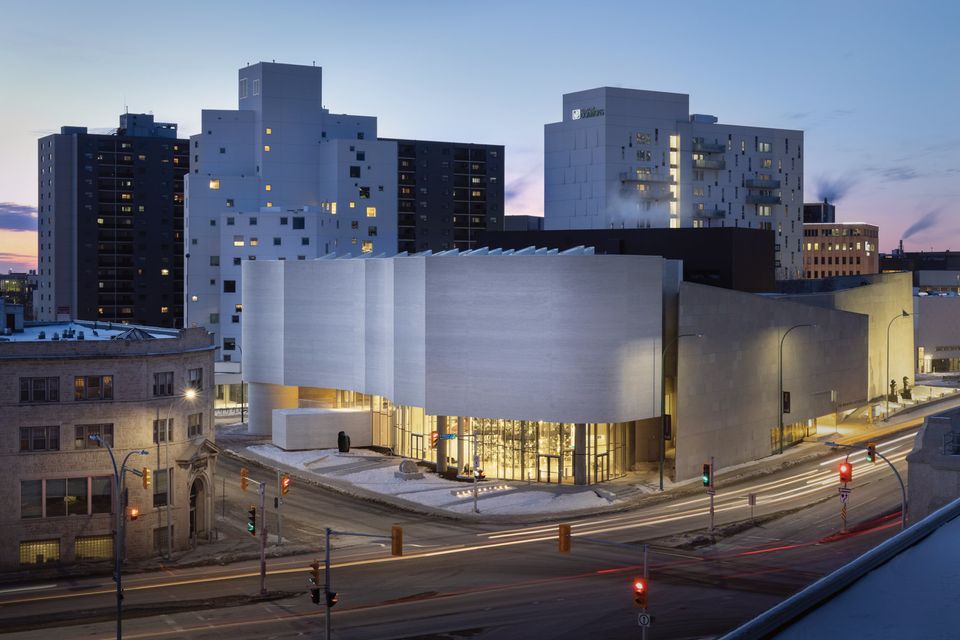 The Qaumajuq centre will display thousands of works by Inuit artists owned by the Winnepeg Art Gallery. While the institution holds the largest collection of Inuit art in the world, most of it had been kept in storage until now Photo: Lindsay Reid

The Winnipeg Art Gallery (WAG) will on 27 March mark the public opening of its Qaumajuq centre, a $C65m ($52.4m) extension of its downtown building that features a groundbreaking presentation of Inuit art. A two-part virtual celebration unfolds today and tomorrow.

The new museum within a museum is intended not only to champion Inuit works but to “acknowledge our colonial past and move forward in the spirit of reconciliation and collaboration”, says Stephen Borys, the director of the WAG. The centre, whose Inuktitut name translates as “it is bright, it is lit”, showcases more than 10,000 Inuit works from the WAG’s collection that had been little studied and relegated to storage. Borys says the new entity was developed in line with the final recommendations of Canada’s Truth and Reconciliation Commission, reached in 2015 after a seven-year effort to address historical injustices to Indigenous peoples.

The four-storey, 40,000 sq. ft facility, designed by the Los Angeles-based architect Michael Maltzan with the Winnipeg firm Cibinel Architecture, includes an 8,000 sq. ft exhibition space, a 90-seat theatre, a café and art studios. It also features a three-story glass vault that holds around 5,000 Inuit works. Visitors will be able to see conservators and curators working within the vault, which is visible from outside through a street-level glass facade.

A recent online preview event for Qaumajuq began with a land acknowledgement, or formal statement intended to recognise Indigenous communities as the original stewards of the region. The WAG was built on the ancestral lands of the Anishinaabe, Ininiwak, Anishininiwak, Dakota and Dene peoples, and on the homeland of the Métis Nation.

The centre’s inaugural exhibition, Inua (27 March-19 December), meaning “Inuit move forward together” and organised by a team of Inuit curators, presents the work of more than 90 contemporary Inuit artists, including several new commissions. It will be accompanied by a series of virtual programmes that seek to advance the understanding of historical and contemporary Inuit art. 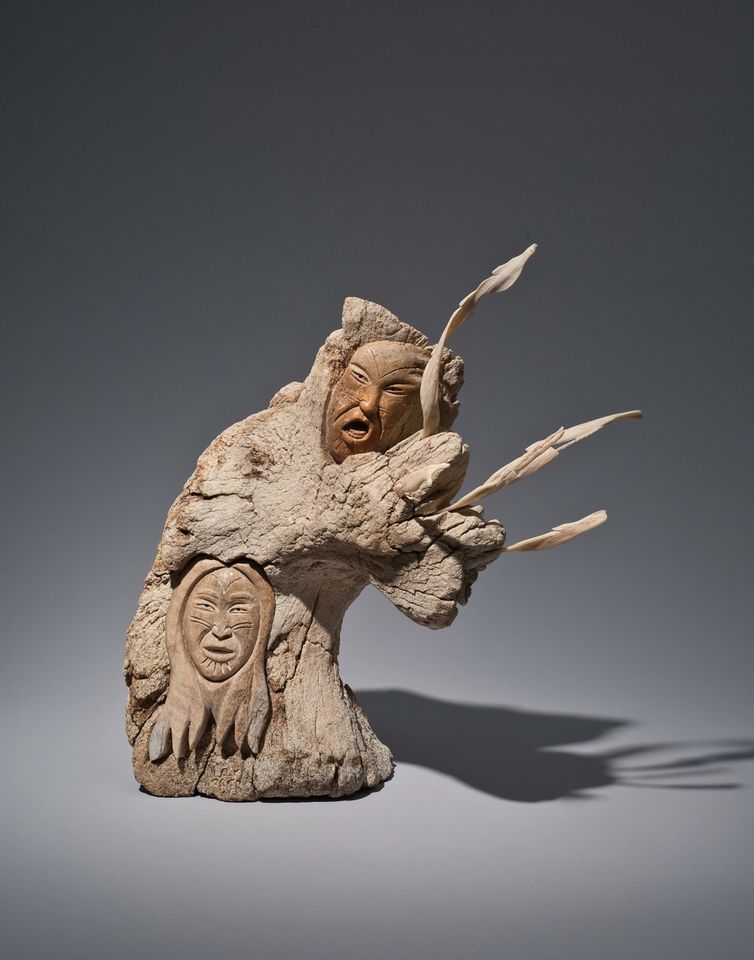 Founded in 1912, the WAG holds the largest public collection of Inuit art in the world, comprising around 14,000 pieces by more than 2,000 artists that date back as far as the 1880s. In 1964, it became the first museum to organise a major exhibition dedicated to Inuit carvings, and it was the first to appoint a full-time curator of Inuit art in 1972. Despite those milestones, its collecting history—as with most institutions that own Indigenous works of art—is fraught.

The Vienna-born curator Ferdinand Eckhardt became the director of the WAG in 1953 and acquired Inuit soapstone carvings for the museum from the Hudson’s Bay Company (HBC) in Winnipeg, a historic fur trading post that had a pivotal role in the development of Canada and the displacement of Inuit communities. He was later criticised for framing Inuit works as an advanced form of folk art and failing to give the artists the same due as their European counterparts.

Other colonial undertones, like the problematic history of the HBC, its entanglement in colonialism and its role in commercialising and exploiting Inuit artists, were also largely ignored in subsequent shows, some critics argued. Most of what eventually arrived in the WAG’s Inuit collection was donated by Winnipeg-based collectors with ties to the HBC, which now operates as a chain of department stores.

The lead curator of Inua, Inuk art historian Heather Igloliorte, and the WAG’s head of Indigenous initiatives, Julia Lafreniere, who is Métis, say the curatorial framework and programming of the museum will act as a rebuttal to the WAG’s past and challenge the anthropological presentation of Indigenous histories in museums. Organisers will continue to collaborate with a panel of Nunavut advisors to ensure that Indigenous voices are at the forefront from now on.