Organisation points out that Peru has not carried out an analysis of the heritage impact on Machu Picchu, Cusco and an Inca road network as requested by Unesco 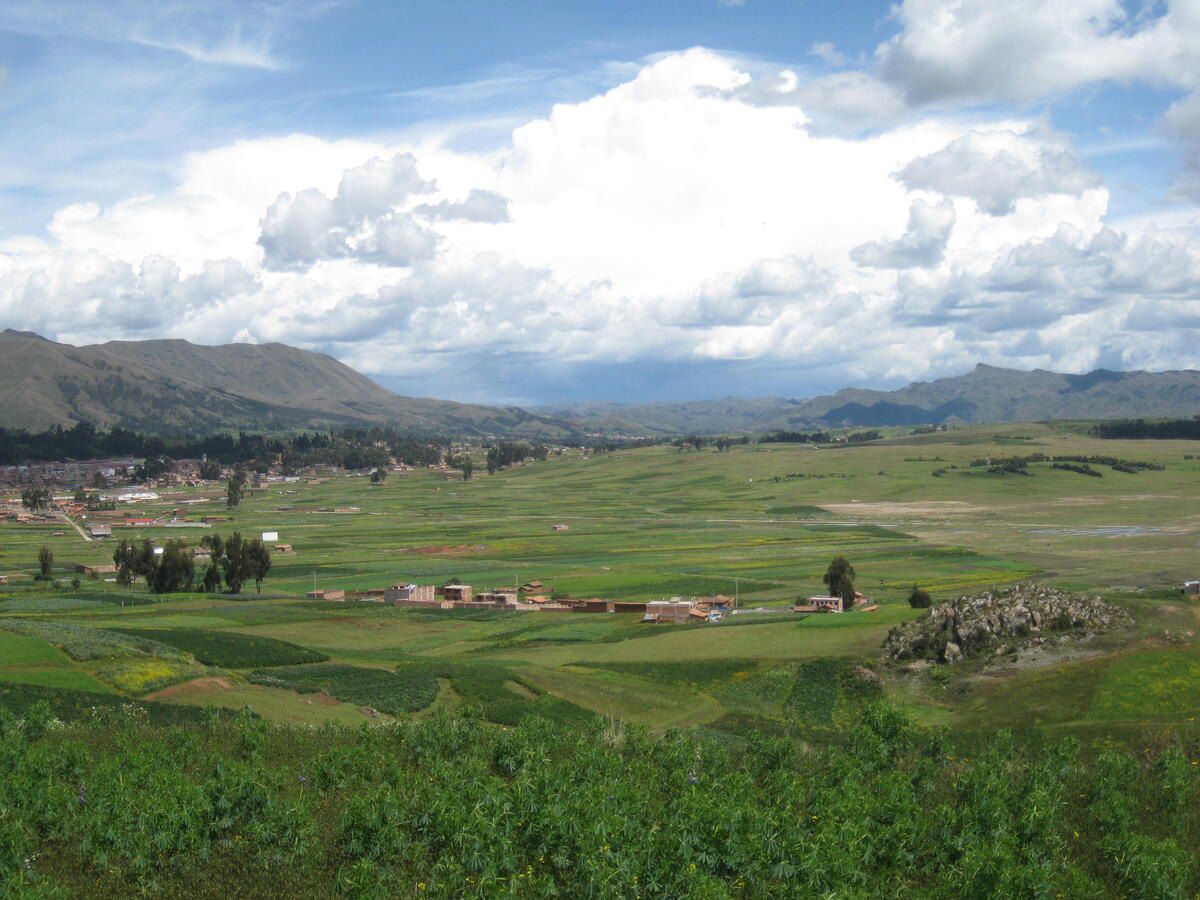 The World Monuments Fund (WMF) has called on the Peruvian government to halt the next phase of construction of an airport outside the Andean town of Chinchero and conduct a heritage impact assessment to prevent irreversible damage to treasured Incan sites.

The WMF designated the Sacred Valley of the Incas, which stretches from the city of Cusco to Machu Picchu, the crown jewel of Inca heritage, a 2020 World Monuments Watch site. The move arose out of concern that the multibillion-dollar airport would destroy the traditional fabric of Indigenous communities and lead to a sprawl of development that would threaten the material remains of Inca culture on the Chinchero plateau and sites nearby.

The new airport is intended to deliver tourists much closer to Machu Picchu than the current airport at Cusco, which has only one runway. Travel to the Inca citadel involves a 3.5-hour train ride from Cusco and then a shuttle bus trip or hike to the site. (Machu Picchu is currently closed until at least 14 February because of a Covid-19 lockdown in the Cusco region.)

Land clearing for the airport began in December 2018, and the government has estimated that it will open in 2024, although the coronavirus pandemic led to a pause in displacing and flattening the land to ready it for construction work, according to the vice president of the WMF’s Peru branch, Martha Zegarra.

Last month the government announced a second phase of land preparation that would involve moving over 16 million cubic metres of dirt across 497 hectares, or all of the property allocated to the airport, says Zegarra.

Unesco had asked the Peruvian government in November 2019 for a heritage impact assessment (HIA) for the three historic places in the Cusco area that Unesco has declared to be World Heritage sites: the city of Cusco, the Qhapaq Ñan road network and Machu Picchu.

“At first, an HIA was prepared, which indicated impacts to Machu Picchu, but it was disregarded” because it did not comply with Unesco requirements, Zegarra says. The South Korean company in charge of the construction project then hired a US-based consultant to carry out the heritage assessment. “Nonetheless, the government has publicly stated that the HIA is not binding and that they will move ahead with land removal,” she adds.

In a letter to Peru’s president, Francisco Sagasti, the WMF notes with dismay that the government announced that the second stage of land removal would begin in February even though Unesco’s request for the heritage study had not been met.

“The land removal will mean the irreversible destruction of the cultural landscape of Chinchero, so we request that you postpone the start of these works until the heritage impact assessment can be evaluated by Unesco and it is made available for all citizens of Peru and the world,” the letter states. “We consider that before undertaking these irreversible actions, Peruvian and world citizens deserve to know in greater detail the impacts that the project will have on the heritage sites of Chinchero, the Sacred Valley of the Incas and the World Heritage sites indicated by Unesco.”

“It is our responsibility as custodians of cultural heritage to preserve them for future generations,” it adds. Zegarra said the WMF had not yet received a response from the government.

Of particular concern, she notes, is the possibility that the land removal will affect the water supply from the lagoons surrounding Chinchero, which provide water to Sacred Valley districts and to Cusco.

“The airport further reveals a commitment to increasing tourism in a manner that nowadays is considered unsustainable,” Zegarra says. Meanwhile, she continues, land speculation in the Sacred Valley has already resulted in Yanacona communities being paid significant amounts for their land and in “disorderly urban growth, which “has already affected Chinchero’s architectural identity and has broken down the traditional social structure”.

A portion of the Incas’ Qhapac Ñan road network lies within the airport construction area and is also therefore threatened, Zegarra adds.

The WMF is hoping for an official response. “We would appreciate it very much if all of us who are concerned by the airport’s potential impact could sit together with the president, his cabinet and Cusco authorities,” and “evaluate the real impacts, and feasible mitigation actions,” Zegarra says.