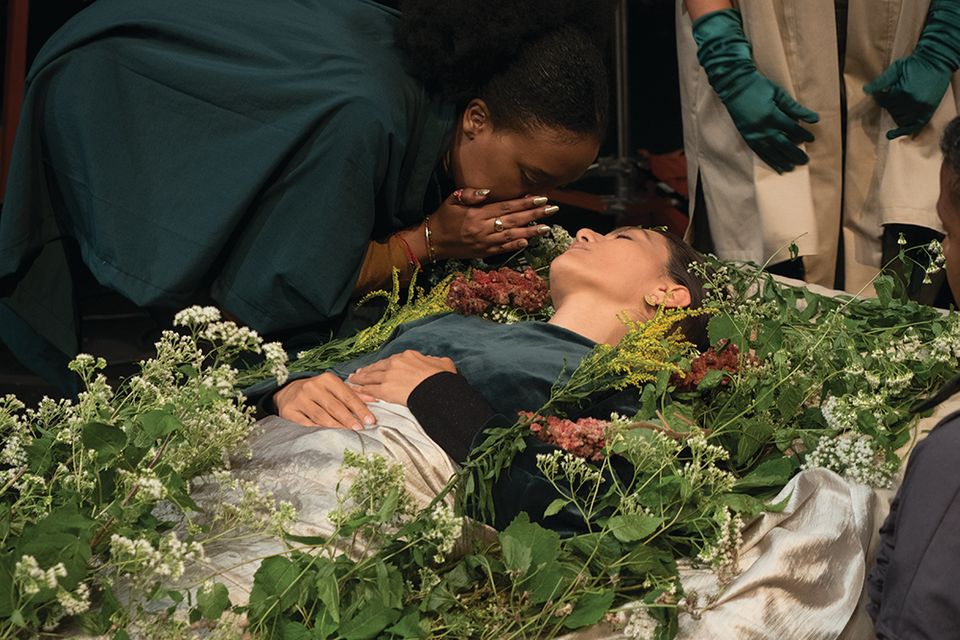 While it is yet to be decided if a woman will be on the ballot for US president in 2020, an art-world project will ensure that women get more of a platform at the museum level around election time. Started by the curator Apsara diQuinzio, the Feminist Art Coalition (FAC) is a loose, grassroots organisation which aims to promote dozens of women-first exhibitions, performances and programmes in autumn 2020.

“The idea, for me, really came out of the election of Donald Trump and feeling this urgent need to do something,” says diQuinzio, the senior curator of Modern and contemporary art at the Berkeley Art Museum and Pacific Film Archive. She says she was inspired by the 2017 Women’s March and “the way people were able to collectively come together in this important way to send a message about women’s rights”.

DiQuinzio reached out to a few museum curators to create a working group, secured a $50,000 curatorial grant from the Warhol Foundation in 2017, held a roundtable the following year, and quickly started inviting other US non-profits to participate. “We sent out mass emails to everyone we knew in the field and pitched it at several conferences, so this was meant to be a word-of-mouth, democratic process,” she says.

We sent mass emails to everyone we knew… This was a word-of-mouth, democratic process Apsara diQuinzio, founder of the Feminist Art Coalition

FAC’s main platform, the website feministartcoalition.com, is set to go live on 5 November this year, when many local elections take place. The site will list the participating museums (50 to start, with more likely to join) and carry recommendations for books and videos, as well as essays on hot-topic issues commissioned by the coalition, with others to be generated by participating institutions.

One of the most anticipated shows is Witch Hunt, a survey of mid-career feminist artists organised by Connie Butler and Anne Ellegood to be hosted jointly at their institutions, the Hammer Museum and the Institute of Contemporary Art, Los Angeles. “They’re bad-ass mid-career artists,” Butler says.

Among the women with solo shows under the FAC umbrella is Judy Chicago, whose retrospective at the de Young Museum in San Francisco is due to open next spring. The Brooklyn Museum will also have a retrospective: Lorraine O’Grady: Both/And, organised by Catherine Morris and Aruna D’Souza, to showcase the artist's diptychs and her other strategies for non-binary thinking. And the Massachusetts Institute of Technology’s List Visual Arts Center in Cambridge will present the Boston-born, Berlin-based artist Dorothy Iannone, who promotes an ideal of “ecstatic unity” through her vivid images of sexual coupling.

Other contributions will be more temporary, such as the premiere of Beatriz Santiago Muñoz’s film Dicen que Cabalga Sobre un Tigre (they say she rides a tiger) next October at the Experimental Media and Performing Arts Center at Rensselaer Polytechnic Institute in Troy, New York.

DiQuinzio’s own exhibition for the Berkeley Art Museum, New Time: Art and Feminisms in the 21st Century is a broad survey of feminist practices from 2000 to 2020, featuring some 70 artists and more than 100 works. “It’s not comprehensive, it’s not WACK! [the pivotal feminist exhibition organised by the Museum of Contemporary Art, Los Angeles in 2007.] But it is the biggest show I’ve ever done,” DiQuinzio says. Visitors can expect to see works grouped by themes such as “activism, labour and domesticity,” the idea of hysteria, and feminist utopias.