Despite their disappointment, they remain optimistic 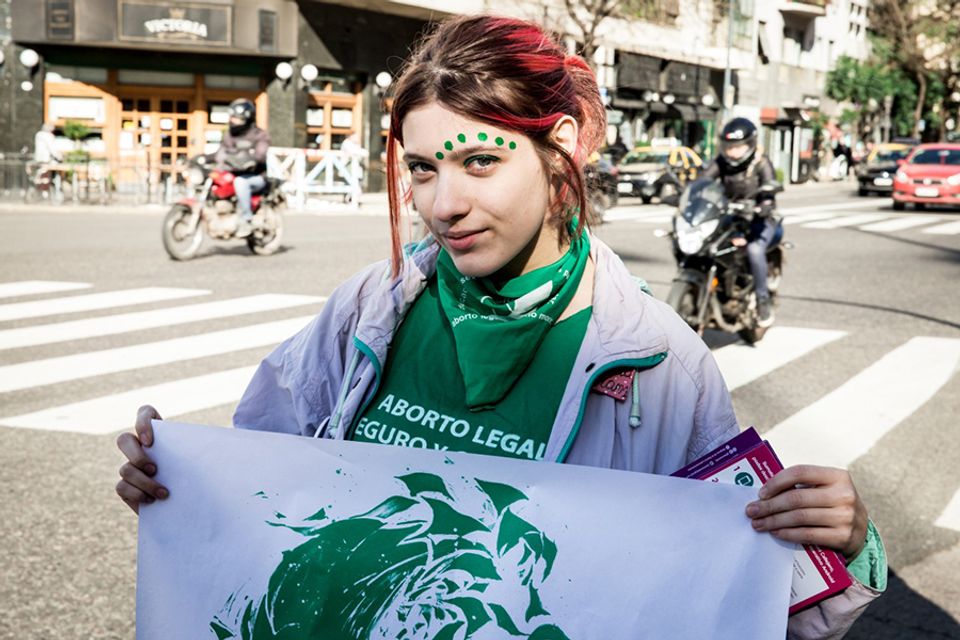 Women in the arts in Argentina have spoken out in protest of the rejection of a Senate bill to legalise abortion, expressing outrage but also their hope for the future.

“To listen to the senators’ presentations was devastating,” the curator Andrea Giunta, who co-organised the recent US exhibition Radical Women: Latin American Art, 1960-85, tells The Art Newspaper in an email. “There are two countries, one represented by what the society is demanding—the legalisation of abortion—and the other inside of the institutions, at the Congress”, which she calls “reactionary.” She points to one senator who voted “no” without reading the proposed law.

The bill was defeated early Thursday 9 August, by a vote of 38 to 31, with two abstentions.

Giunta was among the members of Nosotras Proponemos (We Propose), a feminist collective of women in arts professions in Argentina, to participate in demonstrations attended by 1m people around in the country on 8 August in support of the bill. Artists in the group, including Silvia Gurfein, Karina Granieri, Karina Peisajovich, Estefania Papescu, Jimena Fuertes, Lujan Funes and Laura Bilbao, made posters in green, the colour worn by supporters, and plastered them around the Buenos Aires neighbourhood where Congress meets, the site of the demonstrations in the capital. Passers-by were invited to add their own commentary on the posters. Women in the group also read poems and texts and participated in other performances.

“We are appalled,” Nosotras Proponemos says in a statement about the vote. “The negative vote is demonstrative of the influence of the Catholic Church and patriarchal nature in and of our country.” However, in view of the protests, the group remains optimistic about the future. “It is clear that we have come out of the darkness,” the statement says. “We are here, present, audible and visible, as was clear from the more than a million supporters on the streets yesterday all over the country.”

“Overall, the response of everyone was not pessimistic–we all feel that there has been such a sudden and massive rise in awareness and feminist activism, that this is a temporary setback,” says the gallerist Nora Fisch, also a member of Nosotras Proponemos. “The discussion has been installed within the [minds] of Argentinians and it is not going away.”