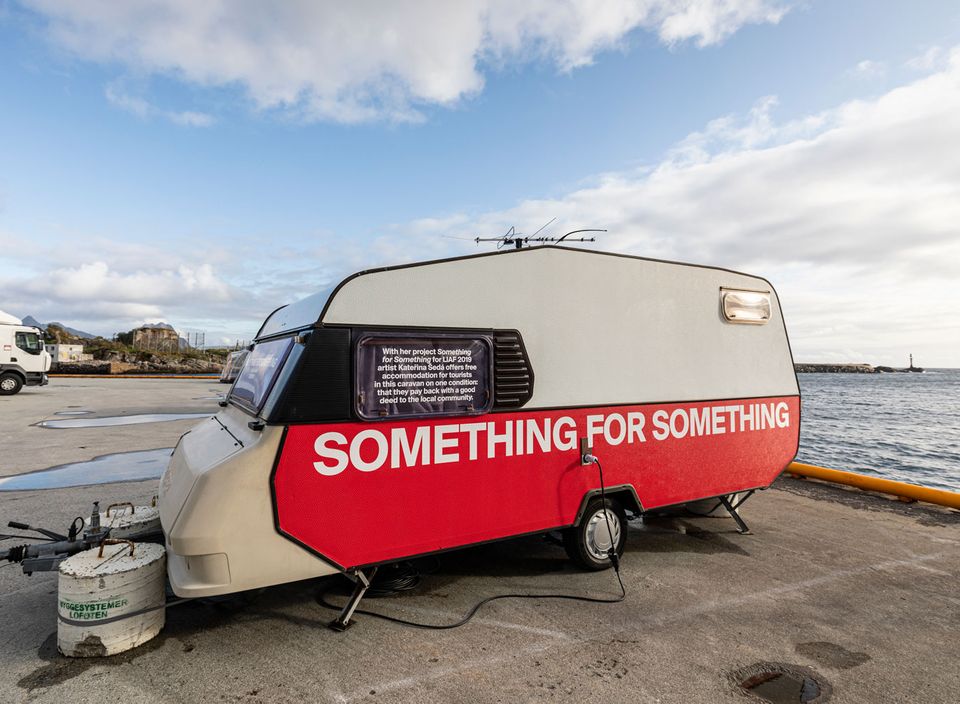 Tourists looking for somewhere to stay on the picturesque Lofoten islands, just inside the Arctic Circle in northern Norway, this summer were faced with an unusual choice on Airbnb: “free accommodation” in a small red and white caravan.

The caravan in question is part of a work of art, a “social action”, titled Something for Something (2019) by the Czech artist Kateřina Šedá and is one of the projects of this year’s Lofoten International Art Festival (until 29 September). The work is not entirely free, as visitors must make “a contribution to the local community of Svolvær in the form of a good deed”, according to the artist’s profile on Airbnb.

The contribution might range from “making food, baking cakes [to] cleaning an old man’s apartment”, says Torill Østby Haaland, one of the four curator’s the festival. This year’s edition is located in Svolvær, the largest town on the islands. In the foyer of the North Norwegian Art Centre, one of the festival’s two main exhibition sites, locals are invited to leave suggestions for good deeds in a post-box, next to documentation of testimonials from visitors who have already taken part over the summer.

“A lot of people here are concerned with tourism [in Lofoten, that] there is too much,” Haaland says. “We don’t really have the infrastructure for the boom over the past 20 years,” she adds. Šedá’s work is a reaction to the resentment that can sometimes be felt by locals towards tourists, she says, and also offers visitors a different perspective on their surroundings. 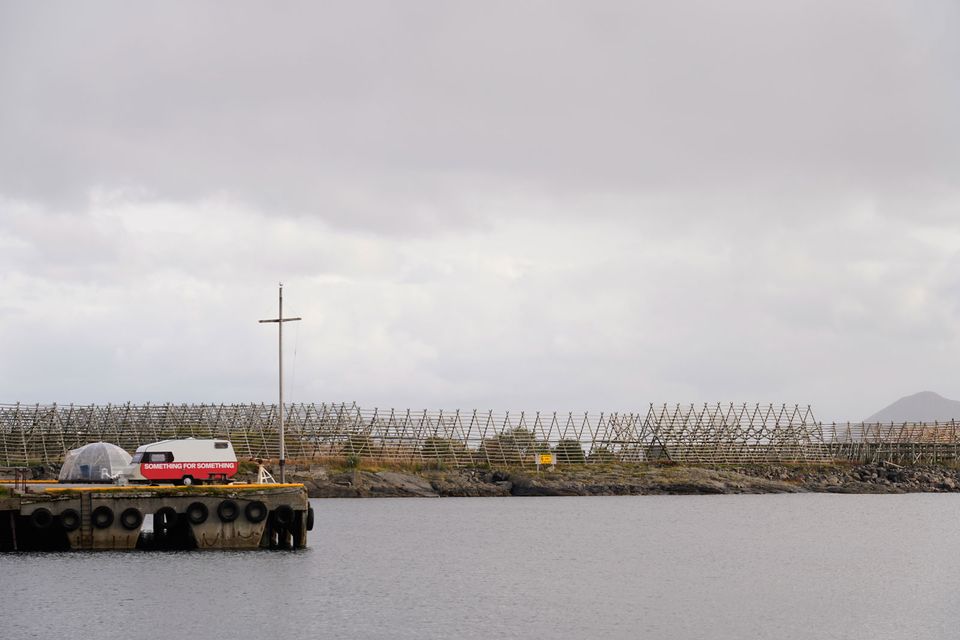 Katerina Sedá's Something for Something (2019) comes with a view of the sea and wooden racks used for drying cod © Photo: Kjell Ove Storvik/LIAF

Šedá, who has previously made works addressing tourism in cities like Venice, was at first a little surprised at how quiet Svolvær actually is, Haaland says. The town has a population of around 5,000 inhabitants. But unlike the mass tour groups that clog the streets of cities such as Barcelona or Prague, in Lofoten Šedá wanted to address the “invisible tourism” of the islands, that is spread out across the landscape.

According to the festival’s guidebook “in the last few years, people who live and work here have found it increasingly hard to find places to rent throughout the year, as house owners pre-fer renting out within the more profitable Airbnb-system.” By using the popular site to advertise Something for Something, the artist is using Airbnb to “not only to serve the tourists, but also the local people.”

Šedá is one of around 30 artist’s taking part in Lofoten Art Festival, which this year has put a particular emphasis on artist residencies working with the local population. The festival started in 1991 and has been organised by the North Norwegian Art Centre since. Its main supporter is the Arts Council Norway.