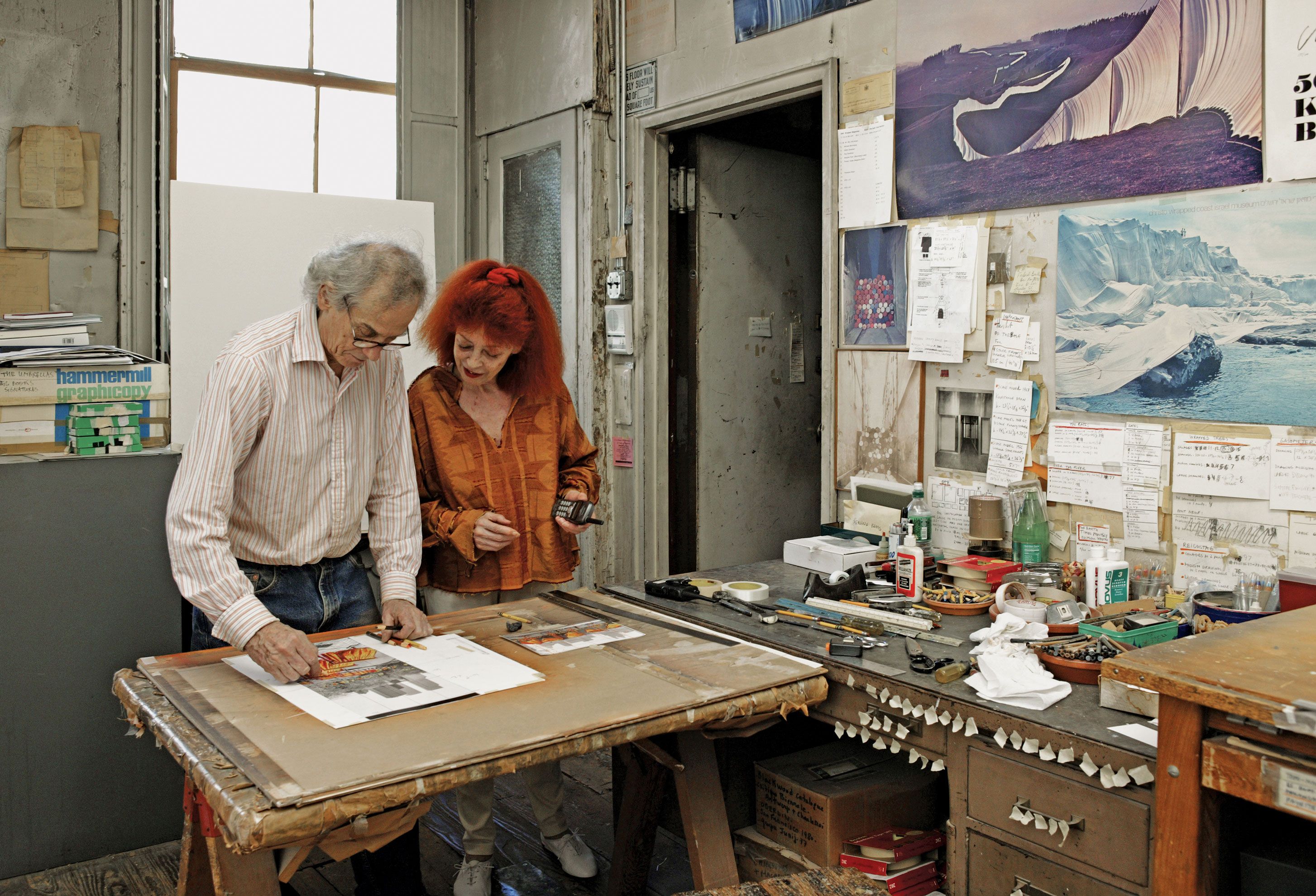 Christo and Jeanne Claude in their New York studio and home, surrounded by their art collection Photo: Wolfgang Volz © The Estate of Christo V. Javacheff

Works by Andy Warhol, Yves Klein and Lucio Fontana will go under the hammer at Sotheby’s Paris on 17 February in a sale of works drawn from the collection of the late artist duo Christo and Jeanne-Claude. Warhol’s celebrated Jackie painting (1994) carries an estimate of €800,000-€1.2m.

The pair befriended numerous artists over the course of their career, filling their New York studio and home with pieces by some of their peers. Christo and Lucio Fontana first met, for instance, in 1963 at the opening of the Italian artist’s exhibition at Galleria Apollinaire in Milan; the sale offers Fontana’s Concetto Spaziale, Attesa (1963; est €300,000-€500,000) which is dedicated to Jeanne-Claude. A shot from Christo and Jeane-Claude's studio—the works by Yves Klein, And Warhol and Lucio Fontana seen here and now up for sale Photo: André Grossman © The Estate of Christo V. Javacheff

A chair given to the couple by the Dutch collector Martin Visser—Gerrit Rietveld’s 1919 Hoge Armchair—was among their prized possessions. When they moved from Paris to New York in 1964, “they only brought a couple of suitcases, mattresses and that chair”, studio manager Lorenza Giovanelli told the Wall Street Journal. Christo died earlier this year while Jeanne-Claude died in 2009. Proceeds will go towards Christo and Jeanne-Claude's estate for the benefit of Christo's heirs, per his will.

The Paris auction also includes works linked to the couple’s own projects such as The Pont Neuf Wrapped, Project for Paris, and The Umbrellas (Joint Project for Japan and USA), as well as their Package and Store Front series dating from the 1960s. The pair funded their projects entirely themselves, through the sale of preparatory drawings and plans.

“Like classical sculpture, all our wrapped projects are not solid buildings; they are moving with the wind, they are breathing,” Christo told The Art Newspaper in an interview.

Last year, Christo announced plans to wrap the Arc de Triomphe in Paris, covering the Champs-Élysées landmark with almost 25,000 sq. m of silvery blue fabric, made of recyclable polypropylene, and 7,000m of red rope; the wrapped monument is due to be unveiled next autumn.