Cultural locations in the Caribbean, the US Gulf coast and Mexico hit by recent hurricanes and earthquakes were a last minute addition to the list 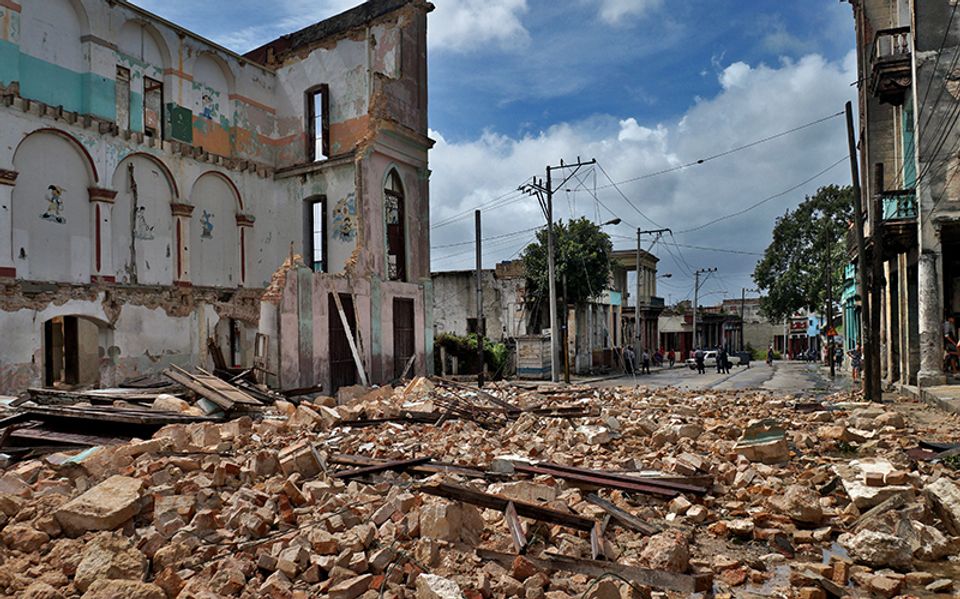 The World Monuments Fund (WMF) has announced its 2018 watch list of heritage sites threatened by conflict, natural disaster, climate change, urban development and neglect. Among them are the historic Souk of Aleppo, which was burnt and badly damaged during the ongoing Syrian Civil War; Blackpool Piers in England, threatened by rising sea levels; a series of sites in Alabama tied to the Civil Rights Movement; the Italian city of Amatrice, which was completely destroyed by a 2016 earthquake; and locations in the Caribbean, the US Gulf coast and Mexico that were hit by recent hurricanes and earthquakes—a last minute addition.

“Each of the 2018 Watch sites has deeply significant human meaning,” said the fund’s new director Joshua David, who took part in the full selection process for the first time. “They are places where we live, work, create, play, and worship. They tell stories about the people who built them originally and the people who inhabit them now.”

David, who joined the fund in 2015, was previously the president and co-founder of Friends of the High Line, the group that spearheaded the drive to preserve the elevated railway on Manhattan’s far west side and turn it into a public park. During a press conference held at the fund’s headquarters in the Empire State Building on Monday, he highlighted four major themes connecting sites on this year’s list showing how today’s big social issues apply to the field of heritage, from human conflict to climate change.

The impact of natural disasters on cultural sites “could not be more timely or urgent,” David said. “Just as we were concluding our review process, Hurricanes Harvey and Irma, and the earthquakes in Mexico, hit one after another. In response, we call attention to the conservation needs of Disaster Sites of the Caribbean, the Gulf, and Mexico by including them in the 2018 Watch.”

The WMF also recognised a group of buildings in Alabama on its 2018 watch list, including churches, homes, a barbershop and a former café, where leaders of the Civil Rights Movements met and planned historic protests. “These sites, along with their communities, have suffered from the negative consequences of displacement, urban renewal, interstate highways and neighbourhood disinvestment,” said Priscilla Cooper, the project director of the Alabama Civil Rights Sites, run by the Birmingham Civil Rights Institute.

While they are not designated as heritage sites, some have received funding for preservation through the African American Civil Rights Grant Program of the US National Park Service, and there are fears this funding could soon de lost, the fund says. Since submitting the nomination, the Birmingham Civil Rights Institute has identified additional sites and started to develop “an alliance that will allow them to use their collective strength to meet their distinctive challenges”, Cooper adds.

The WMF’s recognition of sites with a historic social, rather than architectural, impact marks a shift in the field of cultural heritage, said Lisa Ackerman, the executive vice president and chief operating officer of the fund. “Social importance has been embedded in the Watch, but I think the Alabama Civil Rights sites represent the first example of something that really is about a profound social movement,” she said. “So this is a historic opportunity for us to demonstrate that these sites are as significant as any of the sites that have been on the Watch in the past that might have been there more purely for their architectural [merit].”