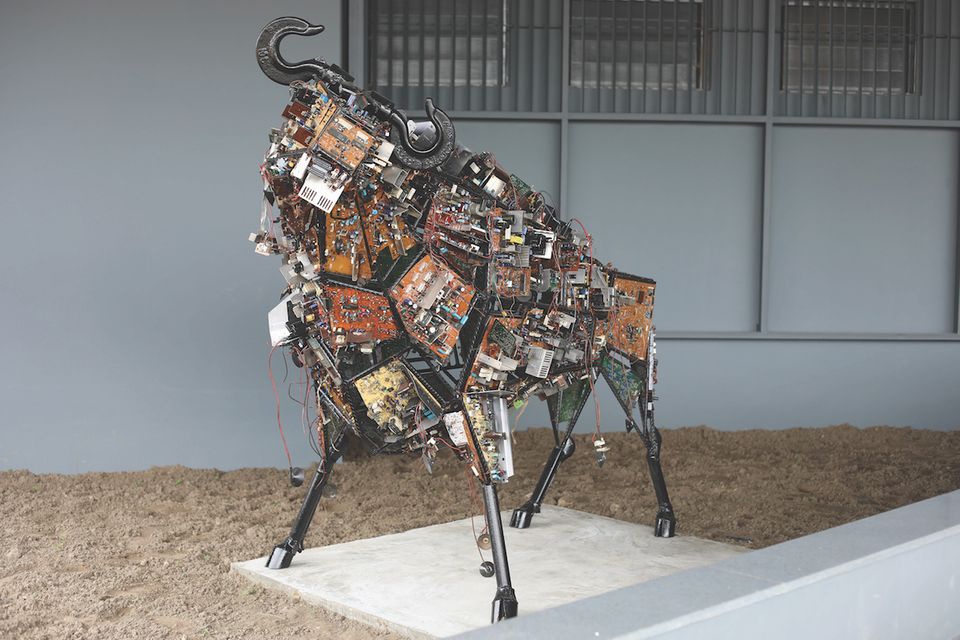 Adeola Balogun's Digital Armour (2018) is one of more than 1,000 Nigerian works donated by Prince Yemisi Shyllon to a new museum at Pan-Atlantic University © YSMA/Henry Legba

With a donation of more than 1,000 works of Nigerian art, Prince Yemisi Shyllon is establishing the country’s first privately funded university museum. The Yemisi Shyllon Museum of Art (YSMA), which opens on Saturday at Pan-Atlantic University (PAU) on the Lekki peninsula east of Lagos, will also show works owned by the university and gifts from other collectors and artists.

Shyllon, a Yoruba prince of Ake in Abeokuta, south-west Nigeria, says he wanted to give the museum “global impact” by offering the best works from the 7,000-strong collection of his Omooba Yemisi Adedoyin Shyllon Art Foundation, created in 2007. These range from traditional works of pre-colonial Nigeria to 20th-century paintings by Ben Enwonwu, wood carvings by Lamidi Fakeye and a wall-hanging sculpture by Ghana’s El Anatsui. The collection also includes photographs documenting Nigeria’s disappearing cultural festivals. 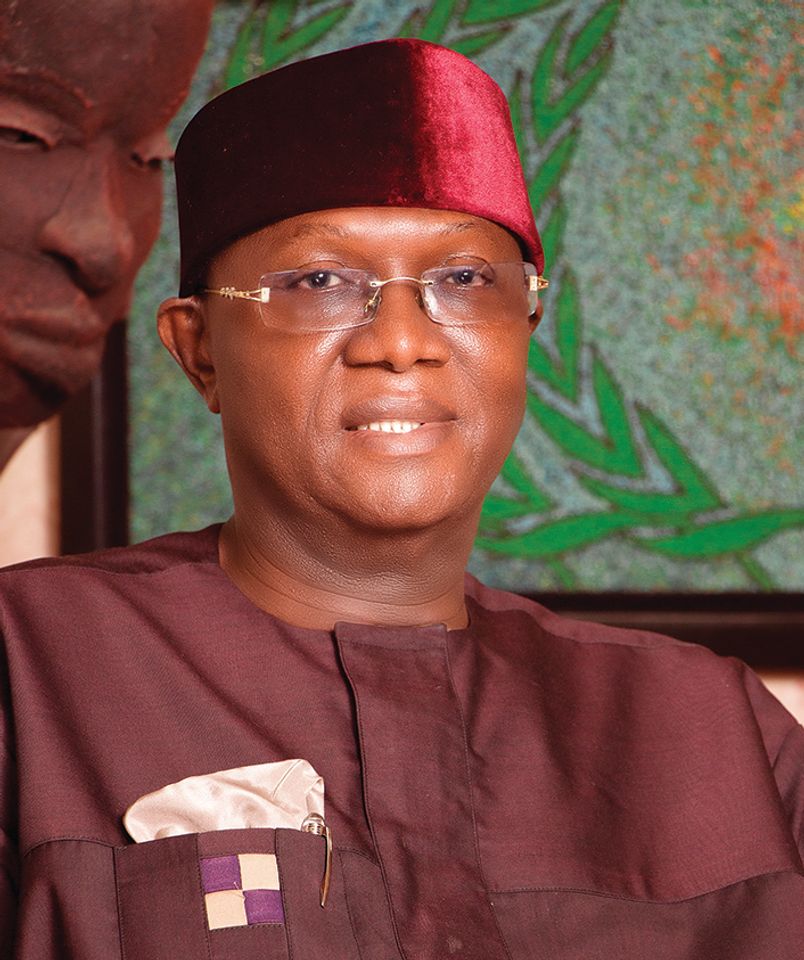 Shyllon, 67, was keen to find a “museum partnership arrangement” to secure the legacy of his art. Having studied management at the Lagos Business School at PAU, he felt there was a “strategic fit” with a university that he says has for many years been promoting visual artists and conserving an art collection in its own buildings.

In 2011, PAU launched a virtual museum of modern and contemporary Nigerian art in the hope of finding a backer who could make the idea a reality. Three years later, Shyllon proposed building a university museum that would also host works from his collection.

The agreement provides “structures that are expected to attract and manage individual and corporate sponsorship funds for the sustainability of the museum”, Shyllon says. His grant to the YSMA, reported at N600m ($1.7m) by the Financial Times, is designed to subsidise costs for the first ten years. It remains to be seen whether he will donate any of the remaining 6,000 works in his foundation to the museum in the future.

According to the Global Africa Art Market Report published by the French-Ivorian dealer Jean Philippe Aka, Nigerian collectors come second to those from South Africa in developing the African art market on the continent. Shyllon hopes other Nigerian collectors will follow his philanthropic example and also help establish university museums that would stimulate art education in Nigeria.

“Prince Shyllon wanted his collection to be seen by many people and serve the country,” says Jess Castellote, who was appointed director of the YSMA last year. “Hopefully this will be a contribution to the whole [Nigerian] system.” 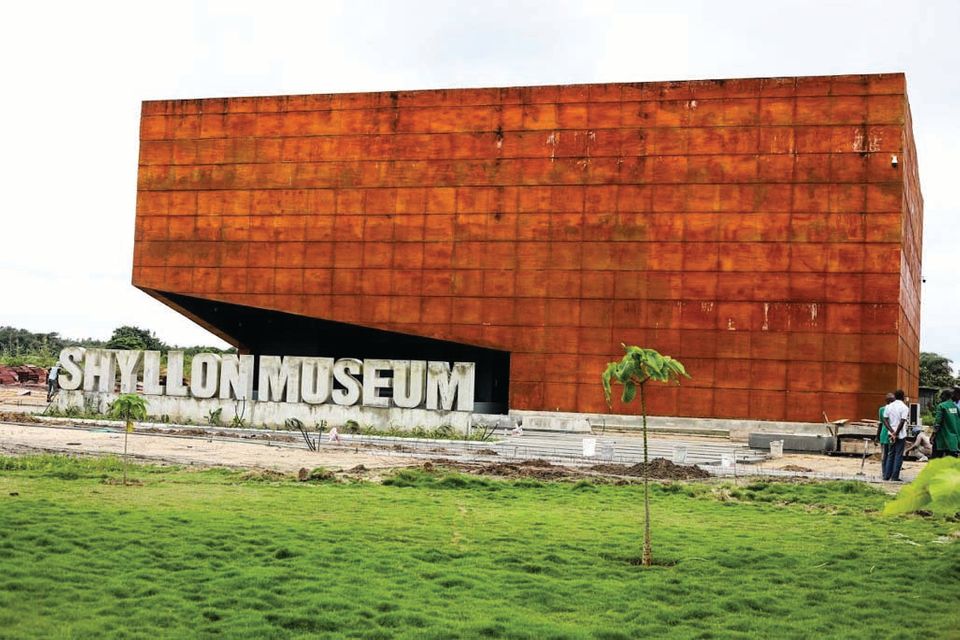 Castellote, a Spanish architect who has been based in Nigeria for 35 years, also designed the museum building. He is currently completing a PhD on the emerging Nigerian art world with Spain’s distance-learning university as part of his career transition.

The two-storey cubic building in stained red concrete has 1,300 sq. m of exhibition space for around 400 works. Displays are expected to change every two years. The inaugural exhibitions, Making Matter: Materiality and Technology in Nigerian Art on the ground floor and Mirroring the Nation: Art, Society and Politics on the upper floor (both until December 2021), are curated by Iheanyi Onwuegbucha from the Centre for Contemporary Art in Lagos.

“With the museum’s mission to serve as a teaching resource, the two exhibitions were conceived with the students of PAU as the primary audience,” Onwuegbucha says. The museum also aims to welcome students from other universities and schools in Lagos, emphasising education about Nigerian history and culture over tourism.

Although located a two-hour drive from central Lagos, the YSMA is also expected to boost the city’s burgeoning arts scene, as reflected this autumn by the tenth Lagos Photo Festival (25 October-13 November), the second Lagos Biennial (26 October-30 November) and the fourth edition of the fair Art X Lagos (1-3 November).

The YSMA follows a wave of African museum openings resulting from private and foreign investment. Among the institutions opened since 2016 are the Museum of African Contemporary Art Al Maaden (Macaal) in Marrakech, funded by hotel developer Alami Lazraq and his son Othman; Zeitz Mocaa in Cape Town, a partnership between Puma executive Jochen Zeitz and the V&A Waterfront development; the foundation of South African property mogul Louis Norval near Table Mountain and the Museum of Black Civilisations backed by the Chinese government in Dakar, Senegal.