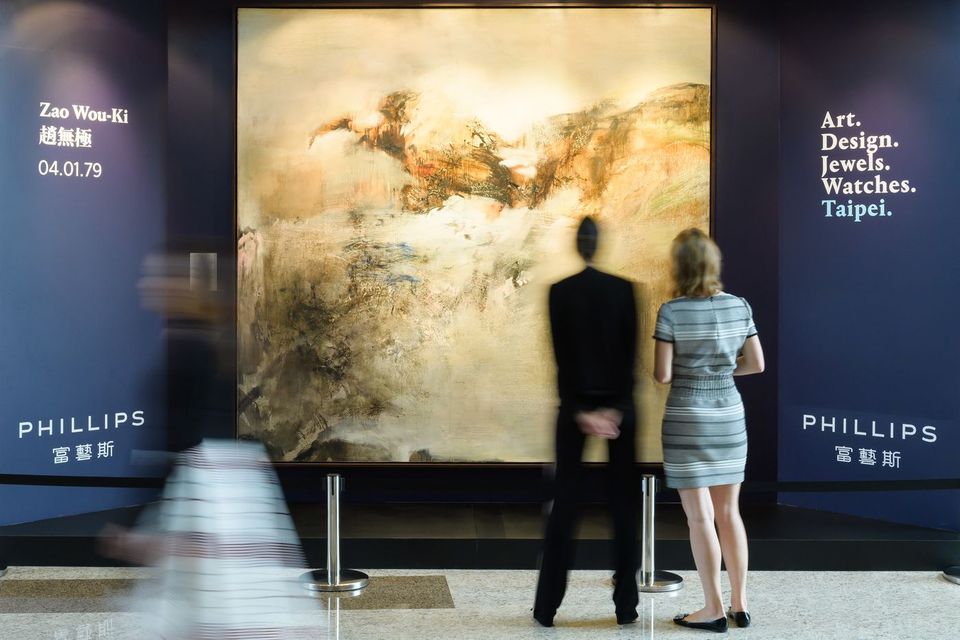 The paintings of the Chinese-French Modern master Zao Wou-Ki dominated the Modern and contemporary art sales at Christie’s and Phillip’s in Hong Kong’s this week, fueled in part by the opening today of his solo exhibition L'espace est Silence (until 6 January 2019) at Paris’s Musee d’Art Moderne.

Born in China in 1920, Zao Wou-Ki emigrated to France in the late 1940s, where he mingled with Alberto Giacometti and Joan Miro and developed a signature style combining Chinese ink art with Western abstraction.

Zao’s generation of 20th century Chinese, mostly emigrant, Modern painters continue to dominate the Hong Kong sales, though Zao commands the highest prices. At Christie’s this week, his fellow Chinese-French abstractionist Chu Teh-Chun’s Mille vies Se cachent dans le bois made HK$28.9m ($3.7m) and the artist’s No. 81 sold for HK$38.3m ($4.9m). Several works by Wu Guanzhong went for over a million US dollars, including By the Side of the Li River (I) for HK$10.6m ($1.3m) and The Sea of Potted Landscapes for HK$12.7m ($1.6m).

Yayoi Kusama also continues to be ubiquitous. Her Pumpkins (1982), a sculpture of two squashes on shelves, was the top lot at Christie’s 27 May Asian contemporary art day sale, at HK$7m ($904,086).

Kusama and her fellow Japanese pop artists Takashi Murakami and Yoshitomo Nara dot every catalogue, with the American artist Kaws also enjoying an expanded Asia profile since his 2017 blockbuster exhibition at Shanghai’s Yuz Museum. Sotheby’s, which along with Poly and Guardian held its Spring Hong Kong sales of Modern and contemporary art in late March and early April, will on 8 June hold a themed sale titled Turn It Up, largely featuring this popular group as well as George Condo and Keith Haring.