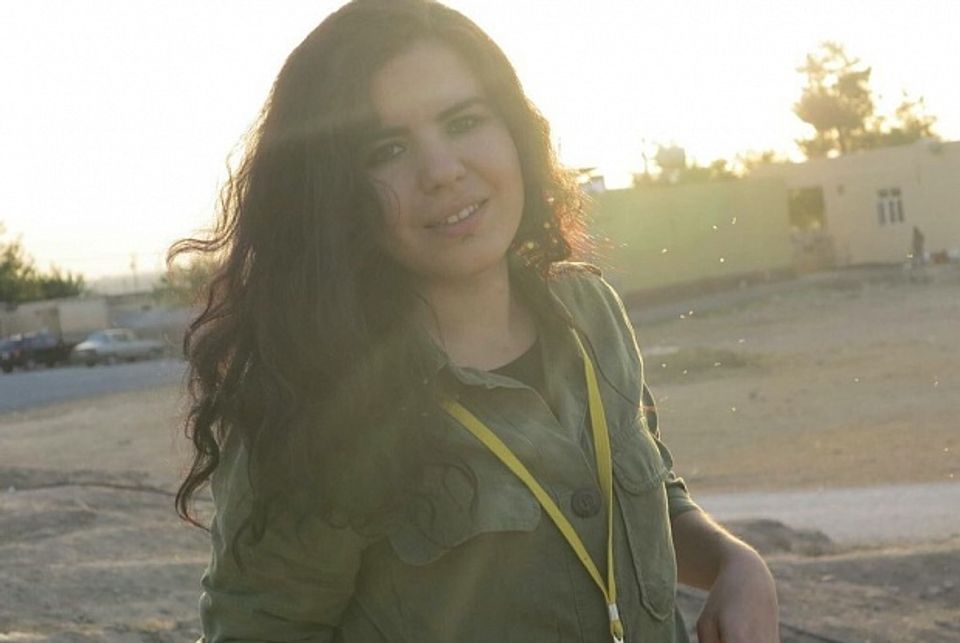 Zehra Dogan courtesy of the artist

The Turkish-Kurdish artist and journalist Zehra Doğan, who was given a lengthy prison sentence by a Turkish court in 2016, has resorted to painting on scrap paper using her menstrual blood, says a campaign group lobbying for her release. The group, which calls itself Free Zehra Doğan, consists of anonymous friends and colleagues of Doğan based in Turkey, Europe and the US. The artist's arrest is the subject of a new mural by UK street artist Banksy unveiled in New York in March. The 70-foot mural features a tally of the days Doğan has spent in prison.

“Turkey has created problems for artists and journalists for decades, but this period [under President Tayyip Erdogan] is the worst. Artists who express ideas that the [Turkish] government dislikes find themselves threatened, excluded from projects or in prison, like Zehra,” says a spokesman for the group.

Early 2016, Doğan, who is the editor of the feminist news agency Jinha, was reporting and painting from Nusaybin, a city in the a largely Kurdish province of Mardin. In March last year, the Mardin second high criminal court in Turkey sentenced Doğan to two years and ten months in prison for posting a painting on social media that depicted the destroyed Kurdish town of Nusaybin, with Turkish flags draped over the smouldering ruins (her work is based on a photograph). The court ruled that she was guilty of spreading “terrorist propaganda”.

Doğan has no access to canvas and paint in prison, so she creates works on leftover paper with “paint” she produces from food, drinks and her own blood, the spokesman says. “Zehra’s health is fine, although some basic needs like heating in the winter, enough air in the overcrowded barracks and cooling in the summer doesn’t exist.” Doğan is due to be released next February. The human rights organisation Amnesty International is organising an exhibition of the artist’s works, which are due to be shown at the city library in Detmold, North-Rhine Westphalia in Germany (7-22 June).

Amnesty published a report in April entitled Weathering the Storm: Defending human rights in Turkey's climate of fear, which documents the Turkish authorities’ alleged attempts to “silence all opposition” during the state of emergency declared by Erdogan after a failed military coup in July 2016.

The report includes an image of a sculpture located in Yuksel Street in the capital Ankara, which depicts a woman reading the United Nations declaration of Human Rights; the statue has been encircled by police barriers since May last year to prevent it being used as a location for protests.

“Sections of society most at risk of human rights abuses—such as women and girl survivors of sexual and gender-based violence, LGBTI people, refugees and migrants—are denied crucial support and solidarity as they struggle to defend their rights,” the Amnesty report adds.

A spokesman for the Turkish Embassy in London tells us that the allegations in the report are baseless and not objective. “Being a founding member of the Council of Europe, Turkey is fully aware of and abides by its international obligations with respect to the protection of human rights and freedoms,” he says.