Reproductions replace two works in his solo show, China Party, that were banned for import

On 21 July, the UCCA's director Philip Tinari posted on Twitter: “While we're on the topic of the Beijing Culture Bureau (Bieber), see these #ZhaoBandi paintings they banned for import for our upcoming show”, along with the original images depicting surveillance cameras and a neon sign saying China Dream. Part of the Uli Sigg collection, the works were not authorised to re-enter the mainland.

Surveillance is a popular subject matter for Chinese artists, from dissident Ai Weiwei to establishment yet incisively observant artists like Xu Bing and Song Dong. The China Dream—president Xi Jinping’s signature propaganda slogan for the first few years of his administration—remains as unavoidable yet unmentionable as Beijing’s smog. 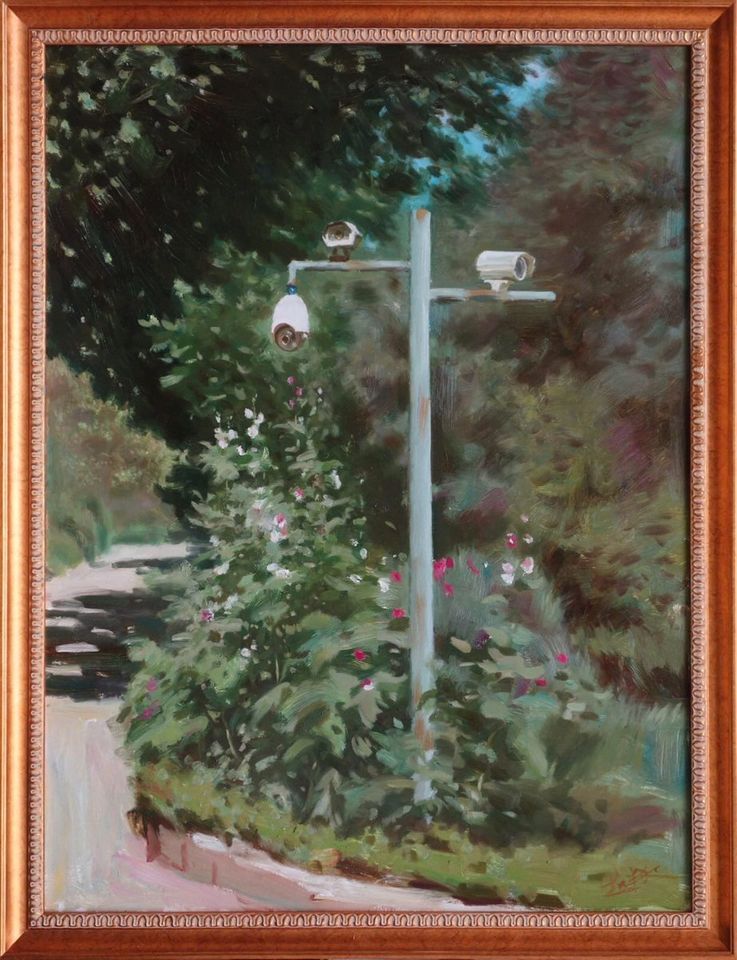 Even as China hosts ever more and bigger exhibitions, there are whispers in the art world that censorship is tightening approaching the five year anniversary of Xi’s ascension in November. Shanghai, for example, has experienced a recent moratorium on showing Korean artists—and sometimes Japanese by extension—due to ongoing diplomatic tensions between China and South Korea.

UCCA at least kept the party going by finding a creative workaround, and reproducing the offending works. They joined works from Zhao’s early career including Nursery Rhyme, a 1994 and 2017 sculpture of a flower made of 10 RMB notes immersed in a vase of blood, and 1990’s Butterfly of a woman posing for a photograph at Tiananmen, a year after that iconic location took on a heavy new meaning.

Zhao Bandi is best-known though for his incorporation of pandas, the beloved and adorable national animal providing cover for Zhao’s social commentary. China Party includes his 2005 video One Man’s Olympics, in which a toy panda toting Zhao runs as a torchbearer during a performance of an imaginary opening ceremony in Bern, Switzerland. Like the China Dream, the 2008 Beijing Olympics were ubiquitous in the state media but taboo to comment upon.

Though projects like his panda fashion shows are usually more playful than provocative, Zhao has been a bellwether before. His early series of public service posters, featuring him talking to his toy panda about locally delicate issues such as environmental protection, AIDS prevention, unemployment, and the dangers of smoking, signaled a new era of openness when they were allowed to be publicly displayed on Shanghai streets and its airport in 2000.