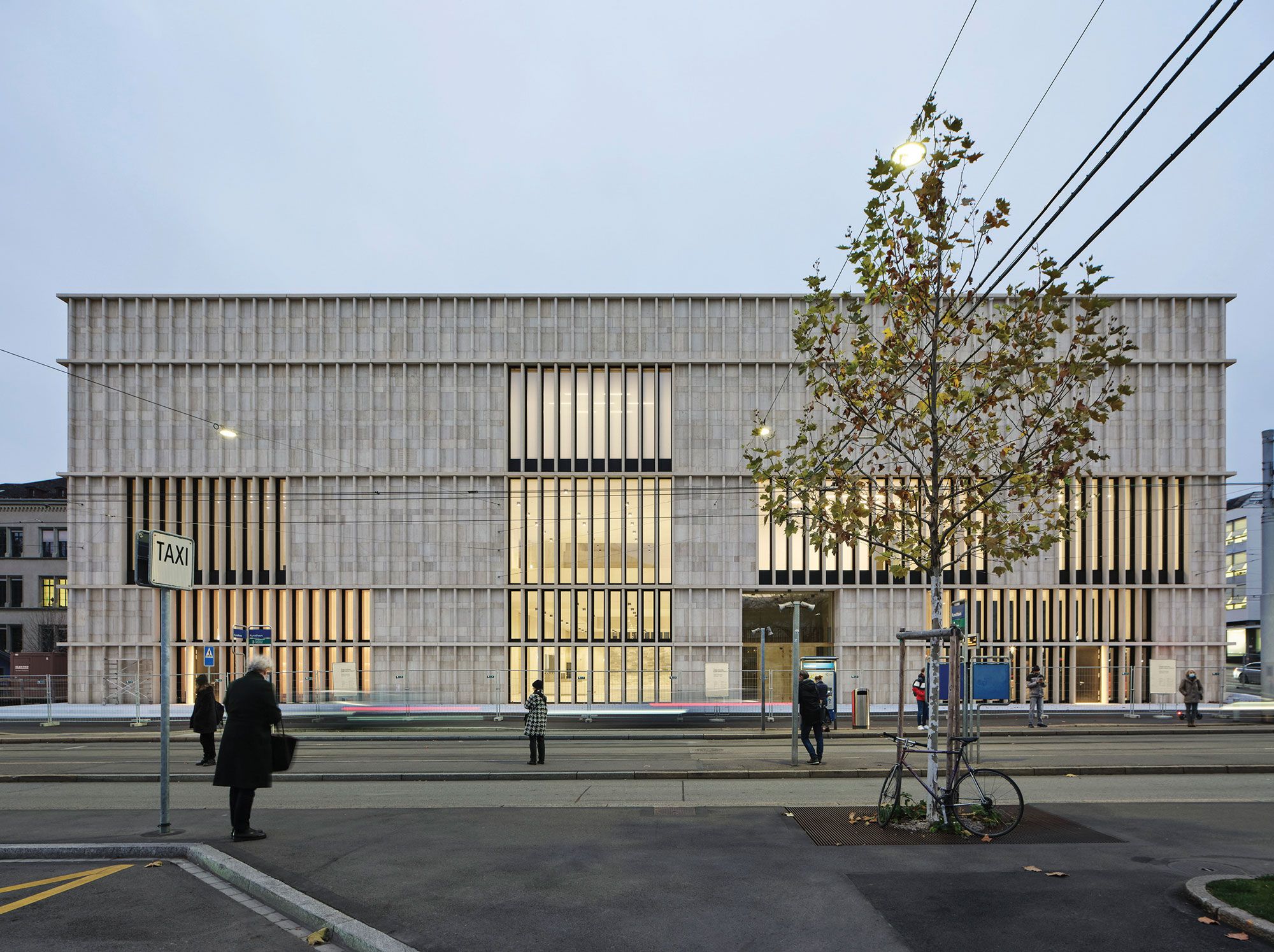 The Kunsthaus Zurich has announced the completion of a major extension that will make it the biggest art museum in Switzerland, a step the city hopes will help to put it on an equal footing with Basel as a destination for art lovers.

The museum is doubling its footprint with David Chipperfield’s new building on Heimplatz, which was formally completed on 11 December. Due to a tightening of coronavirus restrictions, a planned open-house weekend on 12-13 December has been cancelled.

Linked by an underground passage to the original 1910 building across the square, the extension will show temporary exhibitions, art since the 1960s and the Bührle collection—a long-term loan of 200 works, including paintings by Claude Monet, Paul Cézanne, Edgar Degas, Paul Gauguin and Vincent Van Gogh. Their addition will give the Kunsthaus the biggest collection of French Impressionism and post-Impressionism outside Paris.

While Zurich has long been more of an art-market centre in terms of the number of galleries based there, Basel’s advantages include the premier art fair and world-league museums such as the Kunstmuseum and the Fondation Beyeler. In recent years, exhibitions at the Kunsthaus have failed to attract the same attention as those of the two Basel museums. But its impending expansion promises “a quantum leap for Zurich and Switzerland as a venue for art”, according to the museum’s website.

Half of the CHF205m ($230m) project budget has come from the city and canton of Zurich, with the other half provided by private donors. The unveiling is planned in two stages: an opening ball on 10 April followed by previews that will include a new work by the artist and choreographer William Forsythe, then a full opening of the collection on 9-10 October.

Chipperfield’s architecture aims to turn Heimplatz—one of the city’s busiest traffic hubs—into a new urban centre for the arts and education. A free-admission entrance hall at the new building will connect the square with a sculpture garden. Located between the University of Zurich and the old town, the hall is envisaged as a “shortcut” that will encourage pedestrians to pass through it. 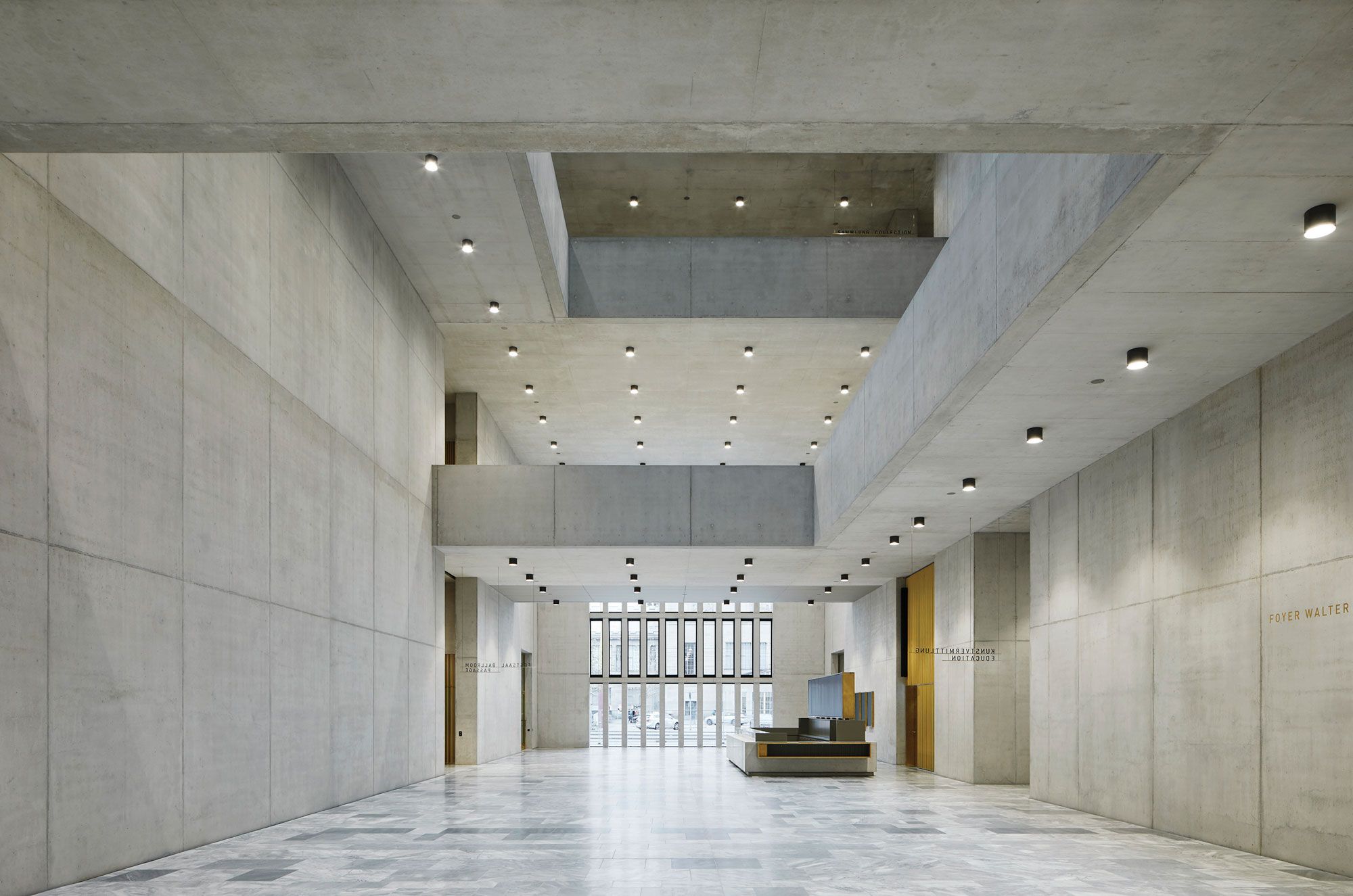 The entrance hall of the Kunsthaus Zurich's new building will be free-admission to encourage pedestrians to use it as a shortcut through the city Photo: © Noshe

The museum entrance was partly inspired by the Turbine Hall of London’s Tate Modern, says Christoph Felger, the design director at David Chipperfield Architects. Large windows and expansive entrances give views into the building from the outside. “The idea was to trigger a sense of interest through curiosity,” Felger says. “You can see activities going on in the museum and you might get intrigued.”

Anticipating the buzz, a dozen or so art galleries have already set up shop nearby, concentrated in Rämistrasse—among them Eva Presenhuber and Galerie Bromer. “This was a hub for art galleries in the 1970s,” says Daniel Baumann, the director of the Zurich Kunsthalle for contemporary art. “So in a sense this is building on a historic tradition.”

Baumann hopes the expanded Kunsthaus will act as a “locomotive that brings the visitors” to Zurich. At the same time, he says, the museum should foster pride in local residents: “There is a real island of art emerging there and there are a lot of hopes attached to it.” The Bührle collection is a trump card given the enduring popularity of Impressionism, he adds.

The extension is expected to boost visitor numbers to the museum to around 400,000 a year. In 2019, it welcomed 270,000. But as Felger puts it, “architecture can only do so much—it’s what happens inside that counts”.

Much will depend on the director that the Kunsthaus is seeking to lead it into a new era. The current director, Christoph Becker, is stepping down in 2022 after 20 years. An international search committee, including the artist Pipilotti Rist, the Metropolitan Museum of Art curator Sheena Wagstaff, and Achim Borchardt-Hume, the director of exhibitions and programmes at Tate Modern, is expected to announce a successor in the spring.