The show centres on a landmark 1976 exhibition by the late curator, scholar and artist David Driskell 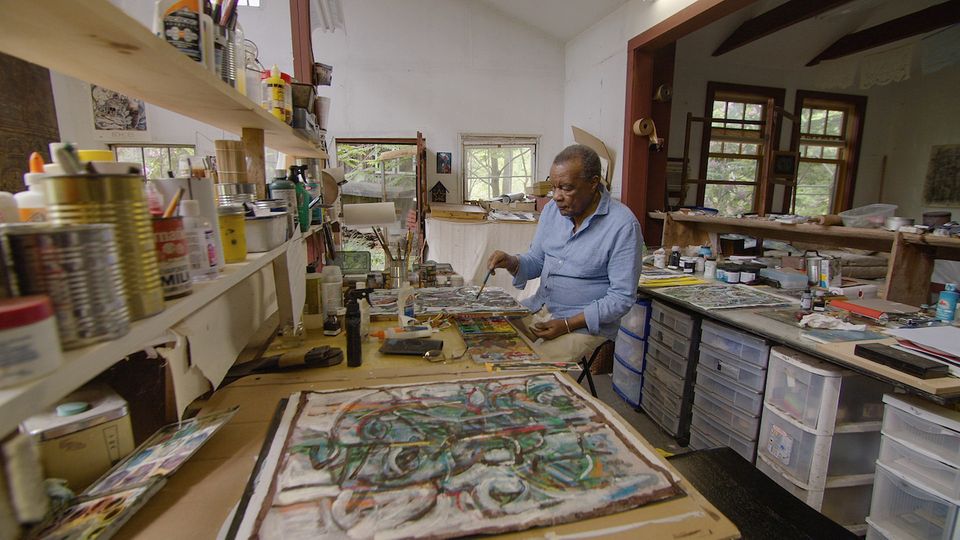 David Driskell in his studio in HBO's Black Art: In the Absence of Light (2021) Courtesy HBO

The late curator, artist and scholar David Driskell and his pivotal contributions to American art history are profiled in the documentary Black Art: In the Absence of Light, which premieres on HBO this week. The film features some of the last interviews with Driskell before he died in April last year, aged 88, due to complications related to the coronavirus, and centres on his seminal 1976 exhibition Two Centuries of Black American Art, the first comprehensive show to examine the overlooked history of Black art in the US.

In the film, Driskell, who is renowned as a pioneering and influential authority on Black art, says his groundbreaking exhibition stemmed from the fact that “for the most part, the general public was not aware about the contributions that African American artists made to American culture in the 19th or even the 20th century”. That was because “there were no publications, there were no exhibitions” devoted to Black artists at the time, he explains.

Driskell recalls receiving significant pushback from institutions governed by mostly-white leadership before the exhibition opened at the Los Angeles County Museum of Art to critical acclaim. The show later embarked on a nationwide tour to the High Museum of Art in Atlanta, the Museum of Fine Arts in Dallas and the Brooklyn Museum in New York, introducing the public to the work of artists who “would not have been seen” otherwise, he says.

The film also delves into the contested 1969 exhibition Harlem on My Mind at the Metropolitan Museum of Art, which was organised by all-white curators and gravely missed the mark, sparking widespread protests from Black artists and cultural critics for its framing of Black art from an anthropological lens, and for its sparse inclusion of works by Black artists and scholarship on Black art history.

Organising the exhibition Two Centuries of Black American Art “gave me the chance to bridge the gap—to a certain extent—between what I thought the Met should have been doing from day one”, Driskell says. “If the Metropolitan Museum wanted to give a real depiction of what Black artists had been doing in the period of the Harlem Renaissance and thereafter, why would it not deal with the actual art?” Driskell asked.

The film also provides a crash course on the artists and institutions that helped propel Black art into mainstream, including insightful anecdotes on life and art by artists like Kerry James Marshall, Kara Walker, Faith Ringgold, Betye Saar and Theaster Gates, who lends the film its title with a statement on how Black artists must continue to work “in the absence of light” in the face of overdue acknowledgement from the art world.

This month, the High Museum of Art is honouring Driskell with the first retrospective devoted to his career as an artist, curator and writer, titled David Driskell: Icons of Nature and History (until 9 May). The show, which has been organised with support from the Phillips Collection, will travel to the Portland Museum of Art on 19 June (until 12 September).