An eerie pre-pandemic vision of the future emerges in Beijing 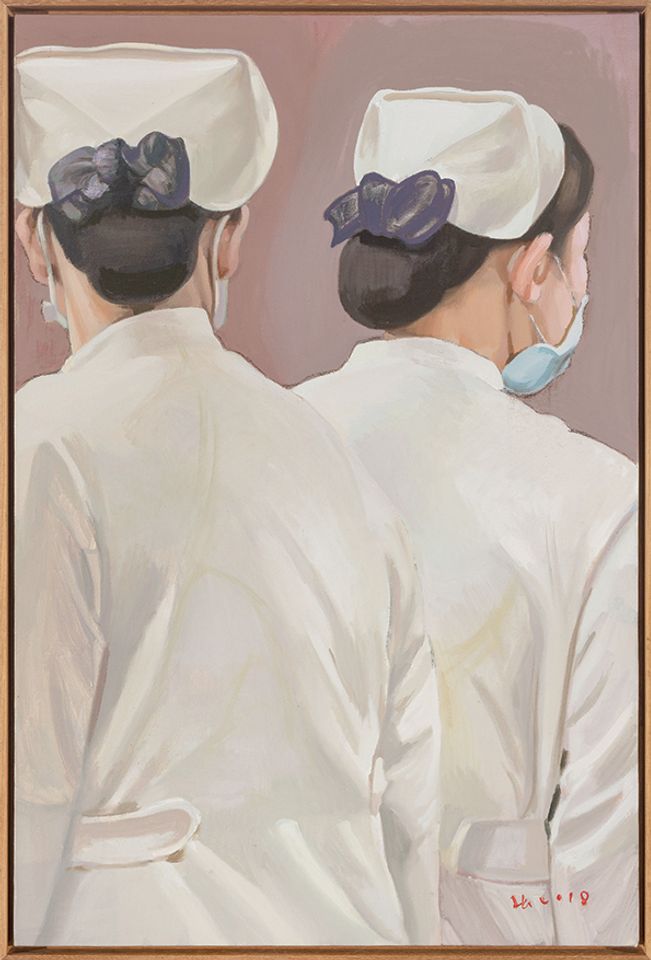 The description for Meditations in an Emergency at the UCCA Center for Contemporary Art in Beijing reads like something from a science fiction novel: “[it] will be seen by people wearing masks…people whose temperatures have just been measured… It grows, in the wake of other plans now discarded or postponed.”

With plans for the year in disarray, the curators had to come up with an entirely new exhibition in the space of a couple of months. The result is a group show of 26 Chinese and international artists whose work, despite being made before the Covid-19 pandemic’s outbreak, engages with events that have led to our present situation as well as what the future might hold.

The show is divided into five sections, including one exploring how daily lives have been upended—with works such as Zhang Hui’s paintings of masked nurses and Musquiqui Chihying’s video of a jogger on a checkout till conveyor belt—and another on the connections between humans and other animals, such as Robert Zhao Renhui’s work on environmental destruction and Pierre Huyghe’s film of a mask-wearing monkey performing human tasks.

“The most important lesson that we’ve learned is that all the plans we make are subject to whims much greater than any of us,” says Philip Tinari, the museum’s director.

• Meditations in an Emergency, UCCA Center for Contemporary Art, Beijing, until 30 August