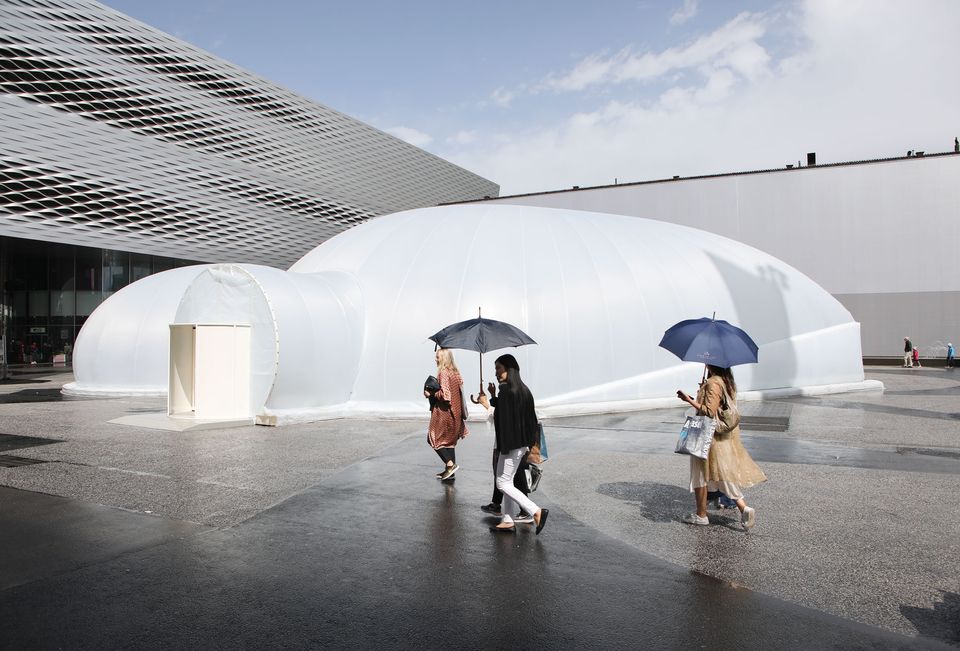 Alexandra Pirici’s Aggregate (2017-19) is “one of the most powerful performance pieces I’ve ever seen”, says the curator Cecilia Alemani, who has brought the work to Basel’s Messeplatz this week. The “performative environment” choreographed by the Romanian artist and enacted by more than 60 dancers occupies a domed pavilion in front of Art Basel for four hours a day until Saturday. First conceived for the Neuer Berliner Kunstverein in 2017, the work was restaged in a former power plant in Buenos Aires as part of Alemani’s programme for the inaugural Art Basel Cities week last September.

Pirici gained international recognition in 2013 for An Immaterial Retrospective of the Venice Biennale, a collaboration with the choreographer Manuel Pelmus for the Romanian pavilion at that year’s Venice Biennale. Using only their bodies, the performers quoted more than 100 works of art from the history of the Biennale, from Picasso’s Guernica (1937) to Maurizio Cattelan’s 1999 waxwork of Pope John Paul II struck by a meteor.

The dancers’ repertoire in Aggregate expands beyond the fine art canon, mixing references to the Mona Lisa and Michelangelo’s David with hand signals used by Occupy activists, a fragment of Bollywood film and the song of the extinct huia bird. Pirici describes the selection as a “purely subjective” take on the Golden Record, the time capsule of images and audio clips about life on Earth that Nasa launched into space in 1977 on board the Voyager 1 and 2 probes. 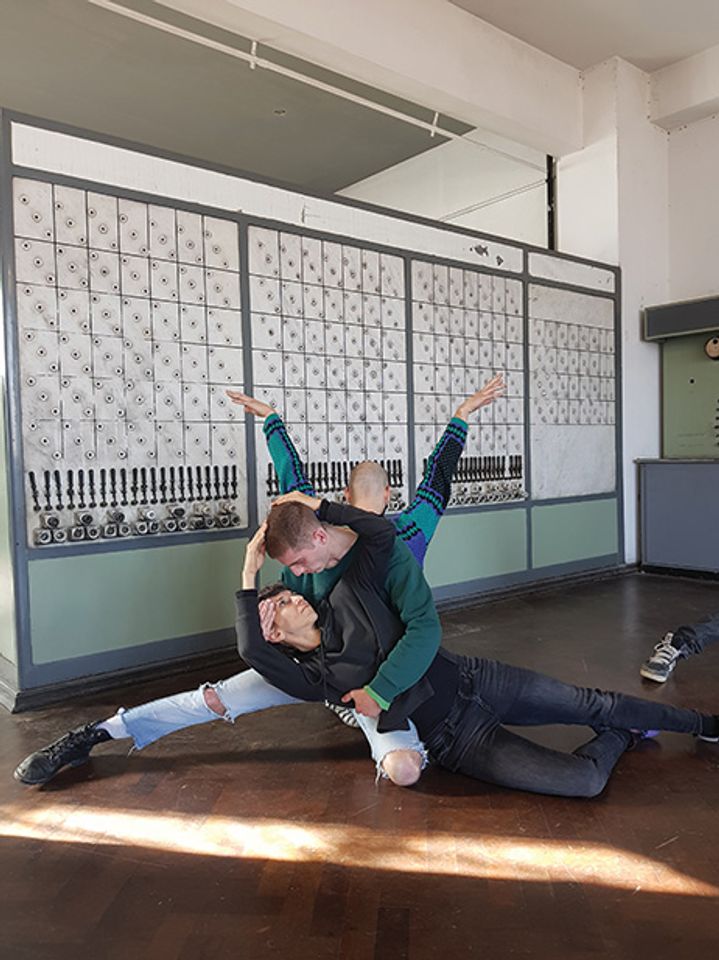 Like the Golden Record, the work reveals “the need of the human species to exteriorise knowledge”, Pirici says, but it also seeks to “question and deconstruct” the implicit power structures of the selection process. Pirici’s more diverse time capsule includes works by female artists and non-Western masterpieces and music by Rihanna as well as Bach. There is no hierarchy between the performers, so each is free to initiate a collective action in the moment—a format that rejects “the idea of value associated only with the singular, unique, exemplary object or subject”, Pirici says.

In this respect, the logic of Aggregate runs counter to the many top-dollar sales of art taking place inside the fair. The contrast is not lost on Pirici, who says she appreciates Art Basel’s “artistic/political” decision to treat performance as “something equally valuable, that deserves its own space and attention”. The work is free for all to visit, including during the VIP preview days. It is for sale, Alemani says, but Pirici is not represented by a gallery and “to be honest, it’s really hard to sell performative works”.

Enclosed within an igloo-like structure designed by Andrei Dinu, the project has a “weird presence, almost like a UFO” on the Messeplatz, Alemani says. Visitors entering the pavilion may not realise at first that they have become part of a living landscape. The dancers are dressed in ordinary clothes and gradually envelop the audience “through very subtle gestures or placement in space—which can sometimes be very soothing, but also can imply a soft tension”, Pirici says.

Rather than being a “game of recognition”, the work invites each viewer to “come up with their own individual reading” based on their cultural background, Alemani says. None of the actions is announced or signposted, so it might take “45 minutes or an hour before you start to see similarities and understand how it works”. But however long you stay, Alemani says, the experience is “completely different every time”.