When Bruce Nauman entered the graduate art programme at the University of California, Davis, in 1964, the university was still best known for its agriculture course. Artists who taught there, including Robert Arneson, Manuel Neri, William T. Wiley and Wayne Thiebaud, would lead the northern California art developments known as Bay Area Figuration and Funk. Many of the faculty saw in Nauman a rare intelligence and independence—he had already delved into music, philosophy and physics as an undergraduate at the University of Wisconsin—but no one then envisaged the stellar position he would attain in the turn-of-the-century art firmament. Almost no one.

Jane Livingston and Marcia Tucker, then curators at the Los Angeles County Museum of Art (Lacma) and New York’s Whitney Museum of American Art respectively, circulated Nauman’s first international touring retrospective in 1972 and 1973. (I was among those who rashly went on record to judge it premature, and no favour to the young artist.)

This month, the Schaulager in Basel opens Bruce Nauman: Disappearing Acts, a five-decade survey that appraises the magnitude of his improbable accomplishment and influence.

The exhibition, which has been co-organised with New York’s Museum of Modern Art (the show is due to travel to MoMA and MoMA PS1 in October), includes pieces in many media, from drawings, sculpture and holograms to sound and video installations. The professional hinge of this bicontinental undertaking is Kathy Halbreich, the Laurenz Foundation curator and advisor to the director at The Museum of Modern Art. 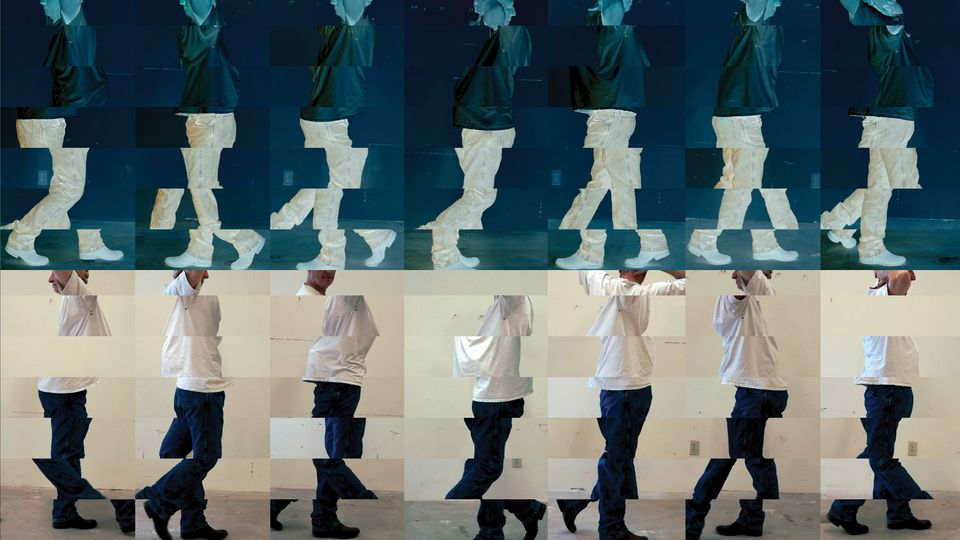 “Bruce remains as trenchant and urgent today as he was 25 years ago, when the retrospective that Neal [Benezra, now the director of the San Francisco Museum of Modern Art] and I organised travelled widely in Europe and the US,” Halbreich says.

“He is one of the very few artists I know—let’s say Picasso is another—who has retained his edge, risk-taking spirit and material experimentation from his grad-school days to the present,” she says. “He is always present tense. What could be more timely than the command: ‘Pay Attention Motherfucker’?,” she asks, quoting the graphic content of a 1975 lithograph and several related works.

The retrospective will be the first opportunity for younger generations to see the “full breadth of Nauman’s work”, Halbreich says, “and for those who have followed his career from the start to see how the tone of the work has changed in recent years, becoming melancholy, meditative and fretful, rather than angry”. The subtitle Disappearing Acts hints at an emotional arc from the early works’ tenor of bemused disaffection, ennui and paranoia to the haunted and haunting air of Nauman’s 21st-century art.

Although early work will predominate among the 170 items presented, Halbreich says, more recent “room-sized and even multi-room pieces will feature prominently in the exhibition”. These will include Mapping the Studio II (2001), Contrapposto Studies i through vii (2015-16) and Contrapposto Split (2017), a 3D video installation that will receive its premiere in Basel.

The great surprise of the mid-1990s retrospective, which I saw in three venues, was the intense popular enthusiasm it provoked. Countless visitors with no previous awareness of Nauman’s art, especially in New York, seemed fascinated by it, even at its most abrasive. His name may be much more widely known now, but celebrity aside, his art’s reception against today’s background may be as hard to predict as his youthful prospects once seemed to be.