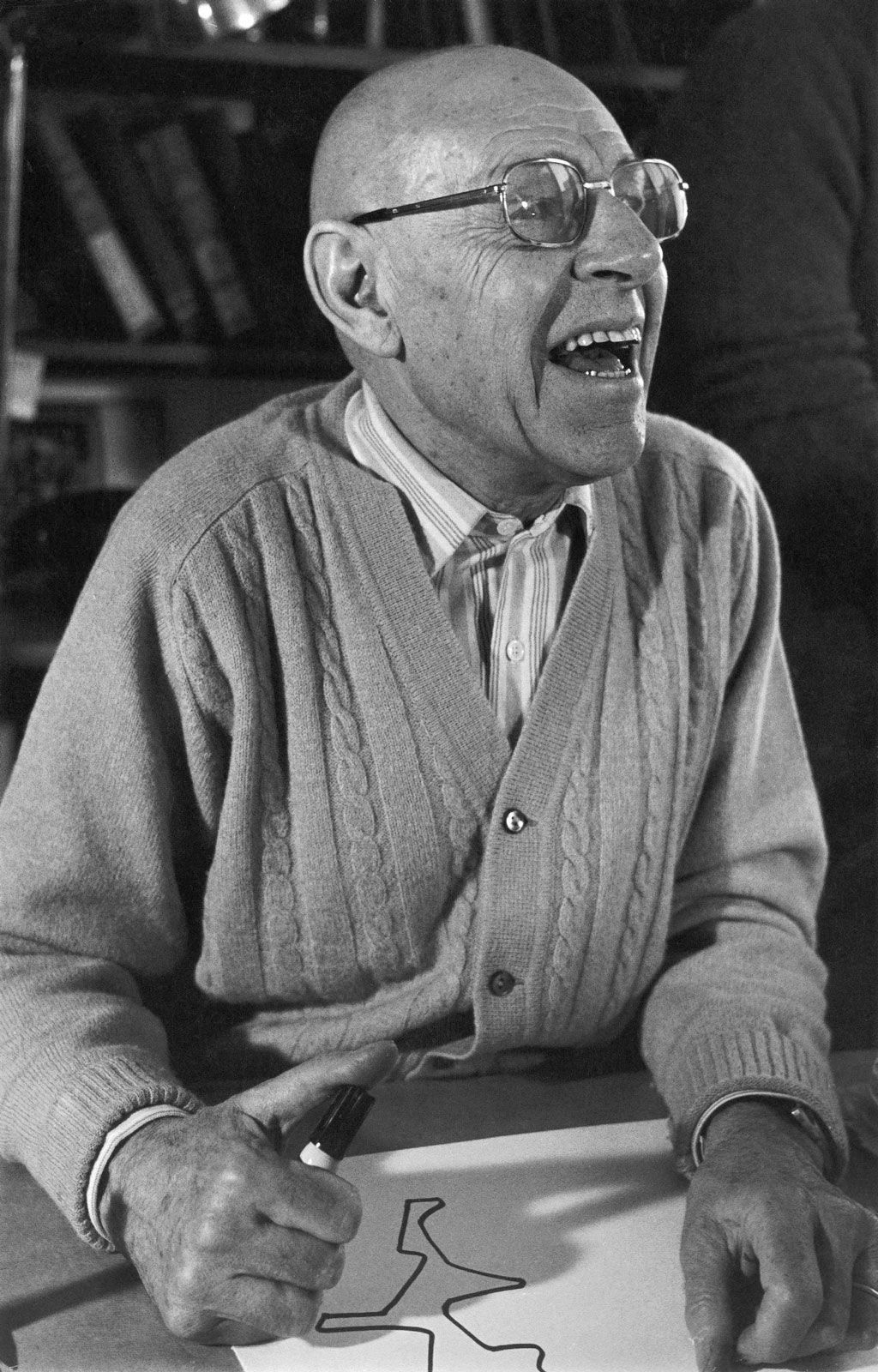 Remarkably, Brutal Beauty is the first major survey of Jean Dubuffet’s work in the UK in more than 50 years. Yet, as the curator Eleanor Nairne points out, Dubuffet has remained a source of inspiration for successive generations of artists. David Hockney’s early career was “set alight” by seeing Dubuffet at the Institute of Contemporary Arts in London in 1955, Nairne says. Jean-Michel Basquiat “completely fell in love with” the Frenchman’s “tumultuous” landscapes and his scribbling marks, she adds. And the impetus for the present show was visiting contemporary artists and seeing “how actively they're engaging with his work in their practice”.

Dubuffet started late, becoming a professional artist in his early 40s. And yet his catalogue raisonné has 38 volumes. A definitive retrospective is therefore impossible, meaning that there is much “creative potential” for curators, Nairne says. A site-specific story in Nairne’s show is the “brilliant connection between Dubuffet and his passion for Art Brut and the history of Brutalism”, of which the Barbican is among London’s finest examples. 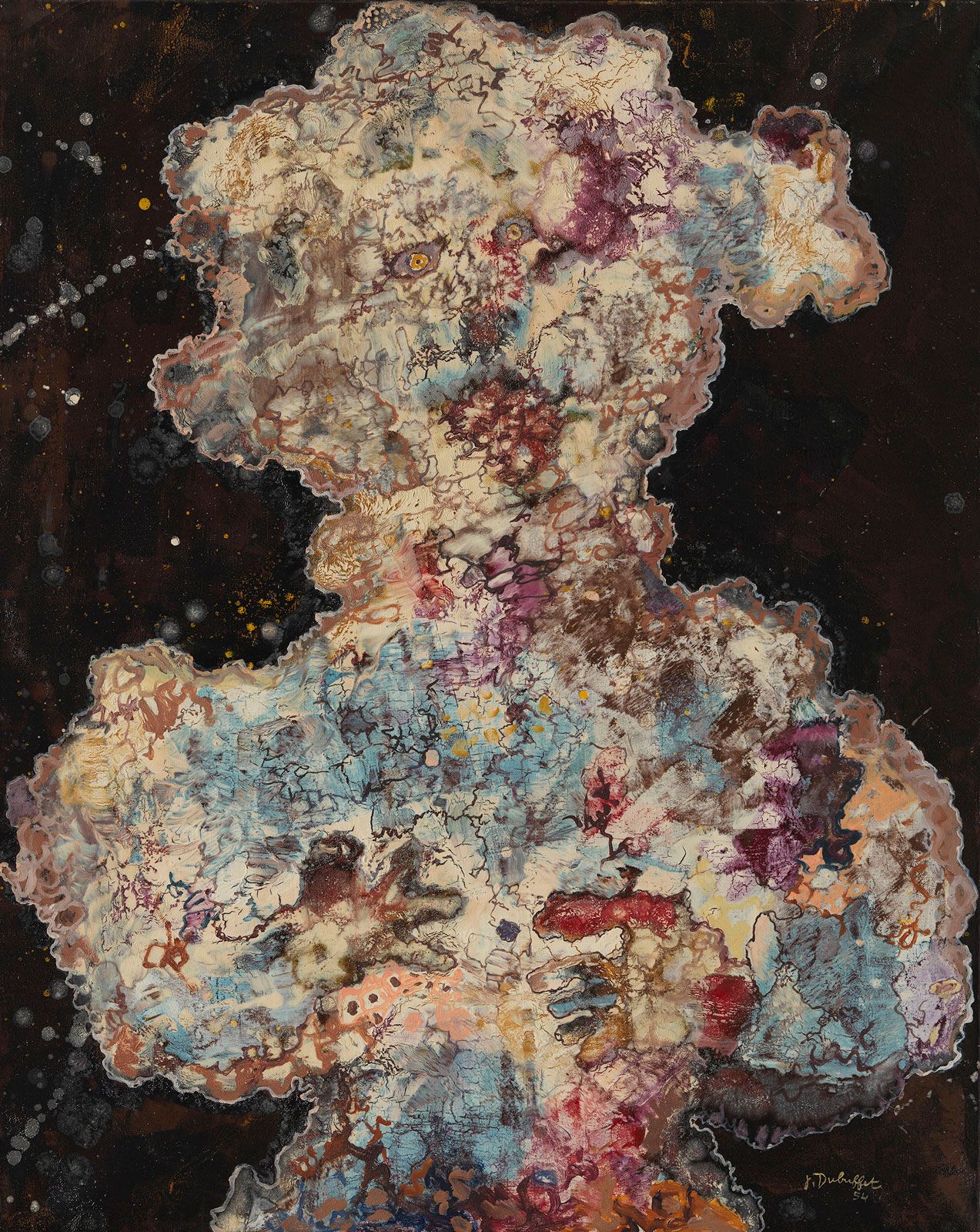 Art Brut—raw art—was the term coined by Dubuffet to describe work “created from solitude and from pure and authentic creative impulses”, often by people with mental illness. Brutalist architecture was named by Reyner Banham partly with Art Brut in mind. “These things are more closely linked than you expect,” Nairne says. She also sees a symmetry in the arc of Dubuffet’s career—beginning “in the midst of the occupation in 1940s” and continuing until his death in 1985—and the growth of the Barbican from the ruins of the Blitz to a completed building complex in 1982. 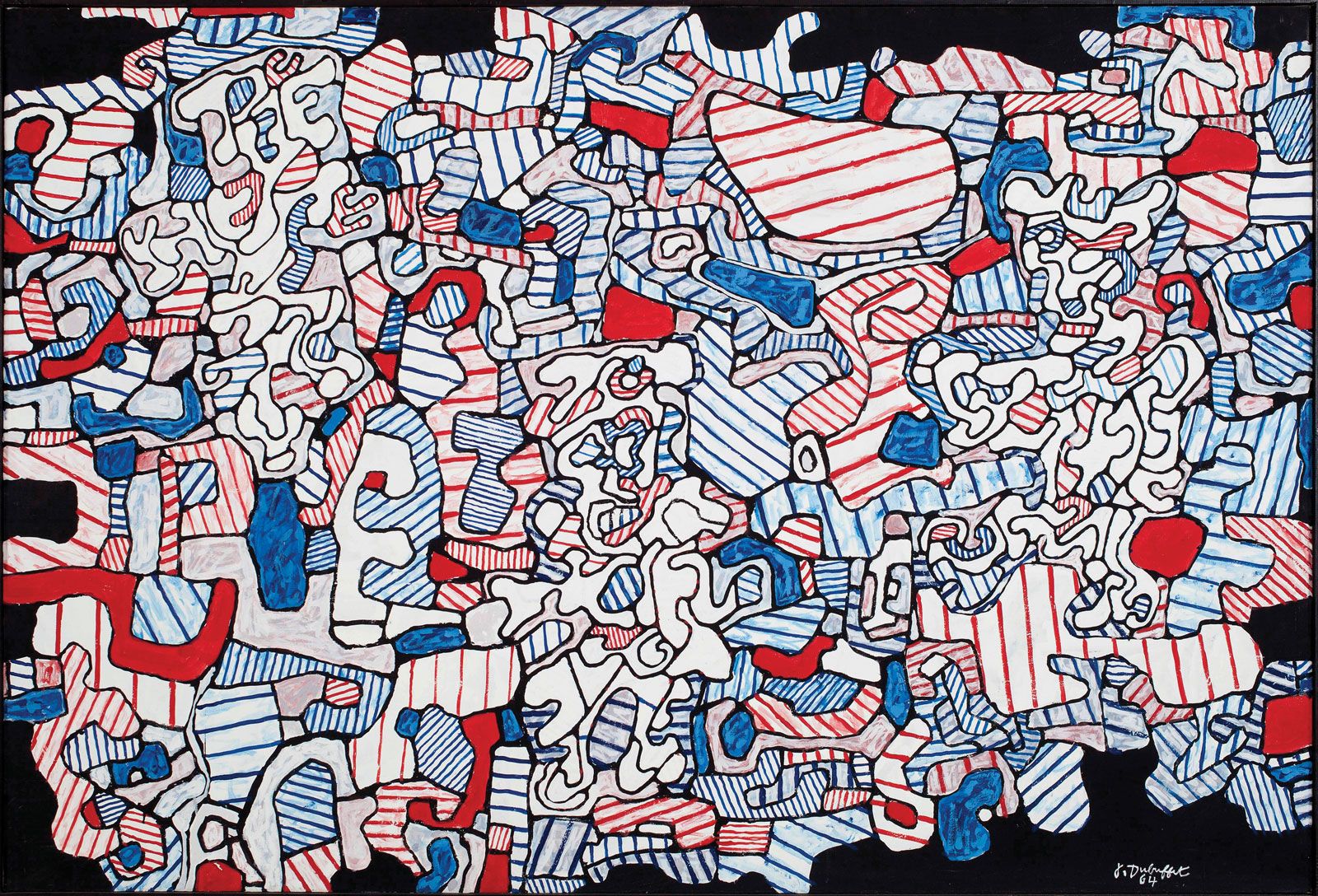 A Brassaï photograph of post-war Paris will open the show, evoking the “devastated context” that was “a visceral source of inspiration to Dubuffet”. The show then leads the viewer through the key series, from the expressive early figure studies to those dense landscapes that inspired Basquiat, the teeming urban 1960s Paris Circus works and the interlocking shapes of the later Hourloupe series. Examples from both phases of his intense Art Brut collecting—in the 1940s and the 1960s—are also represented.