Michael Jackson’s impact on contemporary art is an untold story, say the organisers of Michael Jackson: On the Wall, which opens at the National Portrait Gallery in London this month (28 June-21 October). More than 40 artists, including Kehinde Wiley, David Hammons, Catherine Opie and Glenn Ligon, give their own take on the King of Pop, who died in 2009. “All the artists included—despite coming from different generations and parts of the world, and employing a range of media—are fascinated by what Jackson represented and what he invented,” says Nicholas Cullinan, the director of the National Portrait Gallery. Here, participating artists explain why Michael matters. 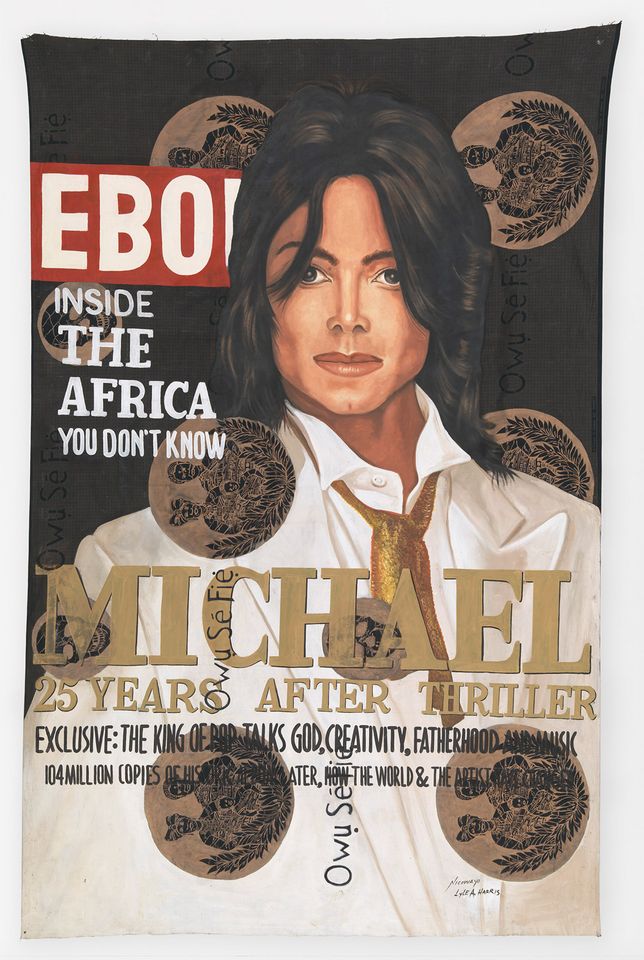 “I remained intrigued by the vulnerability, the genius that was Michael Jackson and how his global presence still haunts the contemporary phantom scene. Black Ebony II continues my investigation of Michael Jackson first explored in my 2005 piece Performing M.J. at the Michael Jackson conference at Yale University. Whereas the 2005 performance interrogated societal forensic obsessions/projections—based on evidence given at Jackson’s trial in 2005—the 2010 piece served to memorialise him with vintage Ashanti funeral fabric [the piece is painted on the typical Ghanaian textile].” 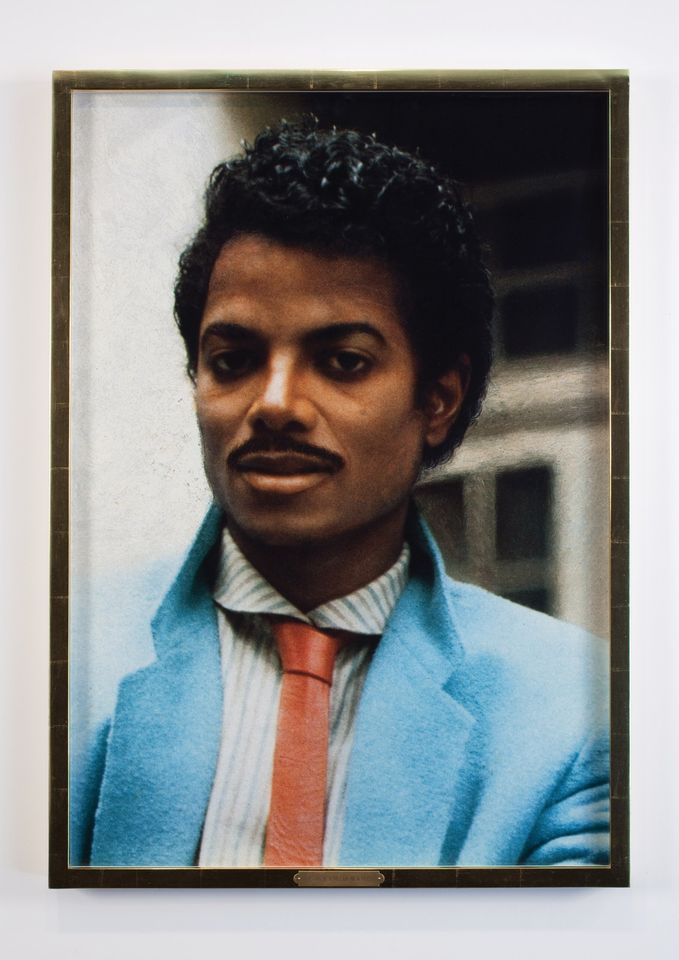 “All my work is about framing and context. This image first appeared in a 1984 edition of Ebony magazine, and was a somewhat kitsch representation of how Michael Jackson, might look in the year 2000. They could not have been more elegant in their hopeful rendering of M.J.’s future self and they could not have been more wrong. I turned it into a work just before he died. In a way he became our society’s Frankenstein: he was the culmination of pop culture’s greatest potential, but something went awry along the way. We love him so much; he is us.”

“The work [a 16-channel film installation] is less about Michael Jackson himself, than about the experience of fandom; the finding and losing of the self in intense relationship to a body of music or a musical persona. It is one of a series of works that portray communities of fans in the act of consuming and reproducing a seminal album. In this case, 16 super-fans were each given the opportunity to individually record their own version of Jackson’s Thriller, from beginning to end.”