Emperors, enamel and Easter eggs: how Fabergé and Russian workshops made some of the most desirable objects on earth 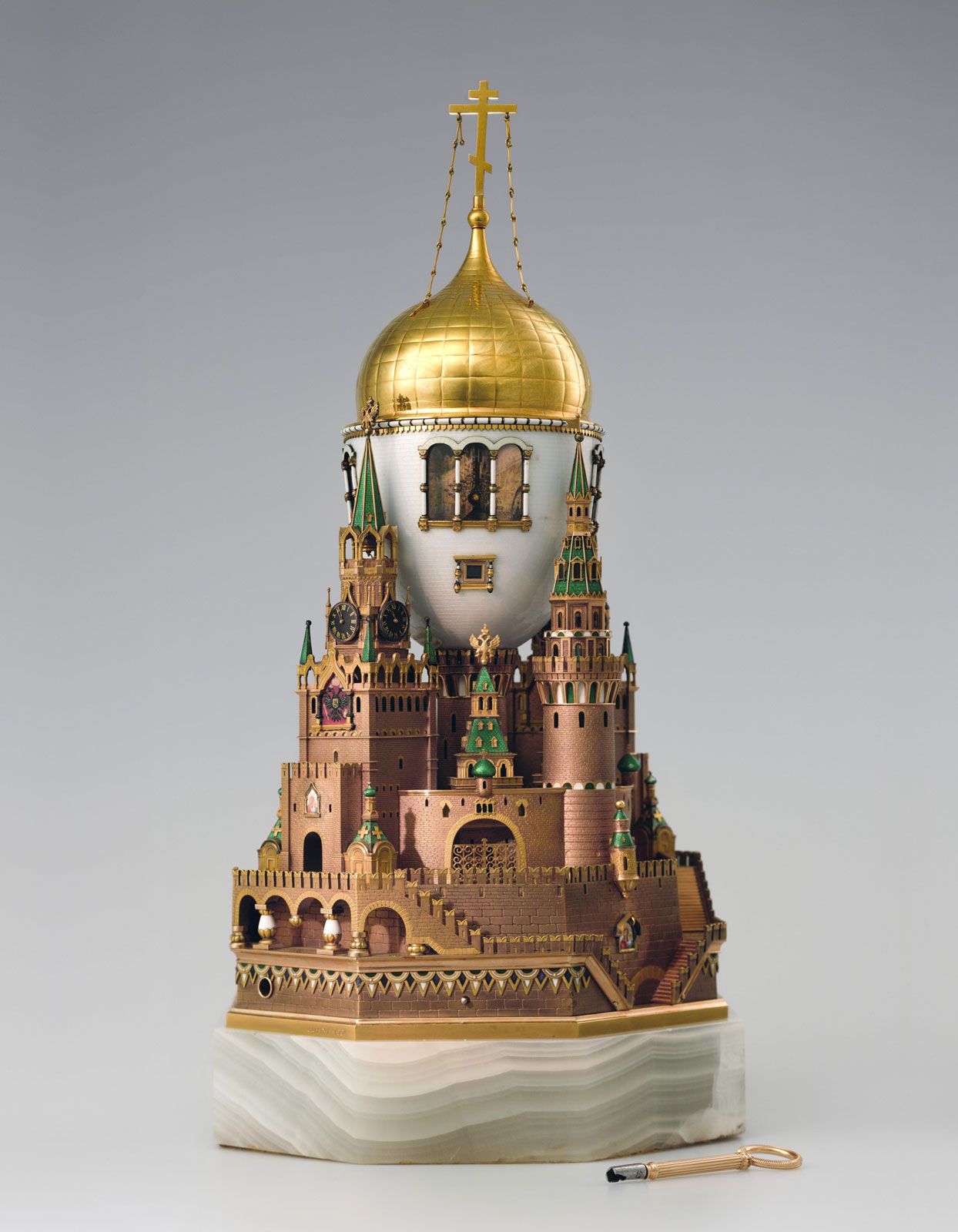 Opening to mark a century since the Russian jeweller Carl Fabergé died in 1920, the exhibition Carl Fabergé and Feodor Rückert: Masterpieces of Russian Enamel will bring together around 400 examples from some of Russia’s most skilled jewellers, including firms such as I. Khlebnikov and P. Ovchinnikov, who made pieces for the Russian royal household, as well as Feodor Rückert, one of Fabergé’s best workmasters. The pieces on show at the Moscow Kremlin Museums will range in size from icons and lamps to small personal accessories such as card cases decorated using the plique-à-jour technique (reminiscent of stained-glass windows).

There will also, of course, be examples of the bejewelled eggs synonymous with Fabergé. By the turn of the century, Carl Fabergé had turned his father’s St. Petersburg jewellery business into one of the most renowned in the world, having gained the royal seal of approval after the success of the first so-called Fabergé egg, a gift commissioned by the Tsar Alexander III for his wife Maria Fyodorovna. 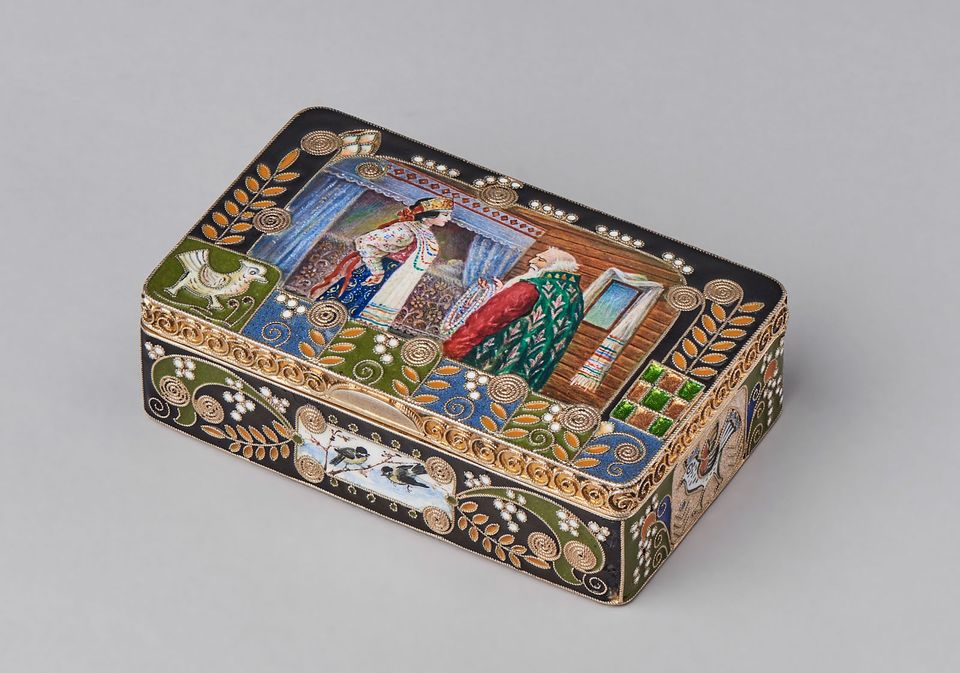 The Fabergé’s focus in St Petersburg was on the international market, with Fabergé’s agents stimulating a worldwide demand from London to the Far East. Until the Russian Revolution in 1917 this ensured the steady growth of the Fabergé brand and business, bringing prosperity to the distinguished masters and giving work to some 500 employees, from modellers and stone setters to enamellers and makers of the elegant and silk-lined birchwood boxes within which the precious items were despatched.

Perhaps unfamiliar to western audiences though, who have admired, and if wealthy enough, collected the well-known frivolous hardstone animals and delicate flowers since Fabergé opened his London shop in 1903, the exhibition will bring out a rich strand of Russian artistic patronage. In Moscow, the leading workshops within Fabergé’s network drew their inspiration from deep-rooted Russian traditions, recent achievements and notably from specific objects in the historic Kremlin Armoury Chamber. 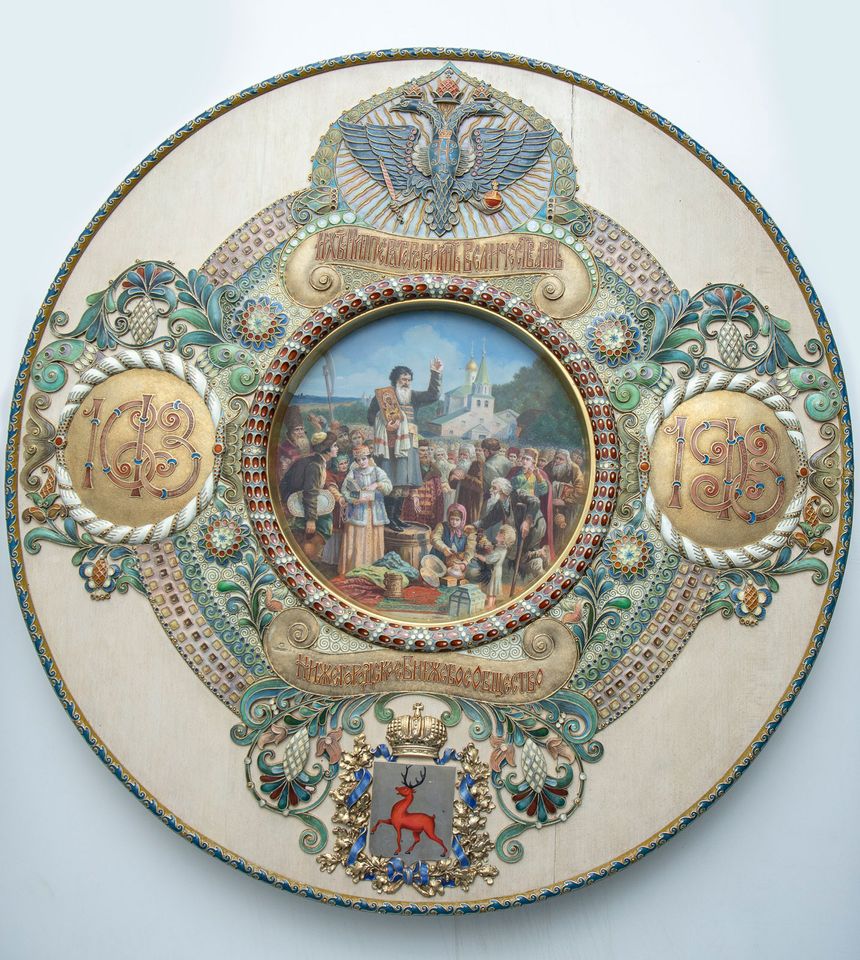 A 1913 filigree and champlevé enamelled tray by the I. Khlebnikov firm, which was given to Nicholas II and Alexandra Feodorovna by the Nizhny Novgorod Stock Market Society © Nizhniy Novgorod State Reserve Museum of History and Architecture

Thanks to its custodians’ meticulous record keeping over the past five centuries, unusually precise evidence of how the Kremlin’s historic collections inspired the local designers and enamellers is offered by pairing the original inspiration with its late 19th century adaptation. For example, a Ming wine flask with late 16th century Russian mounts, which was recorded in 1808 as belonging to Tsarevich Ivan Ivanovich, was ingeniously reproduced nearly a century later by the Khlebnikov jewellers who gave it a new function as a flask set on a tray with little shot cups. 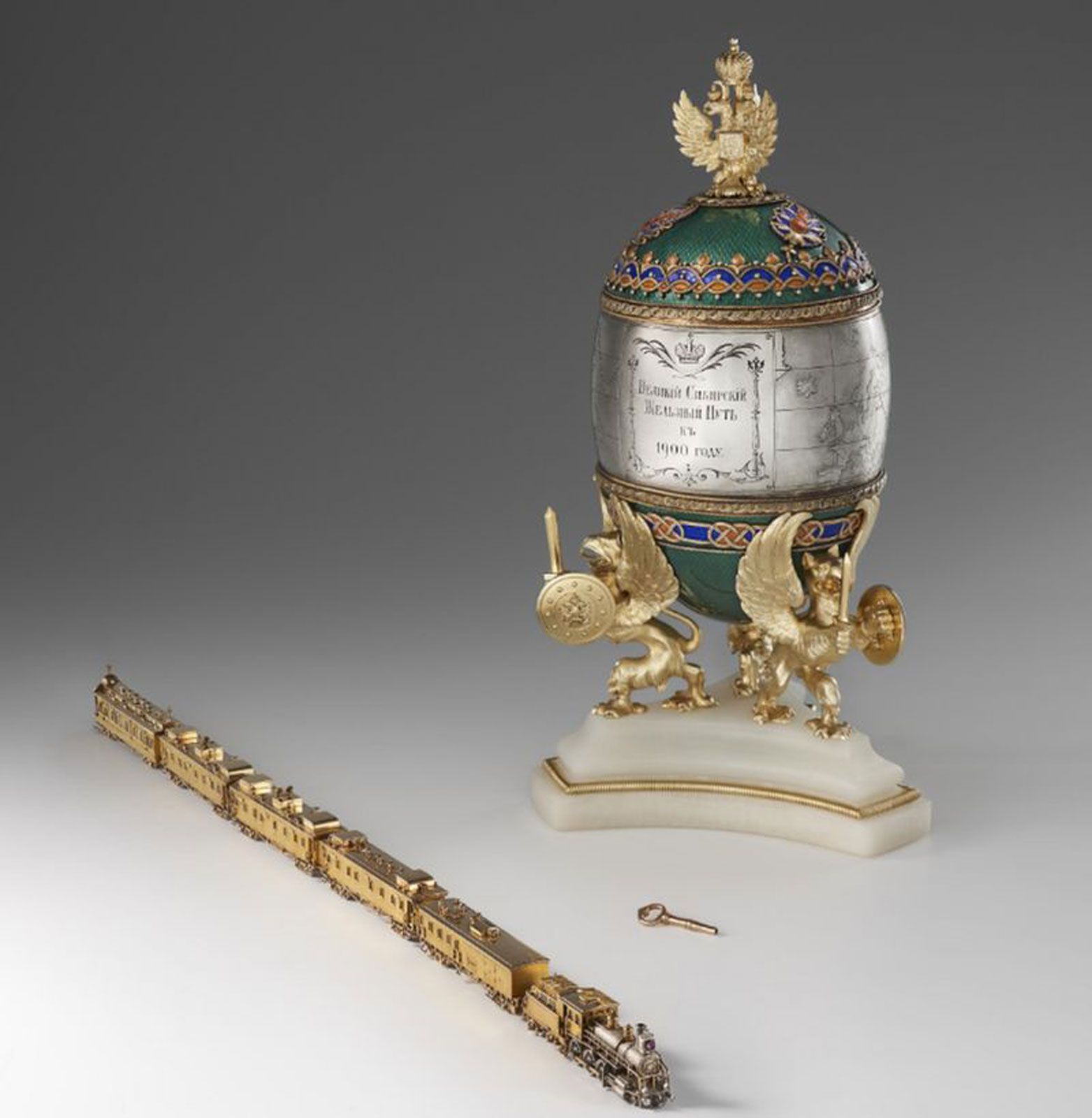 Two Easter Eggs will offer contrasting illustrations of how ingenious Fabergé designers pleased their Imperial clients with contemporary achievements and their shared Russian heritage. One, made in 1906, has a gold dome capping the clustered green and white enamelled towers characteristic of Russian churches. Another from 1900, marked by M. Perkhin and decorated with traditional Russian enamel motifs, wrapped with a map of Imperial Russia showing the new Great Siberian Rail Line, the longest on earth; its tiny train has diamond headlights, a ruby lamp and rock crystal windows. The egg was a gift from the last emperor of Russia, Nicholas II, to his wife Alexandra Fyodorovna.