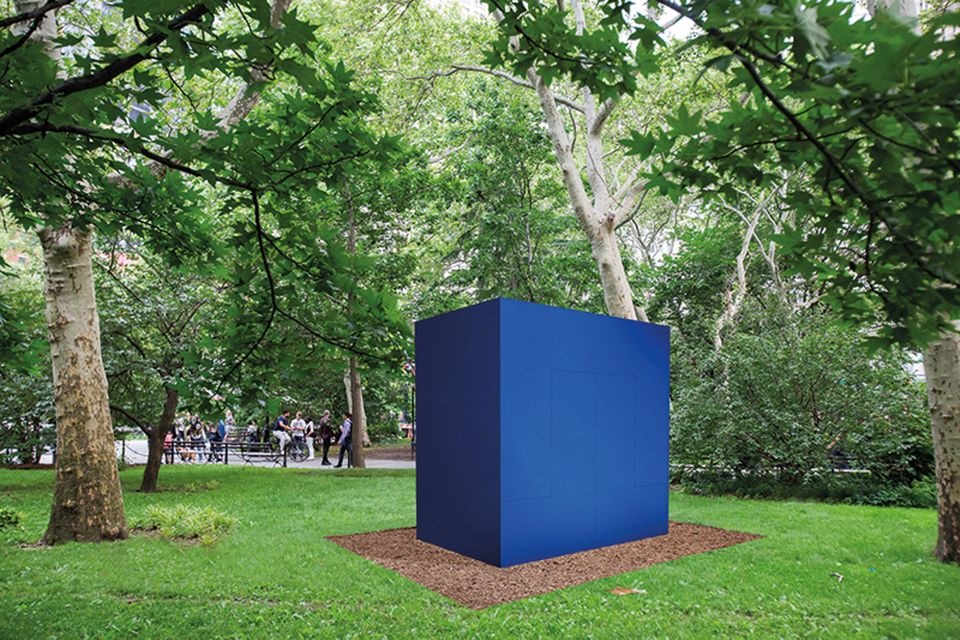 The seven-decade-long career of the Havana-born painter, aged 104, includes stints in France and Cuba before she settled in New York in the mid-1950s. Herrera struggled to gain recognition in the art world, selling her first painting at 81 and having her first major museum show, at New York’s Whitney Museum of American Art, aged 102.

The show is a “dream project” for Herrera, according to Palmer. The sculptures are based on 1960s archival drawings; three are being realised for the first time, while two were shown recently by Lisson Gallery. One, Pavanne (1967/2017), named after a Renaissance funeral dance, was conceived as an ode to Herrera’s late brother.

The exhibition also brings to light a little-known facet of Herrera’s background. In 1938, she studied architecture at the University of Havana and although she left after a year, “that foundation in architecture is visible in both her sculptural drawings and as an organising principle in her paintings”, Palmer says.

Herrera, who uses a wheelchair, still works every day, Palmer says. “It’s monumental to her that these works are going to be shared with the widest audience possible, and that it seems the art world is finally advocating for her.”