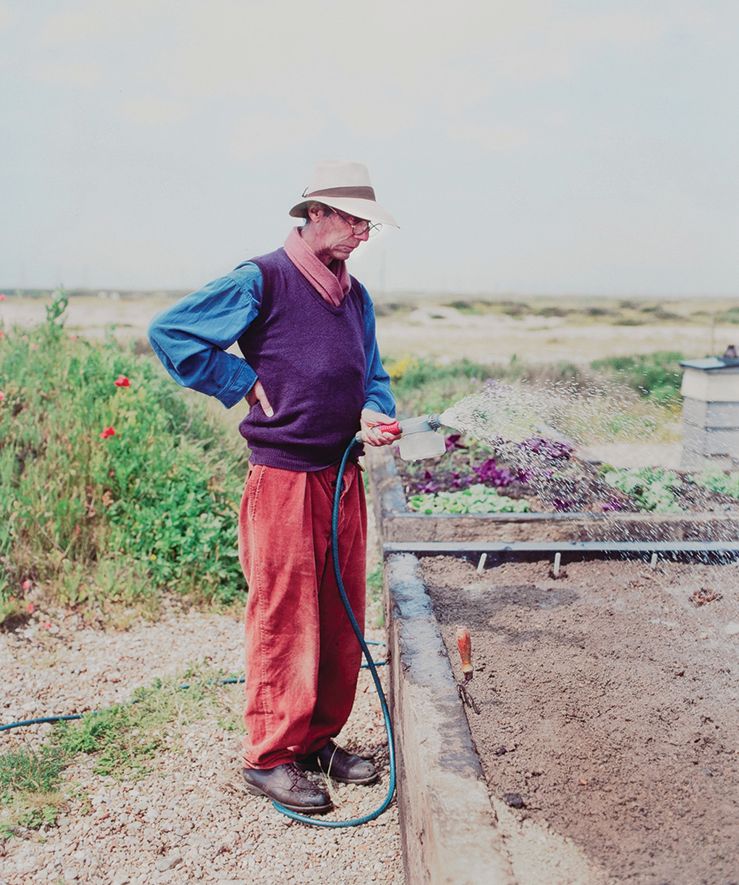 Derek Jarman tended his garden at Prospect Cottage, on the Kent coast, from 1986 until shortly before his death in 1994 © Howard Sooley

In 1986, Derek Jarman bought Prospect Cottage in Dungeness—a fisherman’s shack in the shadow of a nuclear power station—for £32,000. He came across the ramshackle building while filming on the Kent beach with the actor Tilda Swinton, a discovery that would help the late artist and activist cope with the trauma of his recent HIV diagnosis.

A new show at the Garden Museum in London, titled My Garden’s Boundaries are the Horizon, will focus on Jarman’s love of gardening and his passion for the natural world. The show’s title comes from a phrase written in his diary, published as Modern Nature (1991): “There are no walls or fences. My garden’s boundaries are the horizon”.

"He really is one of the most original and influential gardeners of the 20th century" Emma House, exhibition curator

The curator Emma House has brought together works, photographs, personal artefacts and garden tools from the cottage, which reflect how Jarman’s small patch of blooms and shrubbery fuelled his vision. “Discovering just how creative and prolific he was whilst living at Prospect Cottage and how the garden influences everything he does” was revelatory, she says.

The show is timely, coming in the wake of the Art Fund charity’s successful campaign to save the cottage for the nation after raising £3.5m earlier this year. “We’ve always wanted to do a show on Derek’s garden as he really is one of the most original and influential gardeners of the 20th century. I suppose the Art Fund appeal very much focused our mind,” House says. 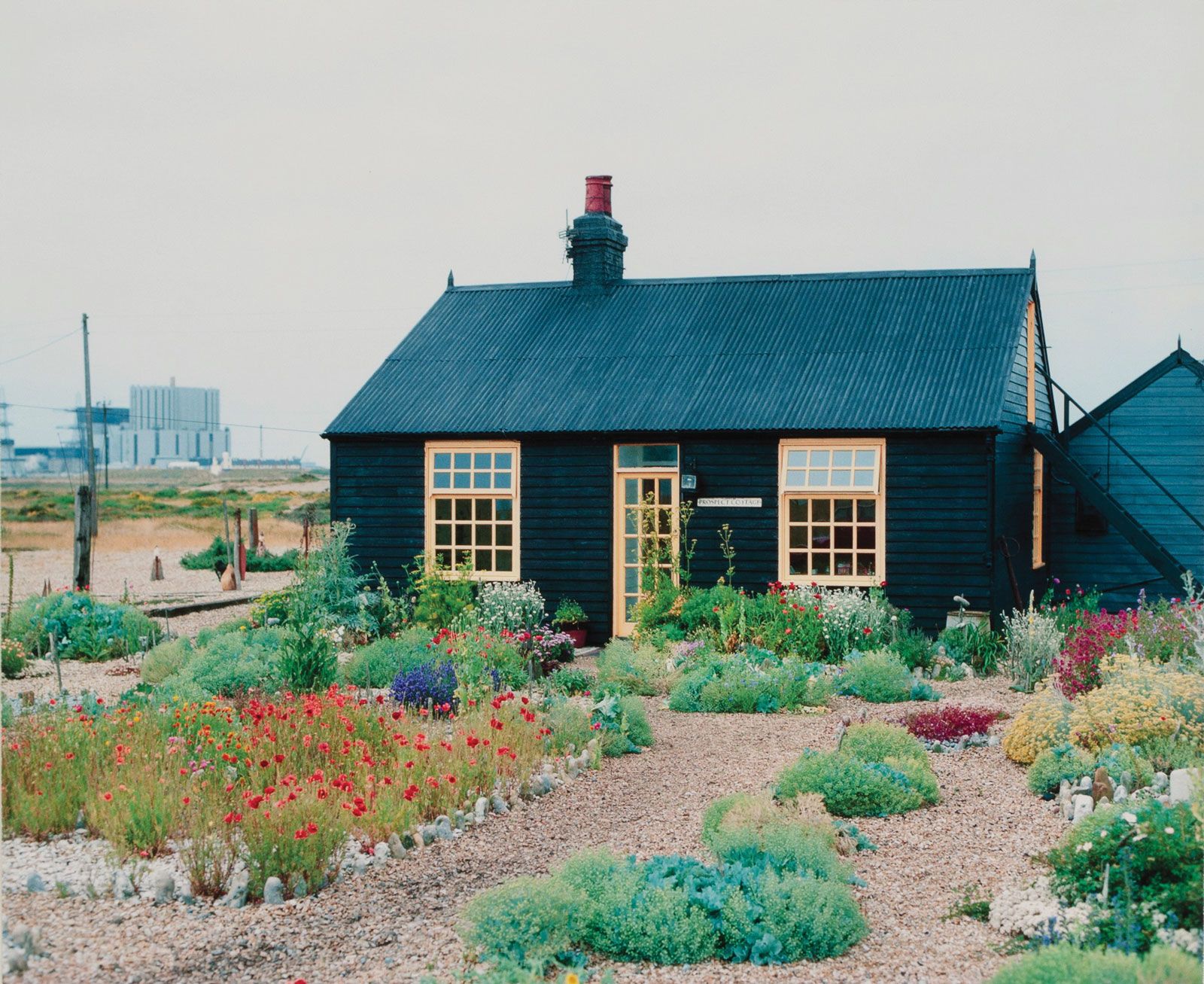 Jarman was hugely knowledgeable about plants, House explains. “His referencing of Gerard’s Herbal [a history of plants from 1597] and [works by the herbalist] Nicholas Culpeper illustrate a love and fascination with plants that transcends the purely prosaic,” she says. The garden acted as a catalyst for several of Jarman’s projects, featuring in many of his films and works of art.

“It galvanised him to create his beautiful and politically powerful black paintings (1986-1990). His daily walks from the garden along the seashore also enabled him to gather material for his sculptures,” House says. Jarman was also acutely aware of climate change (the effects of drought-stricken summers on the garden prompted the paintings Oh Zone and Acid Rain, both 1992).

The Garden Museum is also borrowing Jarman’s Super 8 camera, while film and archival material shot by Jarman in Dungeness will be an exhibition highlight. Prospect Cottage was the location for the artist’s films including The Last of England (1987) and The Garden (1990). “I filmed last year’s poppies with a bee hovering over them and put the shot into War Requiem (1989),” he writes in Modern Nature. 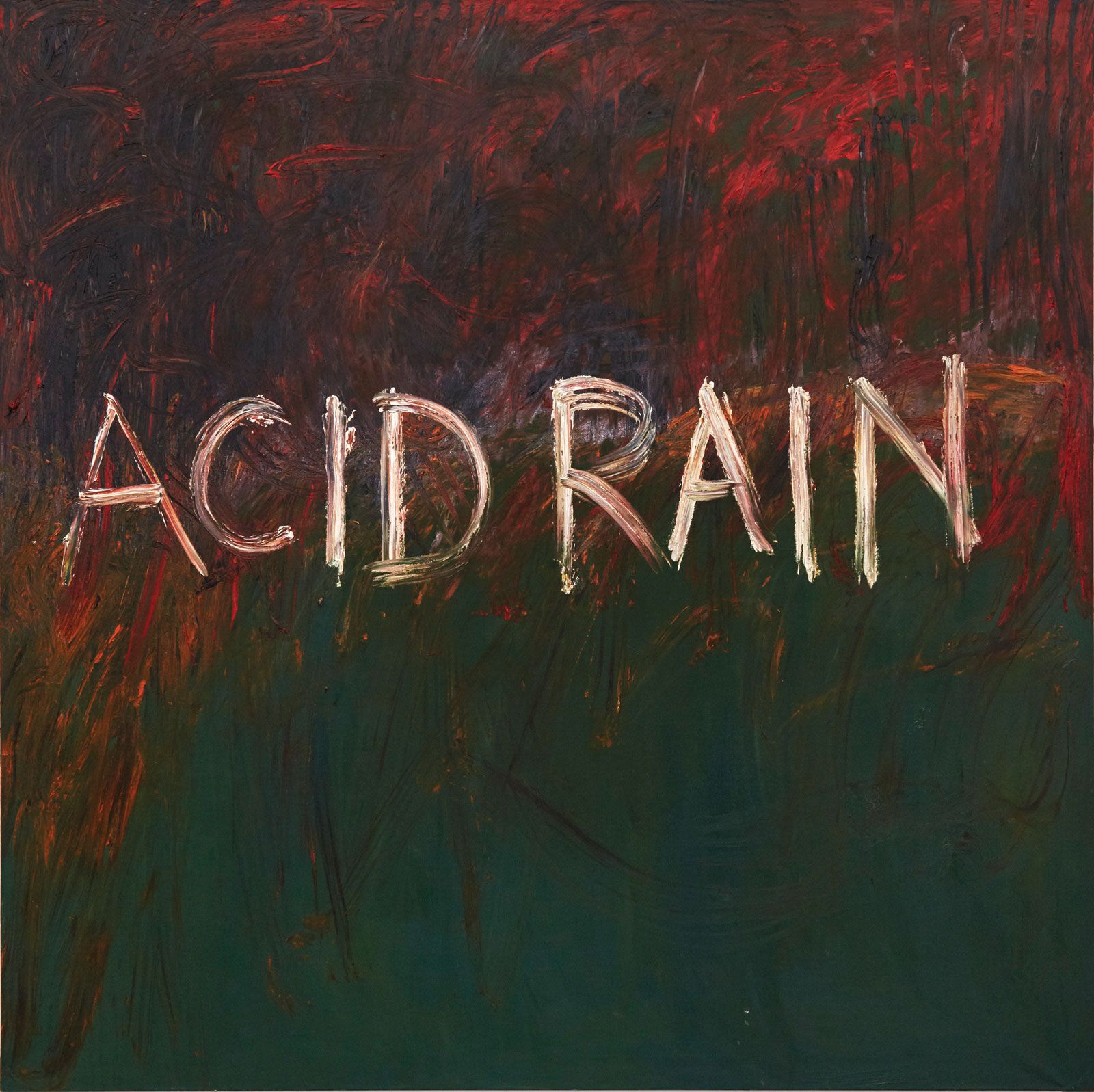 Some of the items are intensely personal, including three garden journals, recording the development of his garden, along with the plants he loved, House says. “These are very personal and also record his love for his partner Keith Collins, the deaths of so many of his friends from Aids, and the stark realities of his own health,” she adds. Most items in the show will be on loan from The Keith Collins Will Trust and the Amanda Wilkinson Gallery, which represents the estate (Jarman died of Aids-related illness in 1994).

Other UK shows are in the pipeline to celebrate Jarman’s horticultural innovations. Members of Greater Manchester’s LGBT communities will work with an unnamed artist on developing an urban garden outside Manchester Art Gallery, which will be showing Protest!, a retrospective of Jarman’s work that was shown at the Irish Museum of Modern Art in Dublin (dates to be confirmed). Meanwhile, the author Philip Hoare is co-organising Derek Jarman: Queer Nature at John Hansard Gallery in Southampton next year, which includes films and photographs of the Dungeness garden by the photographer Howard Sooley.