The artistic director selects five artists, all born in the 1980s, with a big presence in his exhibition 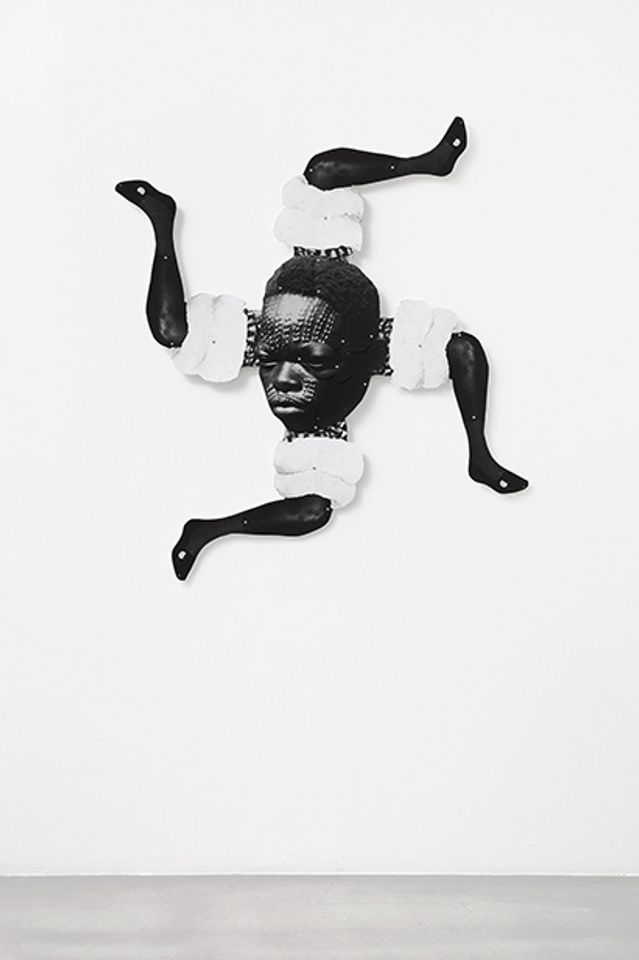 “Frida is an artist living in Norway, whose work I first saw included in an Arthur Jafa exhibition. She is trained as a sociologist and started an incredible Instagram practice, which Arthur picked up on and invited her to produce works that could be shown in a gallery. She makes these collages based on historical images of black women. They’re powerful and disarming. Some of them prompt a double-take because she’s twisted the head around or placed limbs at weird angles, and they are also thought-provokingly ambiguous. Frida is also showing a nine-channel installation based on her Instagramming, which is probably the first Instagram work that’s been in the Venice Biennale.” “Jill was exemplary in terms of responding to the exhibition’s split format, with alternative shows in each venue. She made two series of paintings that both took as their starting point Edvard Munch’s group of paintings, The Frieze of Life. One of Jill’s groups is eerie and lyrical—it features erotic couples or single figures who are in a state of narcotic absorption. The other series features a number of violent scenes: confrontations, torture and urban disasters. But in both, her treatment of the painting conveys a sense that the image is not a picture so much as an interface, a means of looking at how bodies and emotions and our attention spans operate within the increasingly virtualised social space in which we live.” 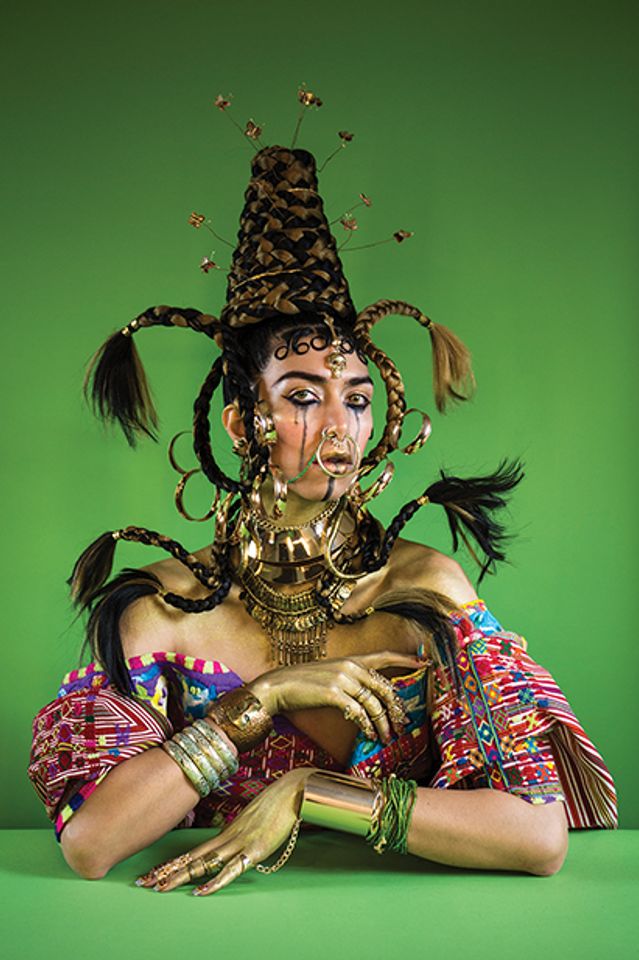 “Martine’s a young New York artist exploring the complexity of identity. She produced an utterly remarkable publication called Indigenous Woman that looks a bit like Interview magazine and parodied fashion and style rags. It’s an epic body of work in which Martine apppears in all the fashion spreads and fake ads. Some works parody fetishized representations of ethnic identity, while the Body En Thrall series consists of large black and white prints of scenes that suggest a class-conscious Twilight Zone soap opera, in which Martine appears surrounded by well-heeled (and occasionally amorous) mannequins.” 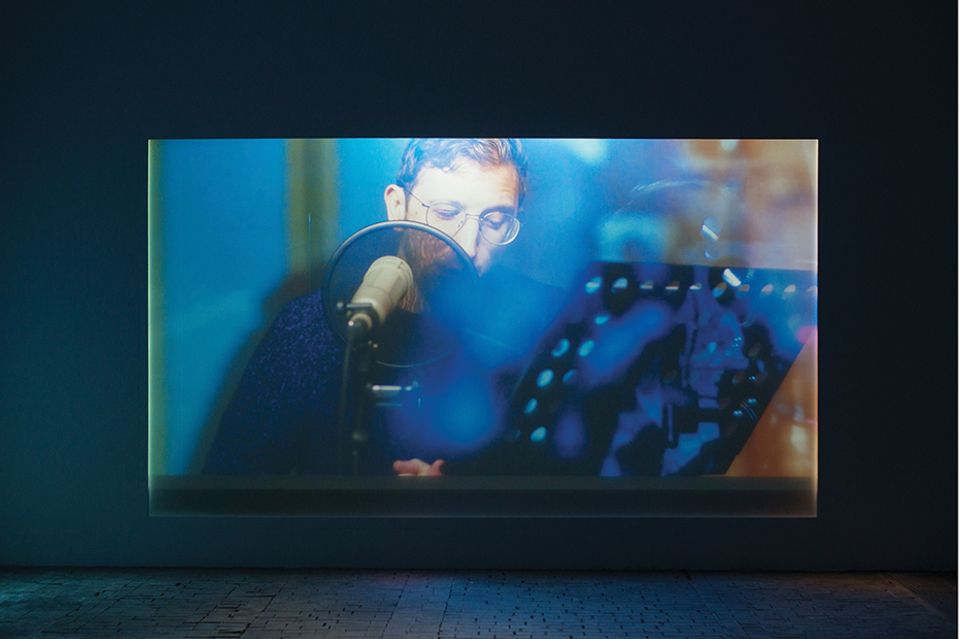 “Lawrence calls himself an ‘earwitness’, as opposed to an eyewitness. He started out as an experimental musician and moved on to making works about sound and the forensic uses of audio recordings and surveillance. One leitmotif in the Biennale is walls and barriers of different kinds, and Lawrence’s work Walled Unwalled [2018] is a key piece. Shot in the former broadcasting booths of East German state radio in Berlin, it shows the artist speaking about legal cases in which audio evidence—sounds overheard by witnesses or recorded using surveillance technologies—played a significant role. With advances in audio eavesdropping, the video reflects on a state in which there are no walls anymore that protect your privacy. As he says: ‘Today, we’re all wall and no wall at all.’” 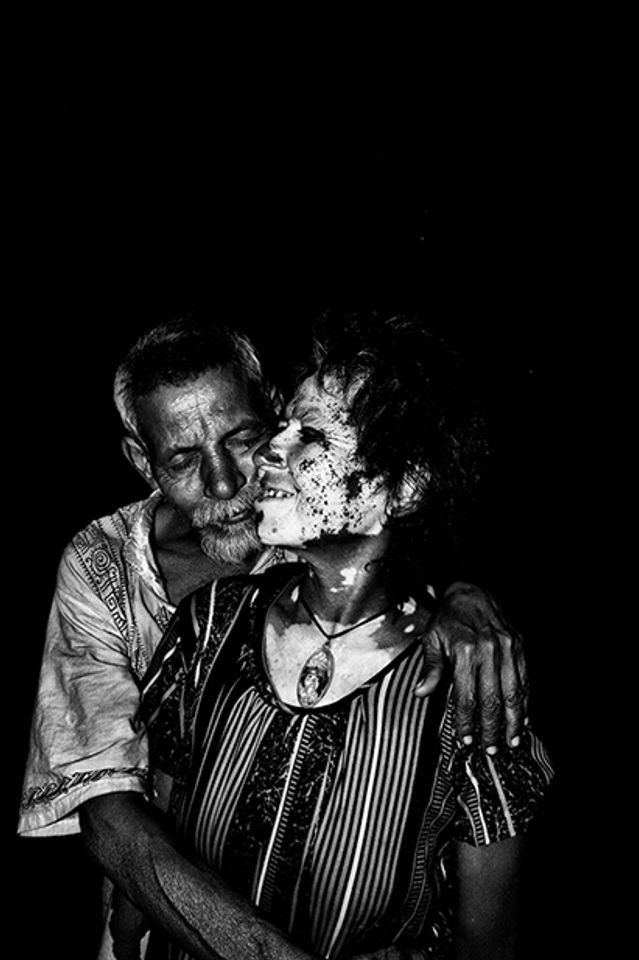 “Soham is presenting two groups of photographs from a series he’s made on the outskirts of Kolkata. For the most part, they depict people living on the street or out in the street late at night. They are riveting, and avoid every cliche about representing the poor and homeless. Their power reflects the way that he worked with his subjects as collaborators—asking them to suggest how they’d like to pose, what props, if any, they’d like to appear with, etc. He was willing to blur the line, in this way, between documentary and fictional portraits… You get a sense of each person as an active agent rather than the passive subject of a photojournalist’s sympathetic gaze… Once they get inside your head, they linger for a long time.”