Moving from gallery to gallery like a nomadic traveller, the performance artist-in-residence will morph into a series of personae 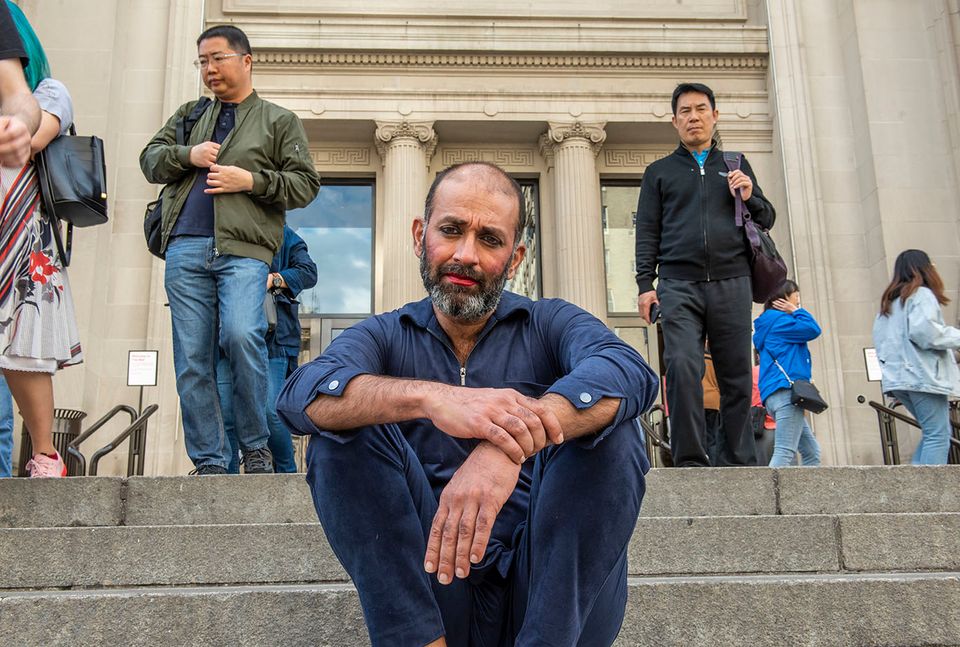 The performance artist Nikhil Chopra at the Met Stephanie Berger

At first glance, Nikhil Chopra’s itinerary at the Metropolitan Museum of Art may seem like an endurance test: nine consecutive days of drawing, singing, eating, changing costumes and sleeping in a marathon piece of performance art.

“It definitely feels like a long trek,” says the Indian-born artist, whose odyssey begins on the Met’s front steps on 12 September and ends on the 20th in a courtyard in the Robert Lehman wing. “But there’s also a lot of thrill in that, so it’s not all torture­–it’s a lot of pleasure as well.”

As he has in previous performances from Manchester to Venice to Mumbai, the artist plans to adopt a series of personae as he moves from gallery to gallery, changing costumes, applying makeup and shaving. 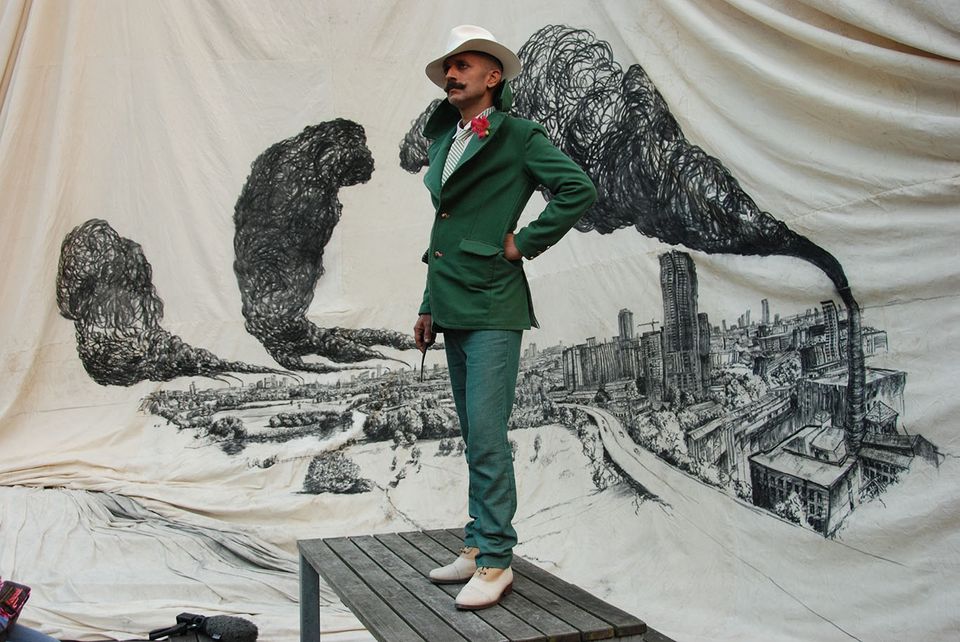 Nikhil Chopra in Coal on Cotton (2013), commissioned by the Manchester International Festival and the Whitworth Gallery, Manchester Sabine Pfisterer/Courtesy of the artist and Chatterjee & Lal

“Somewhere I will look like an abstract painting, and somewhere I will like a shaman, and somewhere I might look even like a Chinese lantern with all of those tassels that hang out of my costume,” Chopra says. At one point, he adds, he will don a red spandex bodysuit that evokes the body masks worn by Asmat tribespeople in the museum’s displays of Oceanian art.

(The artist's performance starts at a time when the Met's embrace of contemporary art is front and center: today the museum ushered in its first-ever installation on its historic exterior, featuring sculptures by Wangechi Mutu in niches in its Fifth Avenue facade.)

To draw onlookers into the atmosphere, Chopra will periodically sing while a sound artist with whom the artist has long worked will play music. Yet most importantly, the artist sees his central task as creating a large-scale drawing that alludes to landscape painting and that plays off the performance’s title: Lands, Waters, and Skies.

“By calling it Lands, Waters, and Skies, I feel like I’m politicising that and not just making a pretty picture,” says Chopra, who has a 2019-20 residency at the Met. “I’m asking the question, whose sky, whose land and whose water? Especially in the 21st century, these questions become very important.” Through his performance piece, the artist plans to contemplate how the Met tells its stories as well as explore notions of displacement and migration.

On his first day at the museum, Chopra will mount the museum's steps and assemble his gear in the Great Hall before heading to his first destination, a spot in front of the Egyptian Temple of Dendur in the Sackler Wing. There, a cotton canvas that he will use for the drawing will serve as a makeshift dwelling, he says.

Asked whether he will interact with museumgoers during his stop there, a popular place at the Met, Chopra says the museum will station staff members to act as liaisons between onlookers and the performance. “I want to be kind of like an object that you would see in a vitrine,” he explains. “I have to in a way separate myself from the audience.”

His second location, on the performance’s third day, will be the Modern and contemporary art gallery housing Sol Le Witt’s abstract Wall Drawing No. 370 (1982). “I will be literally right across from Sol LeWitt’s wall, and in a sense those diagonals, horizontals and verticals [in No. 370] will inform the way in which I will be drawing right across from him,” he says. 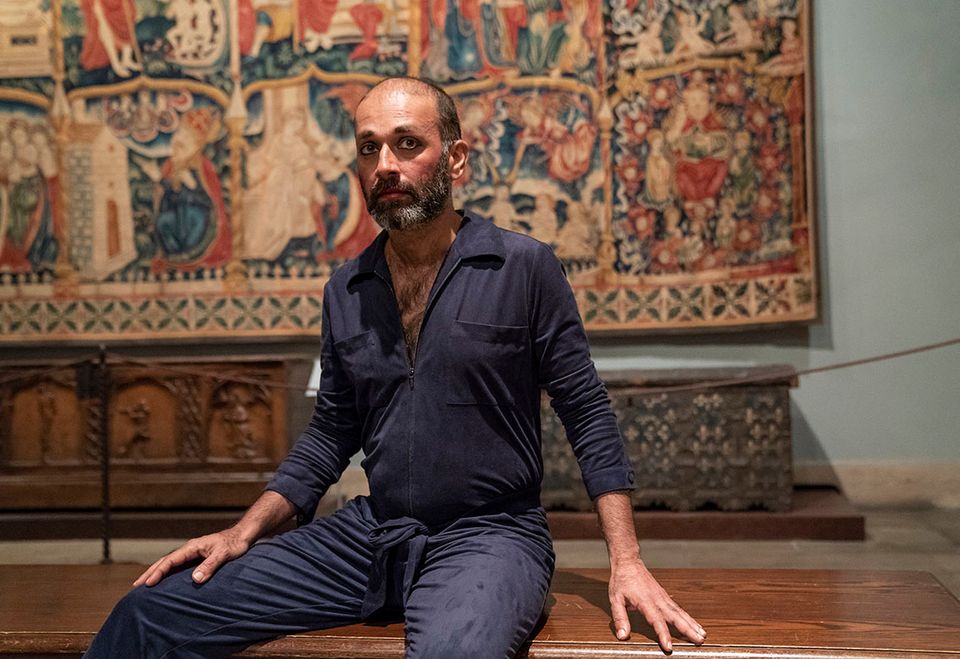 Finally, Chopra will station himself in the skylit courtyard in the Robert Lehman Wing. In a reflection of the amount of preparation that has gone into his Met residency, the artist will wear a silky costume for his last evening on which a designer has stitched embroidery mapping the constellations in the night sky for that date.

Chopra says he picked the spot partly because of the courtyard’s proximity to the museum’s long-running installation In Praise of Painting: Dutch Masterpieces at the Met (until 4 October 2020).

In the end, he says, finishing his drawing around the corner from Rembrandts and Vermeers will feel “like I’m coming full circle in my relationship to art”.

“I have to say that the Met has really gotten under my skin,” he added.