Face to face with a Mesoamerican metropolis—in Los Angeles 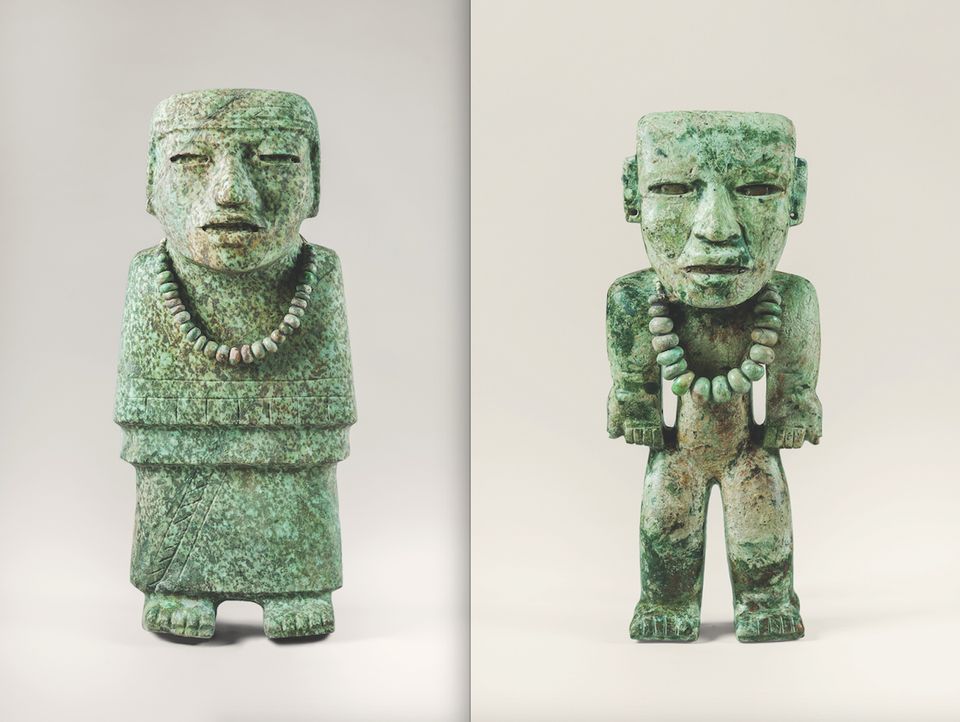 Teotihuacan was the largest city of the Americas in the first half of the first millennium AD. It was a “vibrant place that people were magnetised to, perhaps because of its myth as a ‘place of creation’, or just because it was a powerful marketplace”, says Megan O’Neil, the Los Angeles County Museum of Art’s (Lacma) associate curator of art of the ancient Americas. The Los Angeles museum is this month hosting City and Cosmos: the Arts of Teotihuacan, which travels from the De Young Museum in San Francisco, and mainly comprises objects borrowed from the Instituto Nacional de Antropología e Historia in Mexico City.

The exhibition brings together more than 200 artefacts, such as ceramics and sculptures, from the Mesoamerican metropolis situated north-east of the Mexican capital. The centrepiece of the exhibition comprises two green stone figures that were among four sculptures archaeologists found within a sealed-off tunnel underneath the Temple of the Feathered Serpent pyramid. The male and female figures “stand with their mouths slightly open because they’re speaking”, O’Neil says. The tunnel had more than 100,000 artefacts, including shells and beads, which are thought to be offerings directed at the sculptures, which “have been interpreted as the founding ancestors of Teotihuacan”, the curator says. “To get face to face [with] these supernatural sculptures is an empathetic and powerful experience”, O’Neil adds.

The organisers of the Lacma exhibition have drawn parallels between Los Angeles and Teotihuacan, where anthropologists have revealed that around 30 percent of residents were immigrants. O’Neil adds that, given the current political climate in the US, “it’s so important for us to show these connections to our colleagues and friends in Mexico”.