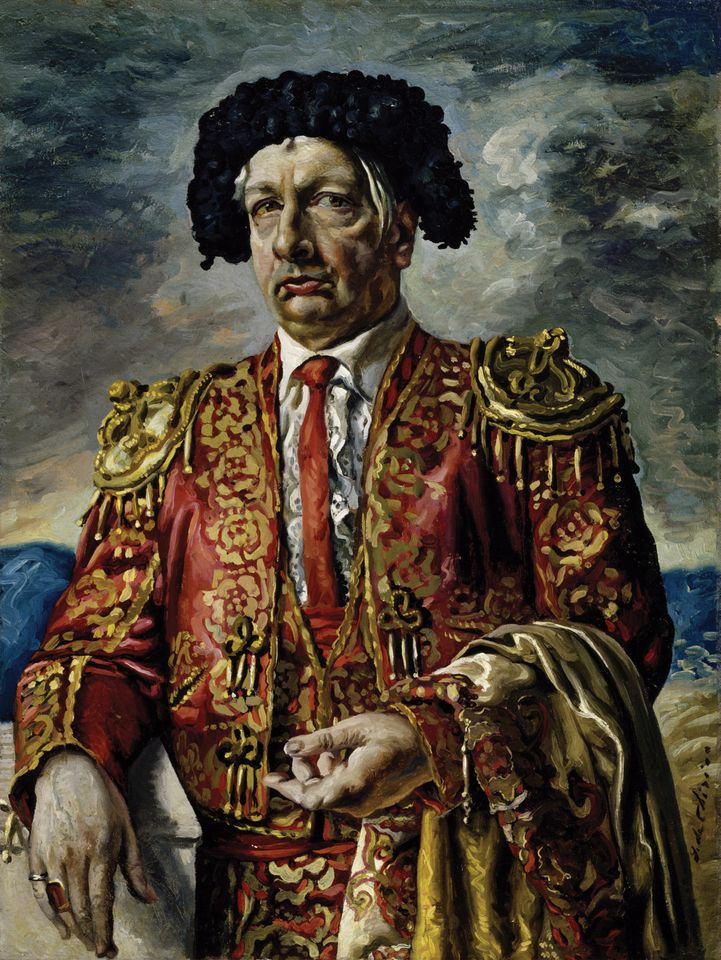 “And what shall I love if not the enigma?” goes the inscription in Latin across the base of Giorgio de Chirico’s melancholic 1911 self-portrait. Hailed as a visionary by the Surrealists for his unsettling Metaphysical paintings of the 1910s and then widely reviled for his kitschy later work, the Italian painter has become an enigma in the history of Modern art.

“De Chirico is very famous but not well known,” says Luca Massimo Barbero, the curator of a new exhibition revisiting the artist’s prolific but baffling career trajectory at Milan’s Palazzo Reale. Organised in collaboration with the Fondazione Giorgio e Isa de Chirico in Rome, the show comes almost 50 years after the Palazzo Reale gave an 81-year-old De Chirico his first major retrospective in his home country in 1970.

“While in France and America he was celebrated, in Italy he was often attacked, detested,” Barbero says. Late De Chirico was perceived as a cantankerous conservative, whose obsession with antiquity and the Old Masters was not only out of step with the rise of abstraction but possibly politically suspect—carrying the taint of Fascism.

De Chirico, who signed his 1940s neo-Baroque self-portraits “Pictor Optimus” (the best painter), seemed to relish the part of provocateur. He gave “surreal” TV interviews and denounced the Venice Biennale for including an “indecent fake” among his early works in its 1948 Metaphysical painting exhibition. In protest, he staged “anti-Biennale” displays at the Bucintoro boat club in Venice in 1950, 1952 and 1954.

For Barbero, such prickly behaviour can be reassessed today as a calculated performance, a marker of the artist’s “polemical genius” and contemporary sensibility. Far from losing his way, “he knew exactly what he was doing” and “was having a lot of fun provoking [the art world]”, Barbero argues. He hopes the Milan exhibition will help a new generation of Italian art lovers to embrace the contradictions of De Chirico beyond the famous first decade. 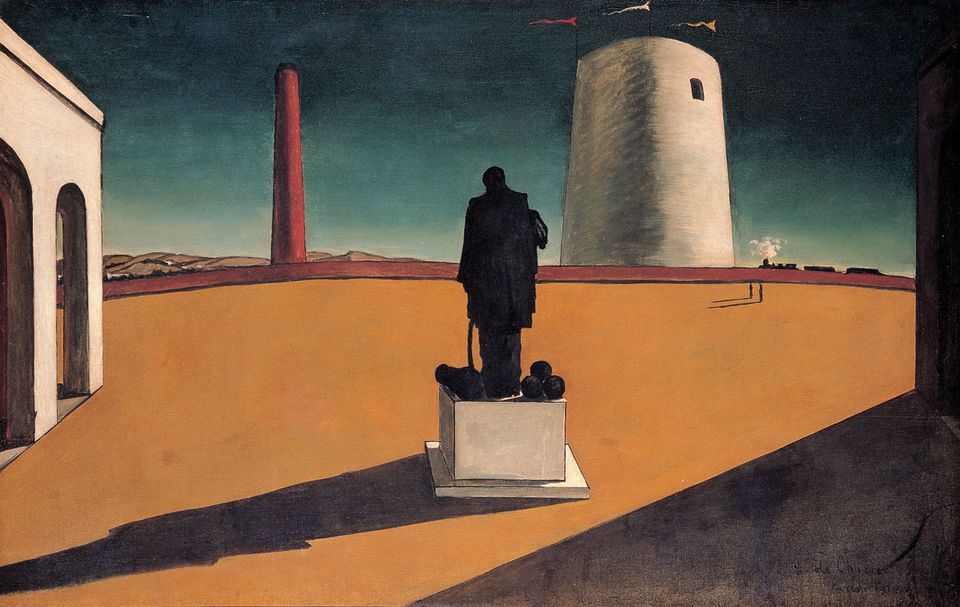 “De Chirico’s Metaphysical work is great but there’s at least 40 years of other works,” Barbero says. “He belongs to a very Pop [aesthetic] in a way but he’s so odd that we still can’t put him anywhere. The only place we have to label him is Metaphysical.”

With around 100 works ranging from 1909 to 1973 displayed in eight largely chronological galleries, the exhibition will explore recurring motifs such as mannequins, gladiators and illogical interiors—“all the elements that make De Chirico’s painting an absolute invention”. Barbero sees the 1920s gladiator series as an ironic riposte to those old accusations of Fascism. In contrast to the monumental masculine ideal of the time, “if you look at De Chirico’s gladiators you start to laugh because they look like little toys”.

Perhaps wisely, the show reserves the “most difficult” creations of late De Chirico for the last room: self-portraits in historical costume, a picture-postcard view of Venice and three replicas of a celebrated Metaphysical composition, The Disquieting Muses (1917). De Chirico’s controversial practice of reproducing his more popular early compositions and backdating the canvases—which he called verifalsi (true fakes)—has long bedevilled his market. 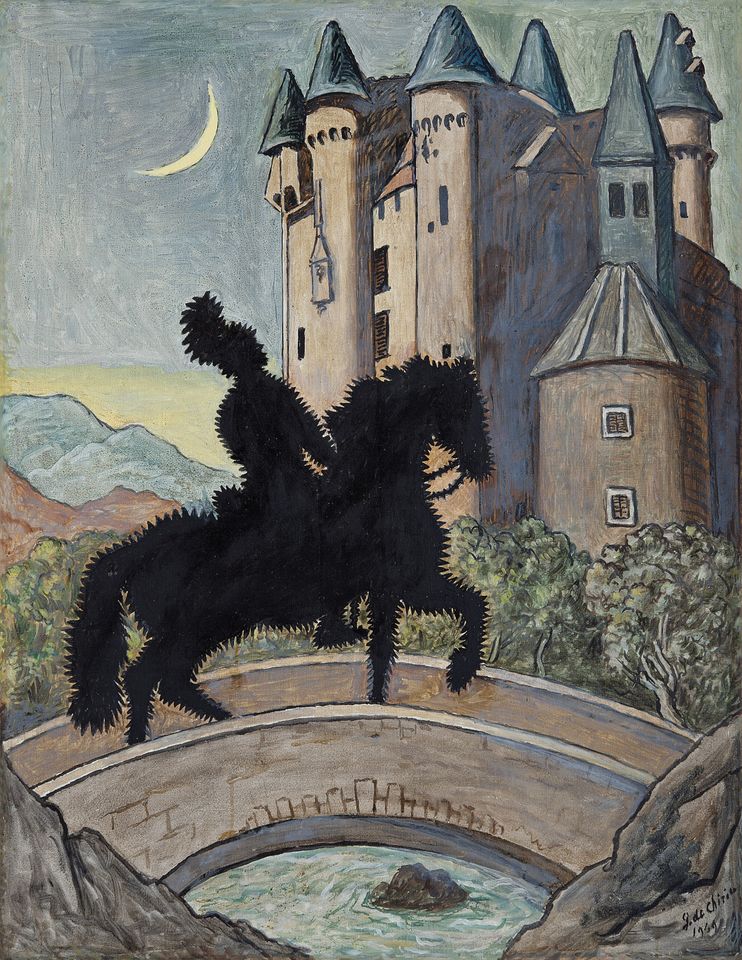 But the confusion around dates is “not a problem at all” for a curator, Barbero insists, since all the works in the exhibition come from museum and private collections with a clear provenance. In fact, he says, “the polemical question of fakes and reproductions makes De Chirico’s world so complex and so alive”.

Andy Warhol, for example, was so inspired by the Disquieting Muses series—reproduced in grid formation in the catalogue of De Chirico’s posthumous 1982 exhibition at the Museum of Modern Art in New York—that he went on to make his own silkscreen repetitions in tribute to De Chirico.

“Hopefully this will be a show that reopens the De Chirico case,” Barbero says. “It’s important to see the paintings, even the kitsch ones you might say can hardly be looked at. They’re so artificial and so contemporary.”

The main sponsor of the exhibition is M&G Investments.