“Almost every single thing we think we know about him is wrong,” says the curator of a new exhibition at the British Museum 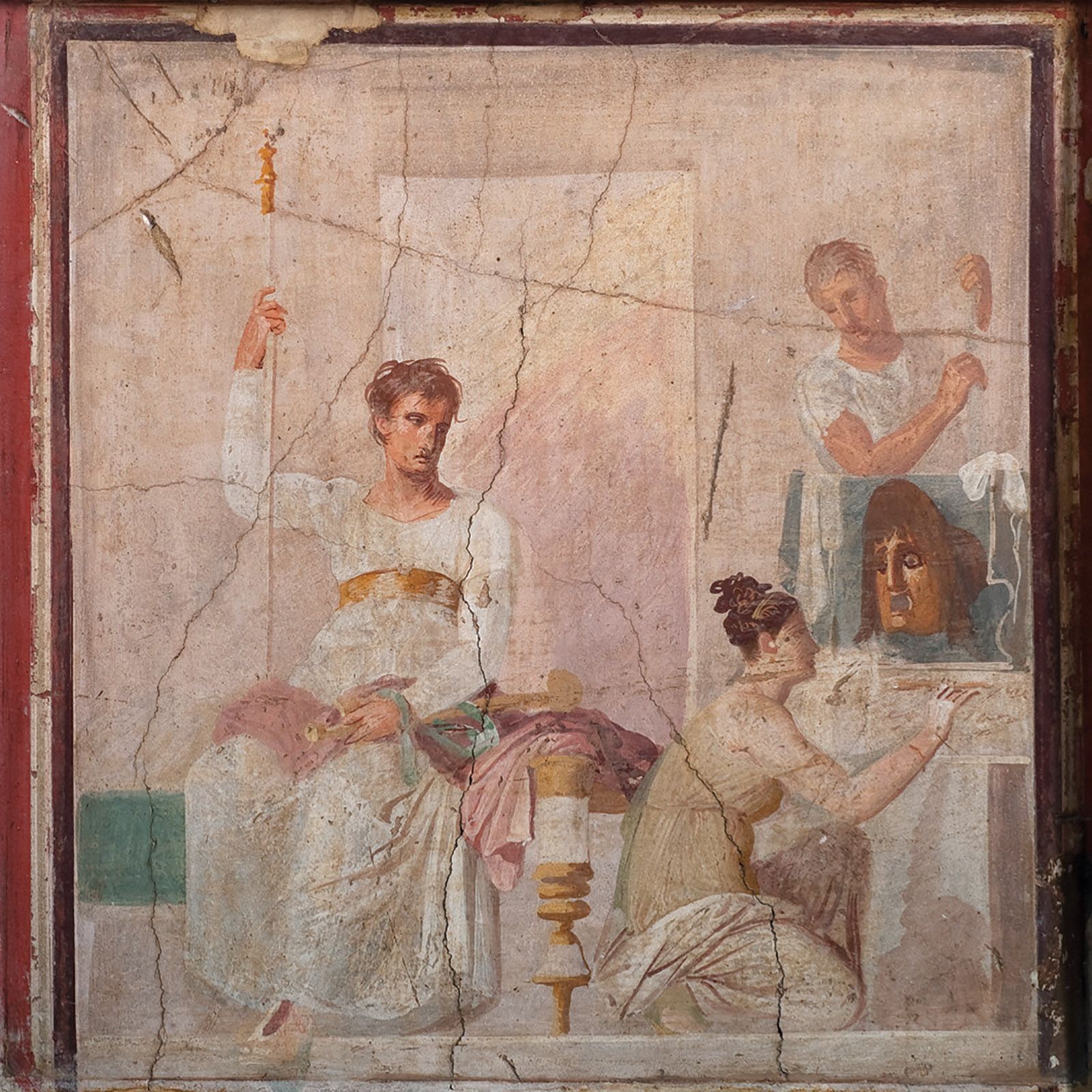 A fresco from Herculaneum (AD30-AD40) of an actor dressed as king, and female figure with a small painting of a mask Museo Archeologico Nazionale di Napoli

A marble head, on loan from the Capitoline Museums in Rome, will be the first object visitors meet at the major exhibition on the Roman emperor Nero opening at the British Museum this month. The face is instantly recognisable, Nero as his enemies described him: eyes hooded under heavy brows, jutting square chin, curved voluptuary’s mouth, hideous beard.

The problem is that almost everything about it is false. Only a fragment of the bust is genuinely Roman, the rest is a skilful 17th-century confection, according to the show’s curator Thorsten Opper. “Technically brilliant,” he says of the work, carved to match the accepted truth about the fifth Roman Emperor and the last of the Julio-Claudian line. He is known as a man whose mother poisoned his stepfather to get Nero the throne and was then murdered in turn, a psychopathic braggart who fiddled while Rome burned before building his vainglorious palace on the smoking ruins.

“Nero is one Roman figure almost every schoolchild has heard of, but the gulf between what we all think we know and the latest academic research is huge” Thorsten Opper, curator

“If you look at the earliest portraits of Nero, you will just see a boy, not a monster,” Opper says. “I am not setting out here to rehabilitate Nero as a blameless man, but I have come to the conclusion that almost every single thing we think we know about him is wrong.”

Opper continues: “Nero is one Roman figure almost every schoolchild has heard of, but the gulf between what we all think we know and the latest academic research—and he has only really come under serious scrutiny in the last decades—is huge. We must try and get past stories based on lies and manipulation that have been accepted for almost 2,000 years.”

The exhibition will demonstrate that Nero ruled Rome well, filled the granaries, reformed taxes and the currency. When fire broke out in Rome in 64AD, he was more than 30 miles away in his seaside palace; he then threw himself into rebuilding the city. His most famous palace, the Domus Aurea, the golden house, was indeed vast and opulent, although archaeologists have alas found no evidence for the mile-long portico, the 120ft tall portrait of Nero, or the revolving dining room described by the Roman historian Suetonius. 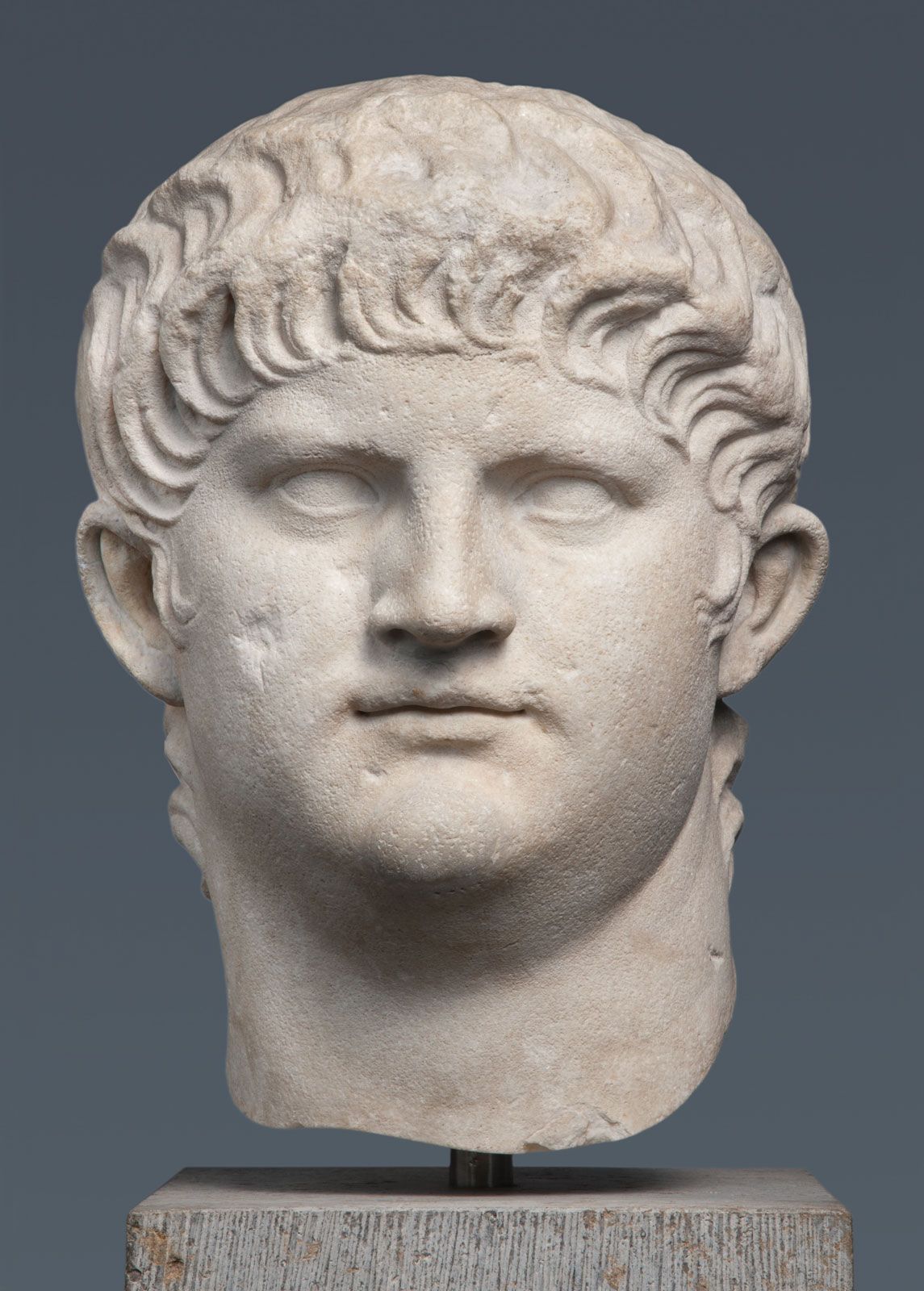 A marble sculpture of Nero, made towards the end of his short life Photo: Renate Kühling ; courtesy of State Collections of Antiquities and Glyptothek Munich

However, Opper says extravagance was expected. “There was a lot of money sloshing around Nero’s Rome. Most of the Domus Aurea seems to have been dining rooms: lavish entertainment would have been expected of him, including hosting the entire Senate. And if you are going to invite 600 people to a banquet once a week, you are going to need a big dining room.”

The exhibition will bring together major loans from across the Roman empire including beautiful sculptures and modest but revealing objects, such as a recently discovered lead ingot stamped with the emperor’s name from a British mine where Nero stepped up production using slave labour.

Suetonius, writing many years after Nero’s death by suicide in AD68, insists the emperor murdered anyone who insufficiently praised his singing, including his stepbrother Britannicus out of jealousy of his finer voice. Suetonius says Nero committed incest with his mother Agrippina and then murdered her. He raped a Vestal Virgin, travelled with a baggage train of 1,000 carriages pulled by mules with silver horseshoes, and sailed down the Tiber, its banks lined with pop-up brothels staffed by conscripted noblewomen. And worse, he cheated in chariot races, and, whimpering in terror, botched his own suicide. 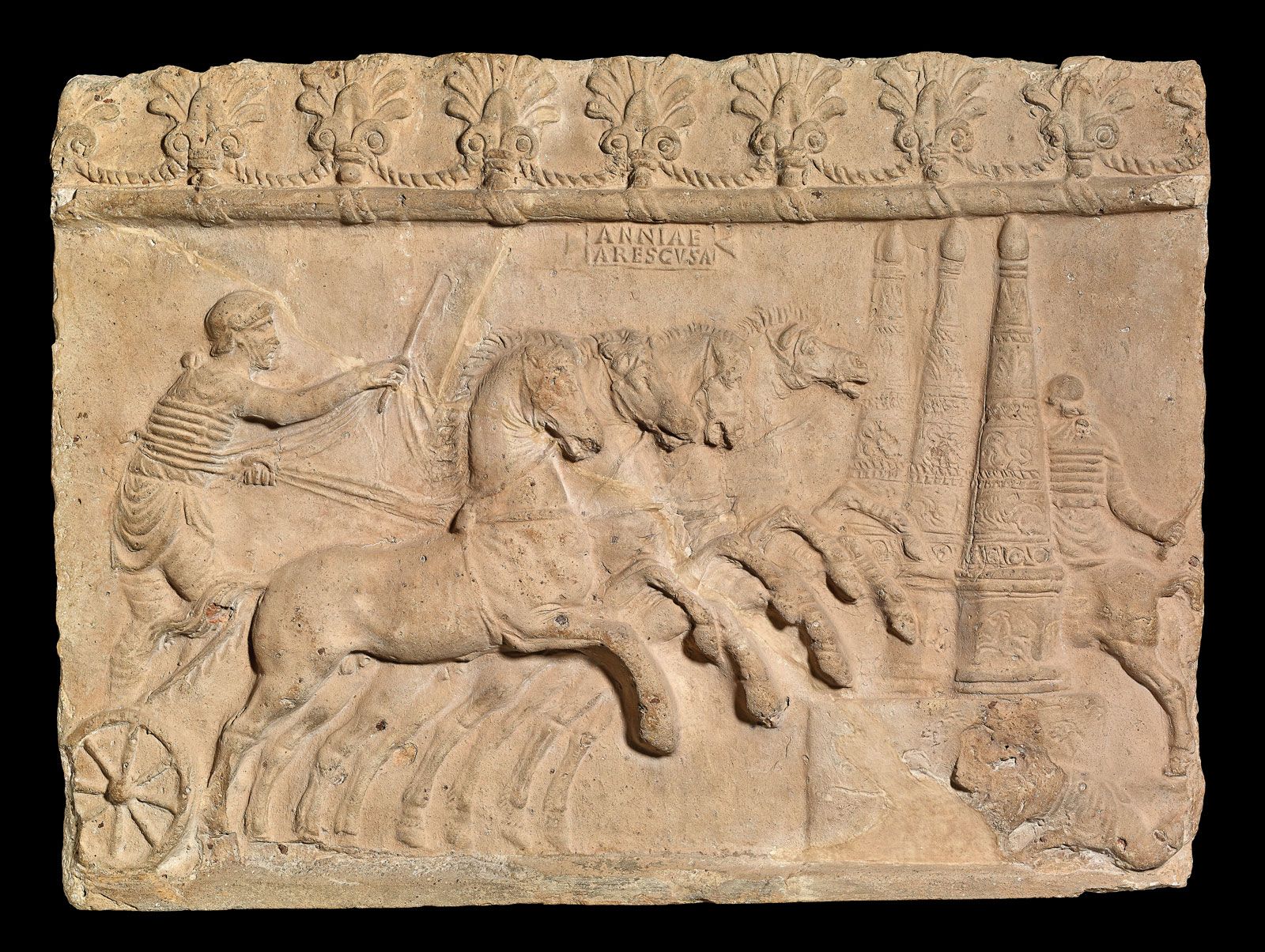 Opper thinks the malevolent stories about powerful Roman women are pure misogyny, but does think Nero may have murdered his mother or forced her suicide. The exhibition will include a telling succession of coins: they show the young Nero on the reverse of a coin of his mother; the two face to face; Agrippina in his shadow; and finally one in which she has entirely vanished.

In his foreword to the exhibition catalogue, the British Museum director Hartwig Fischer finds contemporary echoes in the demonisation of Nero. “In many ways this image of Nero is one that resonates with our times: a world with deepening social and economic challenges, in which fake news, contested facts, and the polarisation of opinion amid political machinations are commonplace.”

Even Suetonius allows that some sincerely mourned Nero and, in the ensuing chaos of civil war, four emperors came and went with bewildering speed. Opper, after a lockdown year in which he has reread all the ancient sources, admits the true story still eludes him. “The real Nero we will never know. But by unpicking all the myths around him we can see Neronic society more clearly, a very interesting time of social aspiration among freedmen and men from the provinces, but also of great tension and anxiety among the elite,” he says. “We can demolish some lies, and ask some questions.”

• Nero: the Man Behind the Myth, British Museum, London, 27 May-24 October