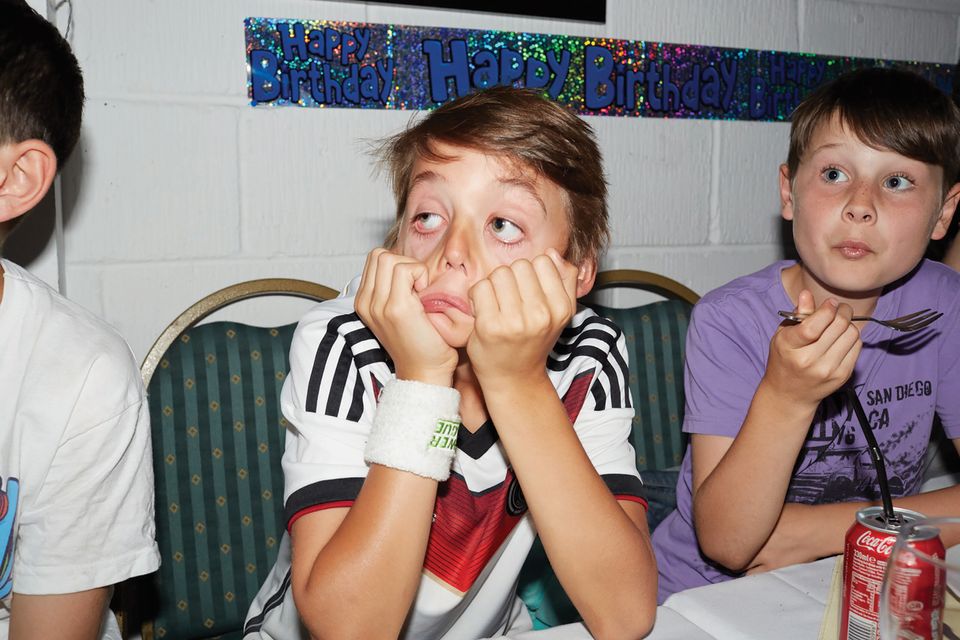 “I like football, playing it, watching it—and that’s what the show is all about,” says the German photographer and football fanatic Juergen Teller. Simple, in theory, like the game itself. But Teller’s exhibition at the Garage Museum of Contemporary Art in Moscow, titled Zittern auf dem Sofa (trembling on the sofa), will not be so straightforward. It opens a week before the 2018 World Cup kick-offs at the nearby Luzhniki Stadium, and the show’s main installation will be closely entwined with the success or failure of the German national team.

In what the museum’s chief curator Kate Fowle describes as “the best piece he has ever come up with”, Teller has set up seven screens—the potential number of games played by Germany should they make it to the final—that will relay footage of him watching the matches with family and friends, replete with the inevitable euphoria or anguish. If the team gets knocked out early, the remaining screens will be scrambled as though the tournament no longer exists. But if “they win [the World Cup], there will be a cacophony in there”, Fowle says.

Teller’s work mixes commercial and artistic photography. But beyond his celebrity fashion shoots, he is just another football fan, with all the irrational passion that comes with it. In the show spanning two decades of football-related work, the artist’s obsessiveness is encapsulated by stalker-like snaps taken of the then Bayern Munich manager, Pep Guardiola, who Teller became fixated with. “That’s why [Teller] calls [the series] My Man Crush.”

The exhibition coincides with the Garage Museum’s tenth anniversary. But festivities might have to take a back seat when the World Cup starts, as “there will be madness in Moscow”, Fowle says.

The show’s main sponsor is Uniqlo.