The German capital is awash with exhibitions, performances and events after a quieter edition last year 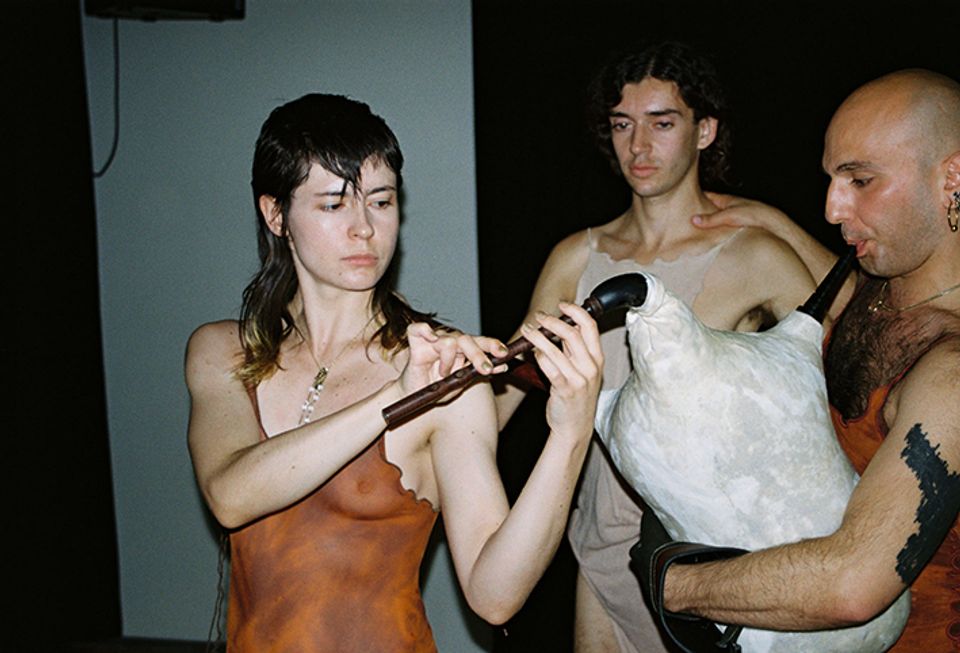 After last year’s outdoor, digital, and decentralised pandemic edition, Berlin Art Week is back with a vibrant array of live events this year—exhibitions, performance works, tours and artists’ talks.

Visitors are required to provide proof of vaccination or a negative test and numbers are limited, so it is wise—and in some cases, obligatory—to book online.

The 10th edition, which runs from September 15 to 19, celebrates its official opening at the Zeiss Grossplanetarium today. Here is a selection of Art Week highlights: 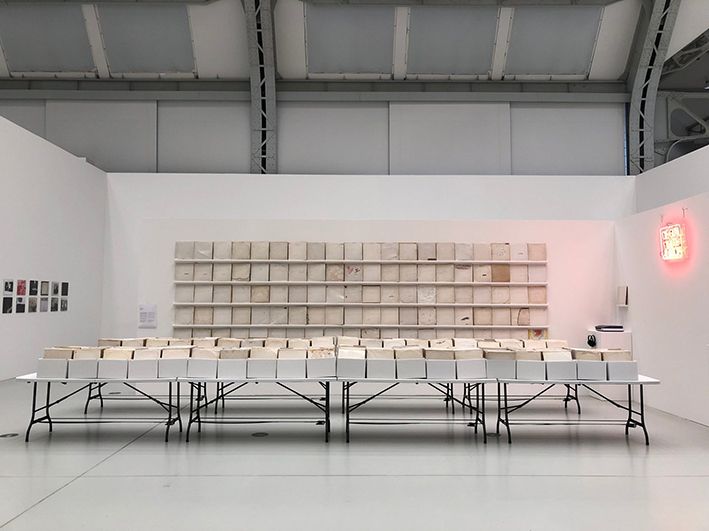 It would be hard to find an exhibition that makes a stronger case for seeing art live rather than virtually. Online, this show at the Akademie der Künste would look like—well, nothing. It explores the colour white and voids; the title is a word coined by John Cage to describe the visual equivalent of silence. The works in the first room of the exhibition are barely there: a just-discernable white-text-on-white-wall work by Maria Eichhorn, a polished square of white wall by Karin Sander and an Untitled White Monochrome painting by Yves Klein. One of the highlights of the show is Rutherford Chang’s installation We Buy White Albums, a record shop that stocks hundreds of copies of the Beatles’ The White Album and nothing else. A 2007 video installation by Julien Isaac, True North, explores a majestically bleak white Arctic landscape. 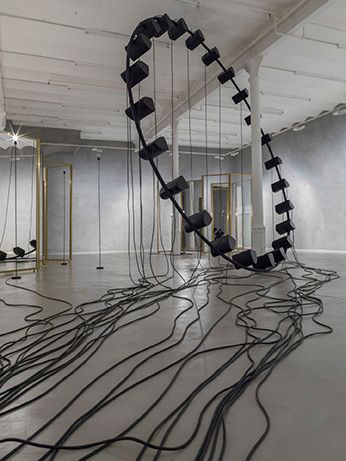 A recorded version of Alicja Kwade's heart beat will be played at the Berlinische Galerie. Installation view at the Blueproject Foundation Barcelona in 2018 Image: Courtesy of the artist

When Alicja Kwade is not at the Berlinische Galerie, her heart will be beating through 24 speakers on a large circular frame in a spacious gallery there, transmitted live from a watch on her pulse. When she is there, a recorded heartbeat is playing—the live one, she said at a press preview, would be “too embarrassing.” Kwade has covered the walls of the space with a printout of her DNA code; elements individual to her appear in bold. Copper filing cabinets contain the thousands of pages that could not fit on the walls, and the chemical elements that make up human beings are displayed in framed arrangements of capsules on the walls. In Absence is a self-portrait, of sorts. 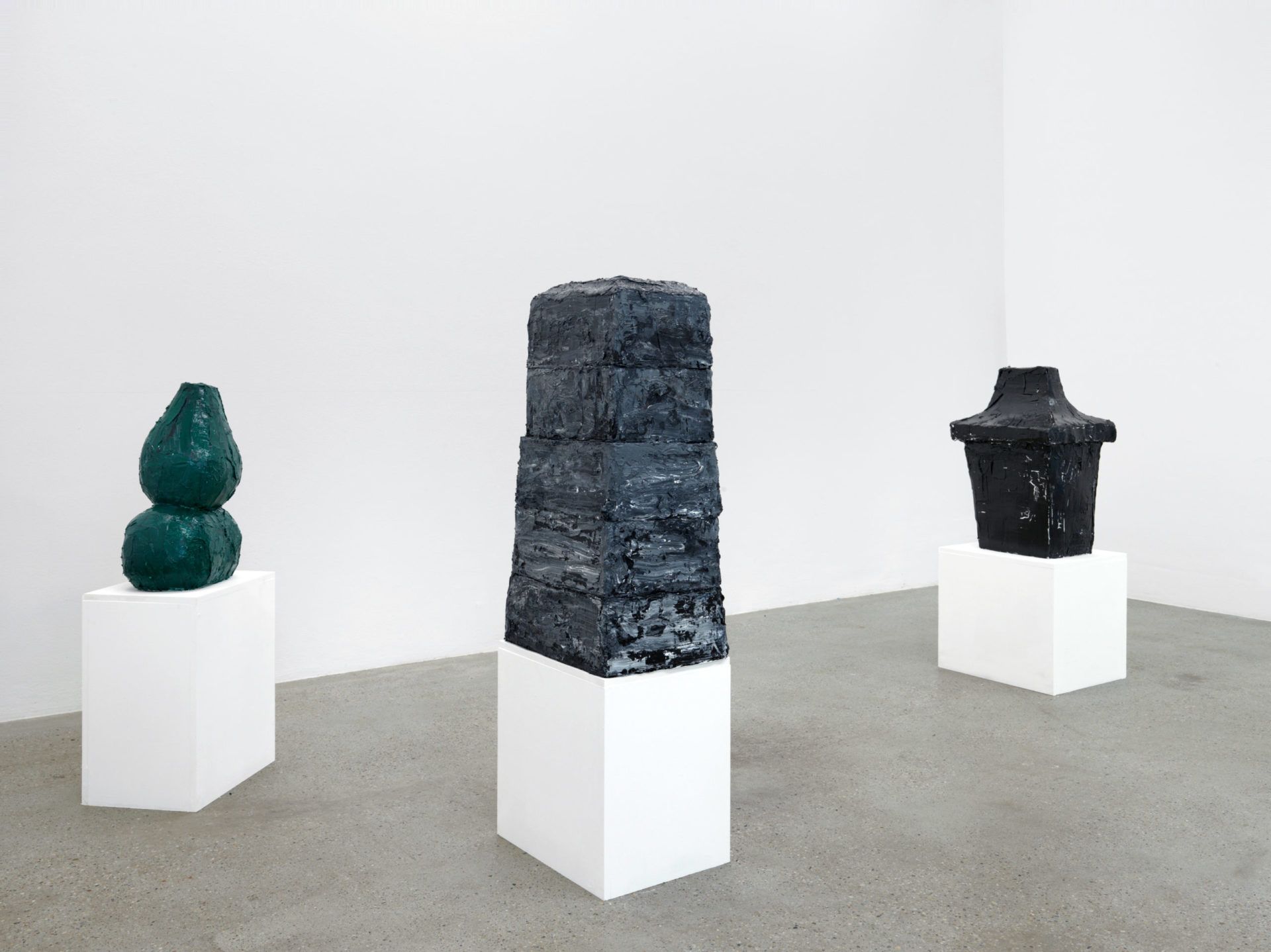 Clemens-Krauss's oil paint sculptures from the series Protagonists (2020) are on show at Haus am Lützowplatz Photo: B. Borchardt, courtesy of Galerie Crone, Berlin, Wien

Clemens Krauss has taken a logical next step from creating paintings that are more like sculptures in terms of the density of the paint on the canvas, and is now making sculptures out of oil paint. Also on show at the Haus am Lützowplatz is his disturbingly realistic and vulnerable 2017 work Self portrait as Child. Krauss, who studied medicine and trained as a psychoanalyst, is also holding meetings with visitors to the exhibition, bookable online. 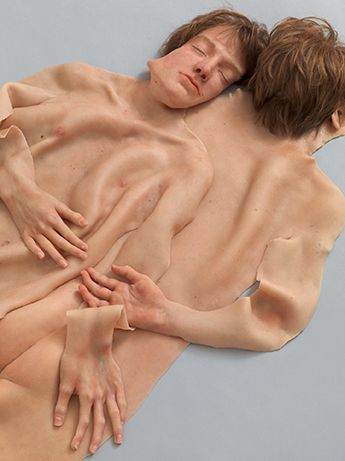 Clemens Krauss's Self-portrait as Child (2017) will also be on show at Haus am Lützowplatz Image: courtesy of Galerie Crone, Berlin, Wien. Photo: B. Borchardt 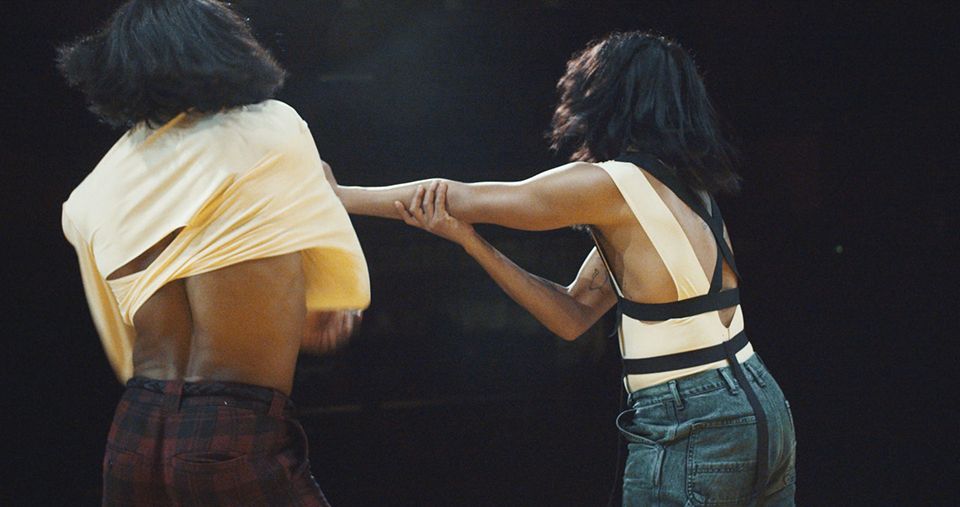 Ligia Lewis’s experimental choreographed performance work, addressing racial exclusion with both humour and violence, is indebted to both Buster Keaton and a medieval lament that provides the soundtrack to the show. It is one of two Art Week performance works on show at the Hebbel am Ufer theatre: the other, Caner Teker’s Karadeniz, has already sold out. This programme at the Zeiss Grossplanetarium explores the potential of planetariums as the galleries of the future with works by Agnieszka Polska and Emeka Ogboh, and the premiere of Perspicus, a three-part composition by Florence To, Bendik Giske and Bridget Ferril.

Galleries across Berlin are also joining forces in a new series organised by Gallery Weekend, called Discoveries. For many of the artists featured, it will be the first time their work has been shown in an art gallery.

For the complete programme of Berlin Art Week, go to berlinartweek.de