Part of Maxwell Williams' Take it to the Max 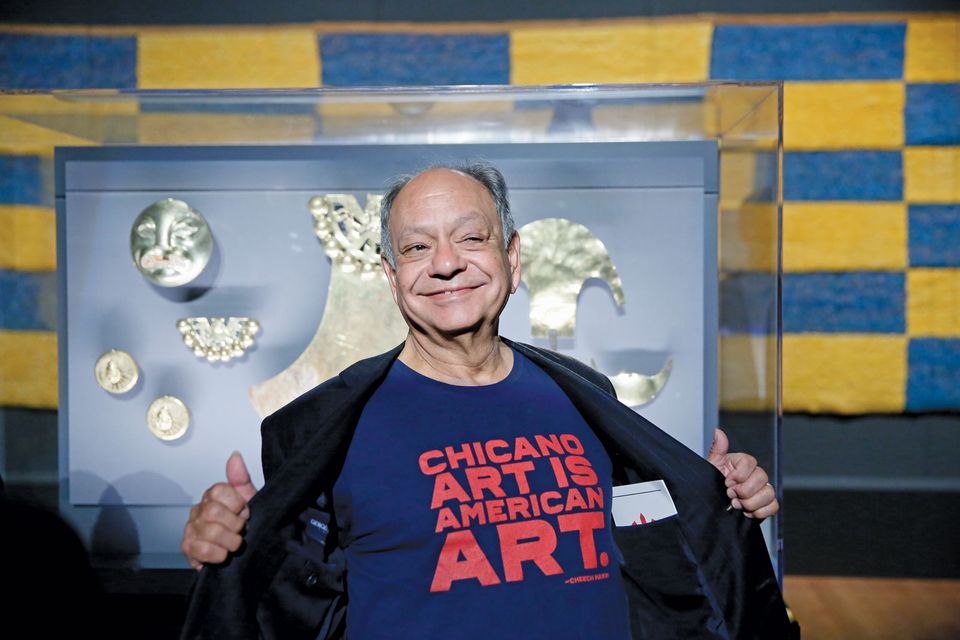 The Getty-backed citywide initiative Pacific Standard Time LA/LA put a spotlight on Latinx and Latin American art, but that was a temporary solution to raise the profiles of the community’s underserved artists. That’s where Cheech Marin comes in. While he might be best known as half of the stoner comedy duo Cheech & Chong, the cherubic entertainer revealed during a packed talk at the LA Art Show that he has a background in art that stretches back to his youngest days. The story goes that his brother assigned the Marin siblings a topic of interest to study and Cheech got art history. Marin later became a leading collector of Chicano art, and he initially wanted to be the “Chicano Johnny Appleseed”, endowing his collection to a number of museums. But then Riverside, a city about an hour’s drive east from Los Angeles with a demographic of 52% Latinx residents, offered him a former library building. With the help of the architect Kulapat Yantrasast, this will be turned into the Cheech Marin Center for Chicano Art, Culture, and Industry of the Riverside Art Museum—appreciatively nicknamed “The Cheech”—a 61,420-foot space (the emphasis on 420 was all Marin’s) due to open in 2020. “Our first agenda is to redefine what Chicano is today,” Marin said of the misunderstood term. “We want to argue that we do exist, and where we exist in the hierarchy of the art world, because in the past we were relegated to agitprop and folk art.”