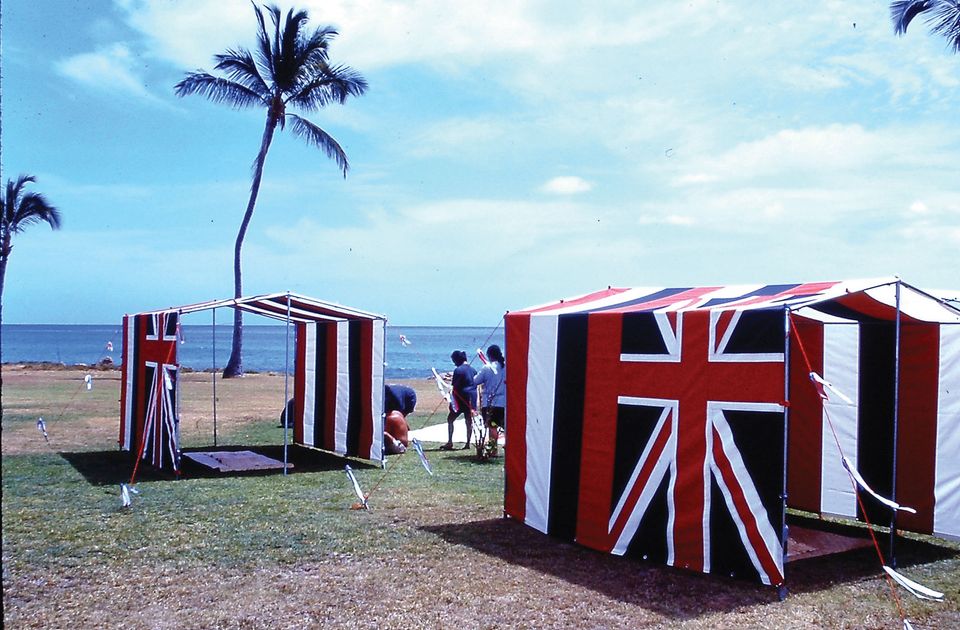 The second edition of the Honolulu Biennial takes a proudly Pacific-centred view, bringing together 47 artists who have a connection to the region. The work of indigenous artists is given a particular platform, with the exhibition’s theme To Make Wrong/Right/Now drawn from the poem Manifesto by the Native Hawaiian artist, writer and participant Imaikalani Kalahele. The line “can be read as a critical intervention into the biennial and prevailing modes of the global art market”, says the show’s co-curator Nina Tonga, from the Museum of New Zealand Te Papa Tongarewa. “It can also be understood as a call for action, encouraging revisionist and corrective gestures.”

The biennial is centred in The Hub, a repurposed former athletics store, but works are installed at ten venues across the city. Among them are a series of tent structures built using the state flag by the Hawaiian artist Bernice Akamine, called Ku’u One Hanau (1999-2019), that reference the issue of homelessness on the islands.

Akamine has also created a new sculptural installation based on the taro plant, a staple food for native Hawaiians that is considered sacred. Paper leaves on the sculptures are made from reproductions of Queen Liliuokalani’s petition against Hawaii’s illegal overthrow by the US. “Akamine shared that it was her dream to have her 87-piece sculptural work Kalo follow the journey that Queen Liliuokalani took in 1897 to advocate for her people,” says Katherine Ann Leilani Tuider, the biennial’s co-founder and director. The biennial foundation helped make that a reality with pop-up displays at Kadist in San Francisco and Goodbuddy Gallery in Washington, DC last year. The work’s final destination in Hawaii is the former royal palace Ali‘iolani Hale, where the formal declaration was read abolishing the Hawaiian monarchy and setting up a provisional government run by white American politicians—reclaiming the site through art.