Museum of Contemporary art exhibition goes beyond the anti-Minimalist tagline 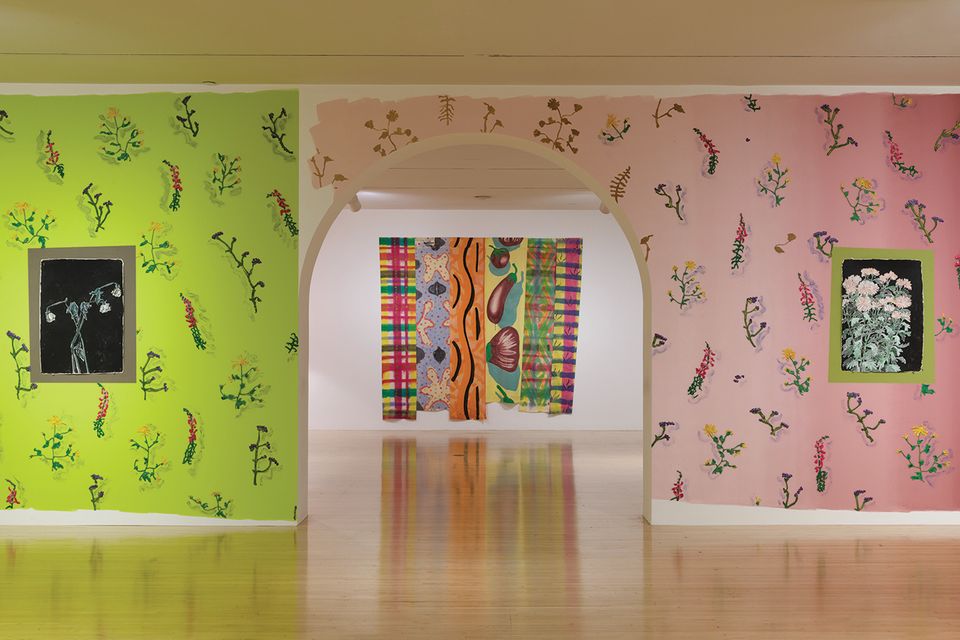 The Pattern and Decoration movement burgeoned in mid-1970s New York Photo: Jeff Mclane; courtesy of The Museum of Contemporary Art

With their floral patterns, curlicues, plaids, feathers, glitter and undulating lines, the 97 works in a dizzying exhibition at the Museum of Contemporary Art (MOCA) read like an emphatic rejection of the Minimalist credo that less is more.

But the creations in With Pleasure: Pattern and Decoration in American Art 1972-1985 are not simply an act of negation or rebellion against the pared-down aesthetic that ruled the art world half a century ago. “It’s more than anti-Minimalist,” says Anna Katz, the curator who organised the show. “It’s affirmative, inclusive and expansive in its embrace of a visual overload.”

The movement known as Pattern and Decoration was born around 1975, she says, when four New York artists who had been tinkering with ever bolder ornamentation and craft-like elements in their studios gathered in a Tribeca loft to discuss the ideas they had in common. The group soon mushroomed, with artists organising “pattern meetings” and similar practices taking hold in California. 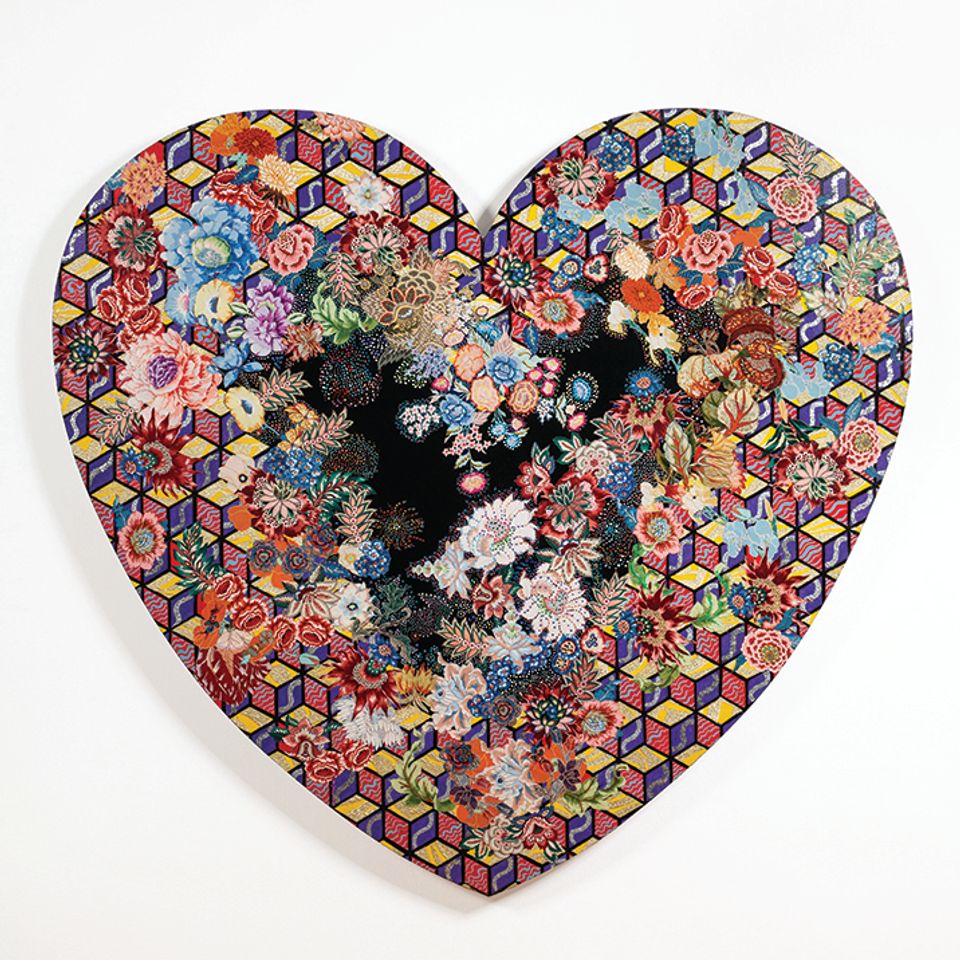 These artists were taking stock of how decoration, ornament and craft were devalued in the art world and associated negatively with femininity or domesticity. “They wanted to overturn those hierarchies,” Katz says, “and show the arbitrariness of a system of valuation that places, say, paintings above quilting.”

In many ways the movement was spurred by feminist artists like Miriam Schapiro, who abandoned hard-edged geometric Minimalism in the early 1970s and became radicalised, founding a feminist art programne at the California Institute of the Arts with Judy Chicago that culminated in their installation and performance space Womanhouse. MOCA’s exhibition includes the only extant object from that 1972 space, Schapiro’s Dollhouse. She is represented by other works as well, among them her 12ft wide Barcelona Fan (1979), which includes the kind of floral fabric strips that women repurpose as quilts. (Strikingly, a majority of the 49 artists in the show are women.)

Joyce Kozloff, a crucial figure in the Pattern and Decoration movement known for rethinking the bias against the decorative, has 11 works in the exhibition, including Striped Cathedral (1977), inspired by the Romanesque-Gothic cathedral at Orvieto but embellished with Islamic decorative motifs.

Many of the works also borrow heavily from patterns from non-Western cultures, from African fabrics in Howardena Pindell’s Carnival at Ostende (1977) to Tibetan thangkas in Faith Ringgold’s Windows of the Wedding series of paintings (1974). “They’re taking their inspiration particularly from cultures in which there is no hierarchy of art and craft,” Katz notes.

The borrowings suggest a “vexing” side to the Pattern and Decoration movement, however, the curator adds. “We can see more clearly now than artists could at the time the ways in which their appropriations of non-Western art often reflected systemic power imbalances geopolitically.”

• With Pleasure: Pattern and Decoration in American Art 1972-1985, Museum of Contemporary Art, until 18 May