To evoke a watershed moment in society, Jorge Otero-Pailos has filled an abandoned natatorium with sounds recorded from bodies of water in New York State 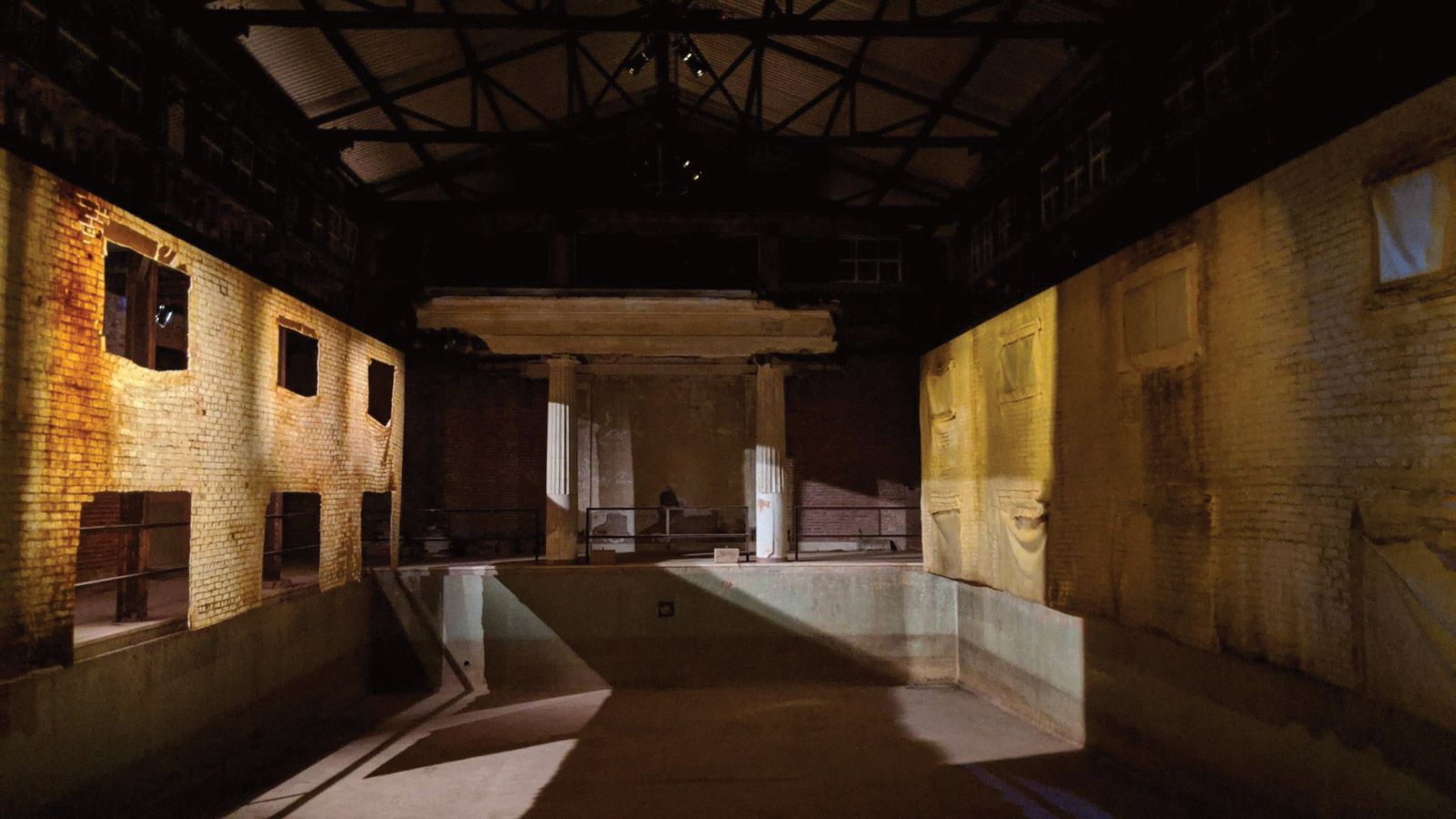 Liquid latex was applied to the building’s walls to make translucent casts and then suspended them next to the empty swimming pool to create eerie shadows Photo: Emma Gencarelli; courtesy of the National Trust For Historic Preservation/Lyndhurst

Built in 1913 to resemble a Roman bath, the cavernous natatorium at the renowned Lyndhurst estate in the Hudson Valley lies in ruin. Abandoned during the Second World War when coal was unavailable to heat its boilers, the building inexorably gave way to the elements: water leaked in through the glass roof, causing it to collapse, and gradually permeated the brick walls. Today, the pool stands empty, emitting a mood of desolation while still eerily evoking the late Gilded Age elite who once romped in its waters. 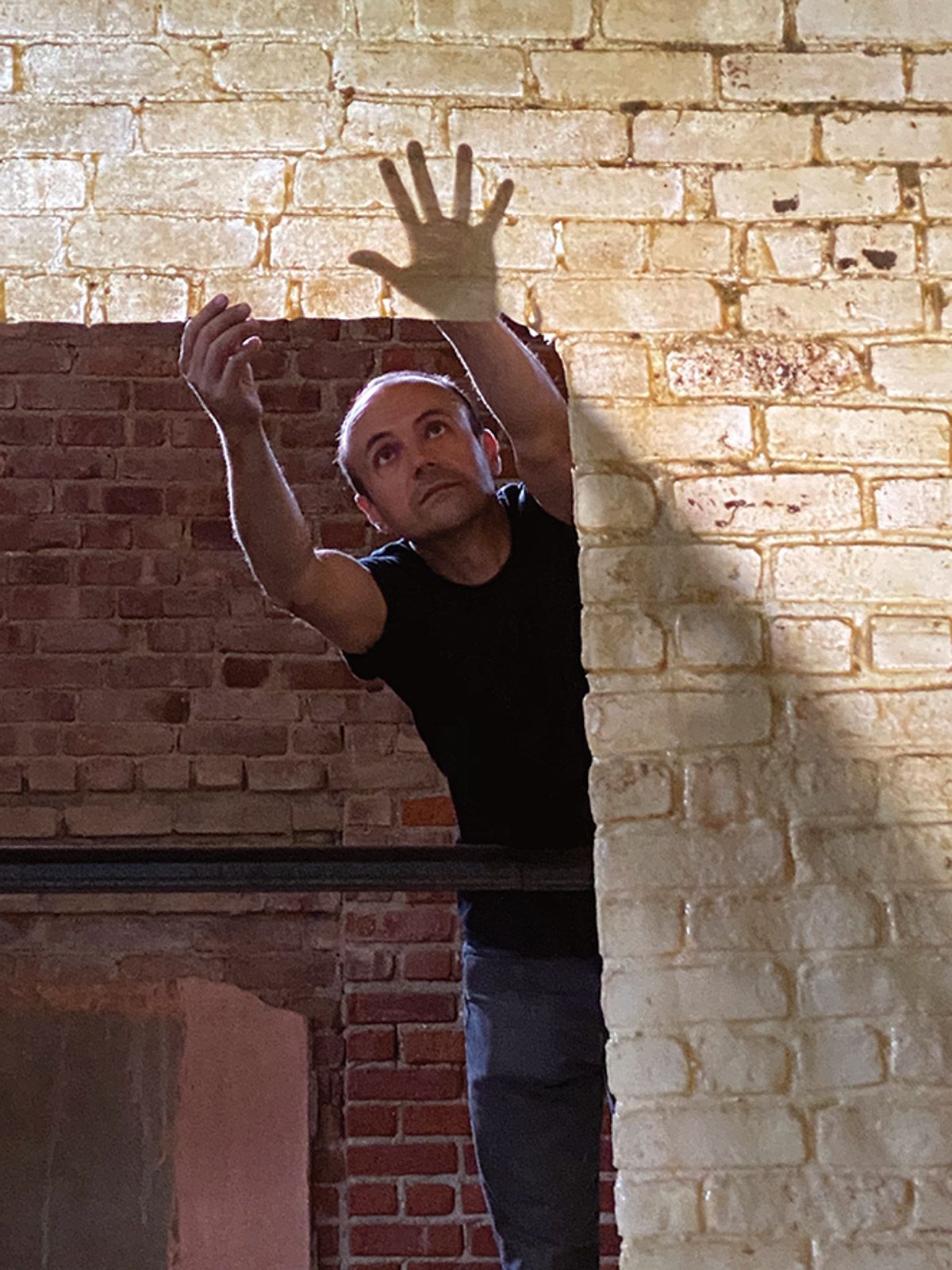 For the New York-based artist Jorge Otero-Pailos, the ruin presented an intoxicating opportunity to reflect on transitions as well as society’s current fractious mood. Responding to the building, he has created a site-specific installation called Watershed Moment, which opens to the public on 18 September. Visitors will be invited to enter the 4,200 sq. ft pool room alone or in groups of up to four to absorb the atmosphere amid a stream of water sounds that the artist recorded at Niagara Falls, the Finger Lakes, the Croton Aqueduct and other bodies of water in New York State.

Just as water made the natatorium a joy to experience, and then subsequently … destroyed the building, we are experiencing a shift in our culture that is both a source of creation and destruction Jorge Otero-Pailos, artist

Amid Black Lives Matter protests and the Covid-19 pandemic, “we’re all going through a major cultural transition right now”, says Otero-Pailos, who is also a professor and director of historic preservation at Columbia University’s Graduate School of Architecture, Planning and Preservation in New York. “Just as water made the natatorium a joy to experience, and then subsequently, first slowly and quietly, then suddenly and forcefully, destroyed the building, we are experiencing a shift in our culture that is both a source of creation and destruction. We are living through a watershed moment, a moment of cultural transition, whereby we are going through some deep soul-searching.”

“With this installation, I want to give people the opportunity to experience the moment poetically, not only politically,” he says. “I want them to inhabit the metaphor, to be in the watershed and in the moment.” 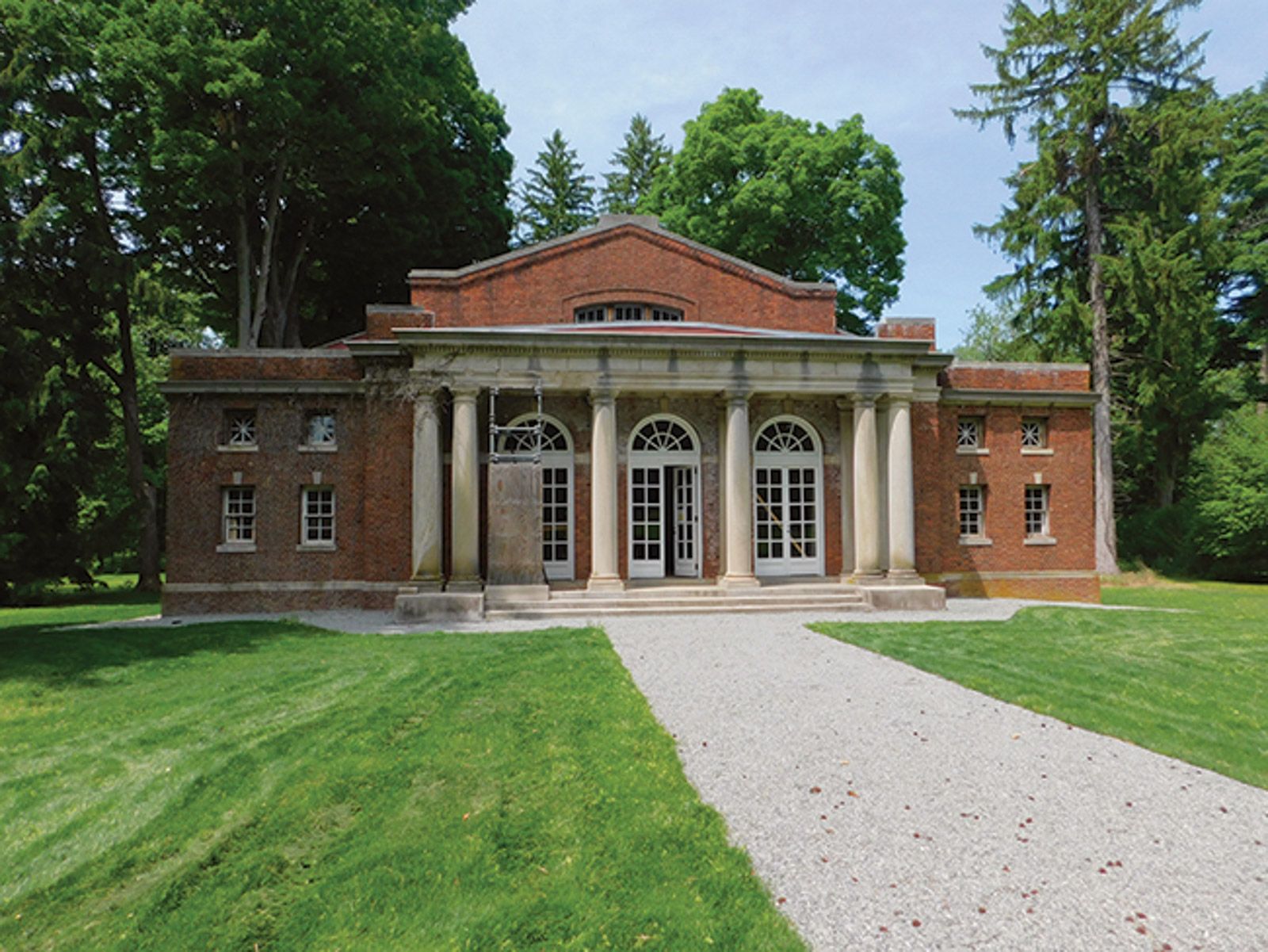 The National Trust for Historic Preservation, which has overseen the property and its 1838 Gothic Revival mansion since 1965, added a corrugated roof to the pool building in 1985. Recently it has spent $300,000 on securing the envelope of the building from the elements and upgrading electrical and fire systems to bring them up to code, while also adding a ramp for accessibility purposes. Otero-Pailos says he worked with the trust to ensure that the interventions were as minimal as possible, preserving the ruin’s character.

The artist, who is known for making monumental casts of historic buildings such as Westminster Hall in London, part of the UK Parliament, as well as delving into their redolent odours, turned to an experimental preservation cleaning technique he has used in the past: applying absorbent liquid latex to the building’s walls and then peeling it after it dried, with a fabric backing. What has resulted are two 69ft by 13ft off-white translucent casts embedded with residue from the crumbling brick walls, including dust and dirt, that now flank the pool with light streaming through them.

“As people walk around the installation, they will experience the casts and the decay the water has produced, and the sounds of water echoing off those walls but also the absence of that water,” the artist says. “There’s the present, and the echo of the past. Memories will be conjured up of what each of us brings to the experience of water.”

“The casts make visible a physical process of transformation in the building—they make it possible for people to begin to think of the building’s history,” Otero-Pailos continues. “The history that is typically told is of commissions by wealthy individuals, histories of social refinement and so on. My interest is in culture and society when I cast the dust of buildings.”

Watershed Moment is the first contemporary art commission at Lyndhurst, a majestic estate on the banks of the Hudson River whose 19th- century mansion is considered a seminal example of Victorian-era architecture and was variously occupied by the former New York City mayor William Paulding, the businessman George Merritt and the railroad tycoon Jay Gould.

Admission to the natatorium will be free and the installation will remain on view until summer 2021.

about 5 hours ago
Lockdown easing: the best gallery shows to see in London right now

about 16 hours ago
An expert’s guide to David Hockney: five must-read books on the British artist