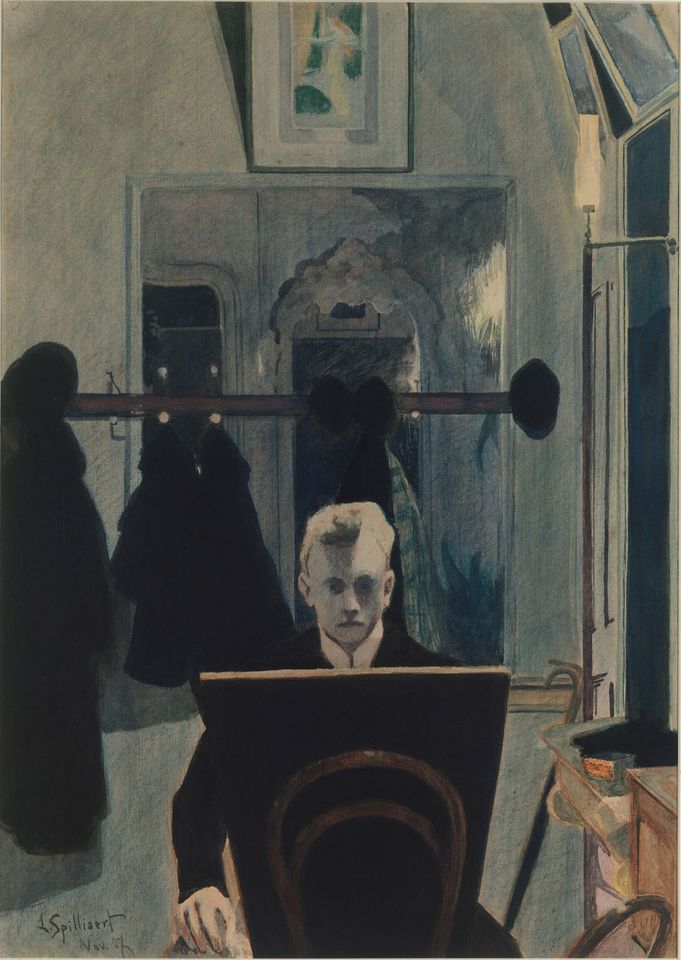 Léon Spilliaert (1881-1946) would often take late night walks through the streets of his native Ostend, a city on the Belgian coast that for a period at the turn of the 19th century was the playground of the rich popularised by King Leopold II. Spilliaert would take these night walks to fight the insomnia he suffered as a result of lifelong stomach complaint, taking in the quiet night streets. This week, visitors to the Royal Academy of Arts in London will get a chance to experience Spilliaert’s brooding, dark works, painted by a man whose eyes have become accustomed to nuances of night light.

This is the first major exhibition of Spilliaert’s work in the UK, who despite living a stone’s throw across the North Sea, is little known here. “He has always been a fringe artist shown alongside Symbolists,” says the exhibition’s co-curator Adrian Locke. “But really, his work is unlike anybody else’s so has escaped easy categorisation, and as a consequence his work has never been celebrated as widely as others.” But that has now changed in his native Belgium, “increasing his exposure”, Locke says. Another consideration is that “as much of the work is on paper it is not regularly shown."

The exhibition brings together around 80 works, mostly from a collection in Belgium but also France and the US. “There are no major public holdings of his work in the UK,” Locks says. The exhibition came about “as a direct response to working with Luc Tuymans on the James Ensor exhibition,” Locke says. Tuymans curated the 2016 Ensor exhibition at the Royal Academy and advocated for a show “on fellow Ostend artist Spilliaert.” 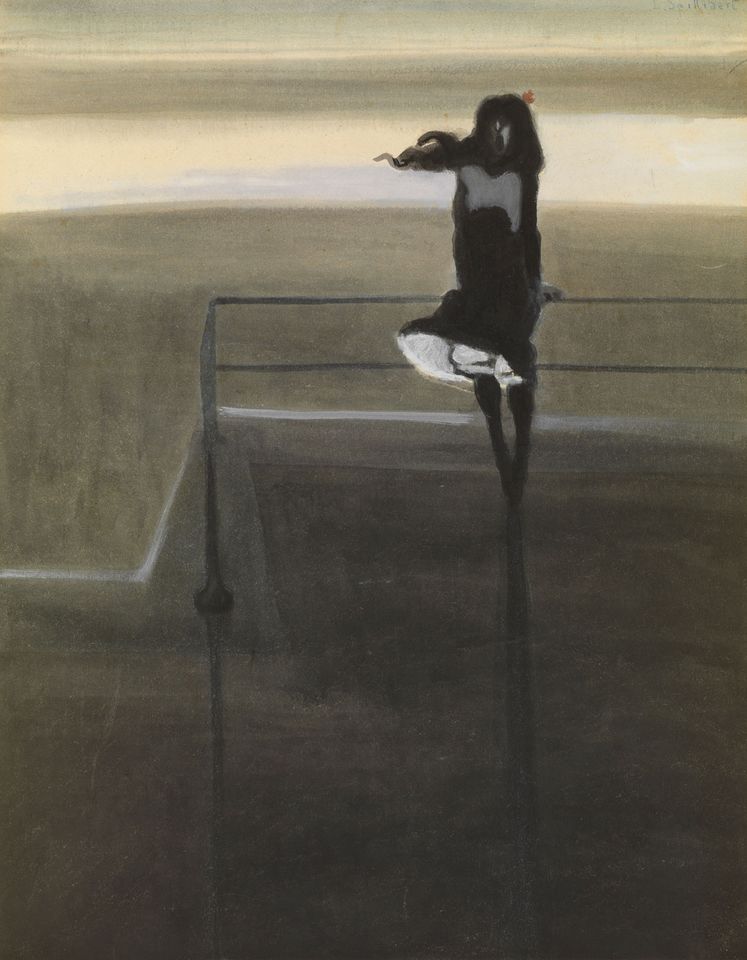 In the catalogue, Tuymans compares the two: “While Ensor’s work is full of light and vibrancy to the point of exhaustion, Spilliaert’s is subdued and understated”. They were contemporaries, although Ensor was a couple of decades older and better-known (he was honoured during his lifetime with a statue in the city). They knew each other and Spilliaert admired Ensor, but it was a somewhat strained relationship with Ensor once writing: “No sooner do I open my door than his delicate silhouette appears.”

They were almost opposites in their work: whereas Ensor worked primarily with oil on canvas, using pinks, yellows and baby blues, Spilliaert worked predominantly on paper or cardboard, in a combination of watercolour, gouache, coloured pencils, pastels, chalk and Indian ink, and a muted palette. Colour does creep into his paintings sometimes, Prussian blue or burnt umber, but when it does it seems otherworldly, like tinted photographs of a different era. His works appears to channel an existential angst, in the vein of Edward Munch—see the screaming mouth in A Gust of Wind (1904)—and sometimes even Giorgio De Chiro’s Metaphysical landscapes but in Spilliaert’s case they are bathed in a dull northern light rather than the Italian’s searing sun.

Ostend figures prominently in his work, almost as a character in itself. The nocturnal world of this coastal city, which at the time of his birth saw a boom of upper-class tourism after King Leopold II made it his summer residency, building a promenade along the city's vast sandy beach. Spilliaert’s parents owned a perfume shop, which catered for the king, and the young artist would help his father by designing labels for the homemade concoctions. His works captures the often-overcast, windy city, with flat grey sea—that has something of the English seaside town about it—through the tones of grey and the wafts of hair and blown petticoats. Works such as Dike at night. Reflected lights (1908) with its wet paving reflecting the lamps in the night, and the misty empty streets of Hofstraat, Ostend (1908) are typical and capture the solitary nature of his existence.

Spilliaert dropped out of the academy and was largely self-taught, a voracious reader who was string influenced by the philosophy of Friedrich Nietzsche. Like the philosopher, he was a keen walker, solitary and with purpose, observing, and not merely wandering. The dark rings around his eyes in his many self-portraits perhaps reveal a man possessed by existential angst, or possibly the worries of an insomniac. The exhibition at the Royal Academy will hopefully awaken a new audience to the work of this strange and beguiling Belgian.