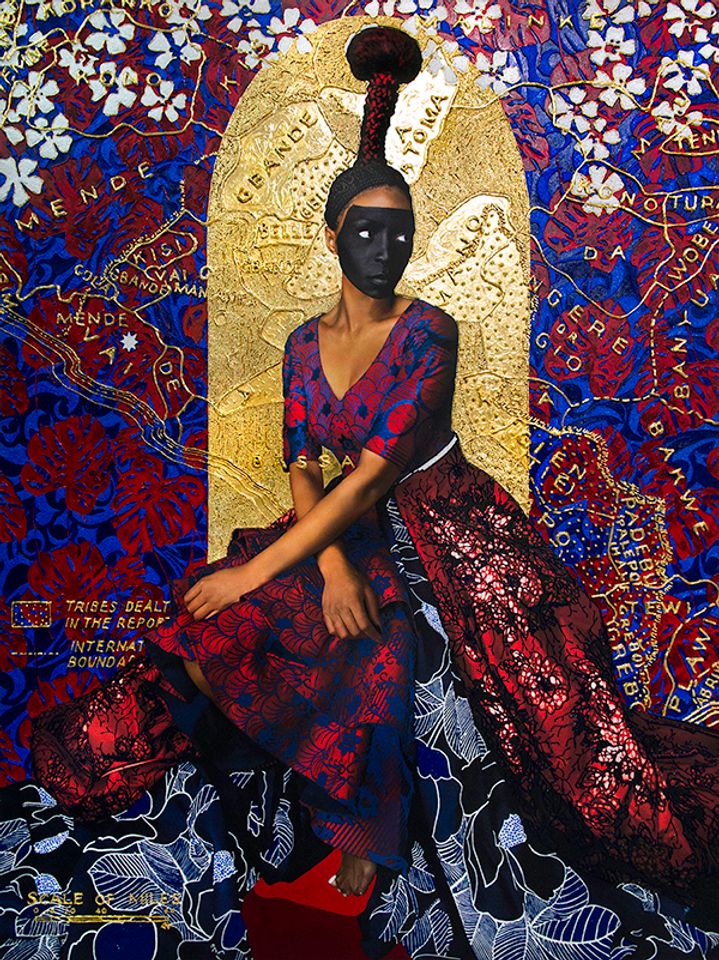 Lina Iris Viktor, Eleventh (2018), what the artist calls the "mother work" in her new series for her New Orleans exhibition Courtesy of the artist and Mariane Ibrahim Gallery

As cultural institutions in New Orleans mark the city’s tricentennial with exhibitions that both celebrate and grapple with its complex history, Lina Iris Viktor: A Haven. A Hell. A Dream Deferred (until 6 January 2019) at the New Orleans Museum of Art mines the underexplored connections between the city and Liberia. “The narrative is buried a lot, even though it’s part of American history,” says the British-Liberian contemporary artist Viktor, who made 11 new works specifically for this show, her first solo museum exhibition.

The New Orleans museum was looking for “a contemporary art exhibition that might make an interesting complement” to a show due to open later this month (26 October-27 January 2019) that reunites Old Master works from the collection of the city’s namesake, the Duke of Orléans, says the curator Allison Young. Those works are often based on “earlier mythological or religious subjects that are being repurposed in a later moment,” Young says “and I think Lina’s work also demonstrates in many ways how images are continuously retransformed and retranslated for different contexts and different purposes”.

Viktor’s pieces, in rich, saturated blues, reds, gold and black, mix influences including European portraiture, figures from classical mythology such as the Libyan sibyl—who appears in Renaissance art as well as American abolitionist art, and is modelled by the artist herself—West African textiles and Aboriginal dream paintings.

Ten of the numerically-titled pieces are Viktor’s largest ever works on paper (52 by 40 inches), but are made with the same dense, layered technique she uses on canvas—involving resin, printing, acrylic paints, gouache and 24-karat gold—so she could not view them upright until they were framed. (Eleventh, the “mother work”, is on a 65 by 50-inch canvas.) “I’m always trying to test the limits of what I think is possible,” the artist says. 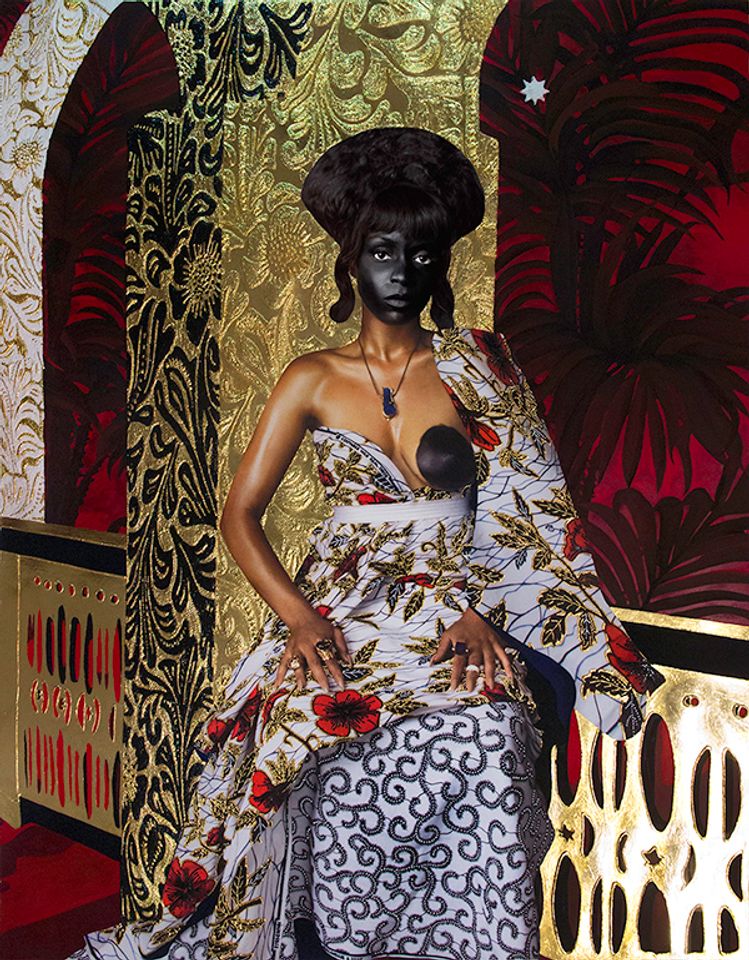 These new pieces are more narrative-driven than the majority of her work, Viktor says, and are based on archival research into the main link between New Orleans and Liberia: the local historical figure John McDonogh, a slave owner and philanthropist whose controversial legacy has been frequently revisited throughout the tricentenary year.

McDonogh was a member of the American Colonization Society (ACS), founded in 1816 by white Americans including both abolitionists and slave owners, to settle free-born and formerly enslaved African Americans in a part of West Africa that would become Liberia in 1847. The ACS’s project “was couched in this sort of altruistic, we want to give you back your autonomy, let you govern yourself” but was “a last-ditch effort to quell what could have been a very serious uprising in the US, because of the fact that there were so many free-born [African Americans] and freed and educated former slaves in the US”, Viktor says.

McDonogh granted his slaves their independence after 15 years of extra labour—with the stipulation that they had to emigrate to Liberia. Viktor and the show’s curator Young went through letters that some of these settlers sent back to McDonogh from Liberia, a “surreal” experience, the artist says. Some of the works in the series use script from a letter to McDonogh from Elijah Gibson.

That the former slaves addressed McDonogh as father—which Viktor thinks was factual, not a term of affection—stood out to the artist. “They were writing with a sense of admiration and adoration which I found surprising… it opens up a whole Pandora’s box of questions. Is it possible for a slave to love their former owner?”

Viktor thinks the story is important as a look at colonialism—“which we can think is a thing of the past, but it’s not”. She surmises that the history of Liberia is so poorly known in the US, despite being a part of its own history, “because there’s no easy way to dissect and come to a happy—or at least community-accepted—idea as to what happened”. It is a complex story, since it does not fit neatly within typical narratives of race and colonialism.

“For me, it was less about a conversation about race. This is about what happens when the oppressed becomes the oppressor,” Viktor says. “And the pathology of taking over and conquering—this idea that you can create a tabula rasa, even though you have no ties to a place and think that there will be no repercussions. They’re very big questions. I don’t think it’s only important for that particular period of time. I think it’s important for where we are currently.”

This new series, “just like all my work, is really to make people want to know more”, Viktor says. “If you like it on an aesthetic level, great. But if it stirs people to [ask] ‘Well, what is this nation? Why is it so important for Americans to know about this place?’ and unearth this whole other history that is lost in time—that will be the greatest success of the show.”