Eerie wooden cabins, rural quiltmakers and dismembered, tentacular dolls are among our highlights from the city's commercial exhibitions

At long last, today London’s commercial galleries can reopen to the public (we’ve been here before but let’s hope it goes better this time). Arm yourself with coffee, masks and sensible shoes, and take in our pick of shows that all launch this week, some of them having languished unseen for months. It’s boring but remember to book in advance (see gallery websites for details). 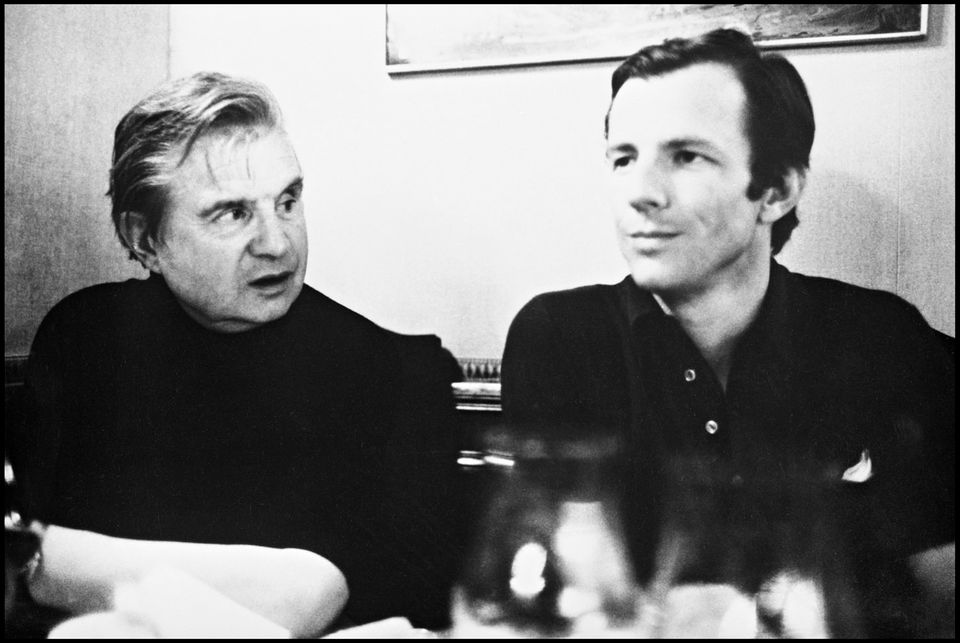 Francis Bacon and Peter Beard photographed in the 1970s. Courtesy of The Estate of Peter Beard

This exhibition focuses on the relatively little-known friendship between Francis Bacon and the late wildlife photographer Peter Beard. Organised in collaboration with Beard’s estate, it’s an intimate show and includes letters and photographs (among them self-portraits and aerial photographs of dead elephant carcasses) that he sent to Bacon, who would use them to paint from and discard on the “compost”, as Beard called it, of his studio floor. The pair were passionate about the plight of elephants and also included here are Beard’s “Dead Elephant Interviews” from when he interviewed Bacon in 1972. (book via the gallery website) A.B. Whiteread has been busy producing new works for this show—but instead of her usual casting of negative space, for the first time she has actually built the works from the inside out. Gagosian’s Grosvenor Hill gallery will be dominated by two cabin-like structures, made of found wood and metal and painted white, titled Poltergeist (2020) and Döppelganger (2020–21). Whiteread’s sculptures are normally firmly sealed, but these are open, gappy, and there’s an eerie, discomforting feel of having walked into the aftermath of some catastrophic event. (book via the gallery website) A.B. Lisson Gallery, An Infinity of Traces (until 29 May)

This exhibition includes works by 11 Black non-binary and women artists—including Ufuoma Essi, Rhea Storr and Ayo Akingbade—that reflect on the complex question of Black identity in the UK. Through a variety of mediums from sculpture and installation to video, it aims to provide new insights into the loaded issue of Britain’s imperial past, examining a myriad of issues from queer sexuality to marginalised histories. Running alongside is an exhibition of the British artist John Akomfrah, The Unintended Beauty of Disaster (until 29 May), which includes a new three-screen video installation alongside a series of new photo-text works. (book via the gallery website) G.H.

Sue Williamson and Siyah Ndawela Mgoduka, That particular morning (2019) Courtesy of Goodman gallery and the artist

This is the 80-year-old British South African artist Sue Williamson’s first UK solo show and includes works from the 1990s to today. Williamson has spent the past 40 years documenting Apartheid and freedom in South Africa, challenging the apartheid government. The exhibition covers various aspects of Williamson’s practice, but a focal point are her Truth Games series from 1998, which bring together courtroom photographs of accusers and defenders from several cases brought before South Africa’s Truth and Reconciliation Commission (TRC). Also on show are video and mixed media works including signs. (book via the gallery website) A.S. 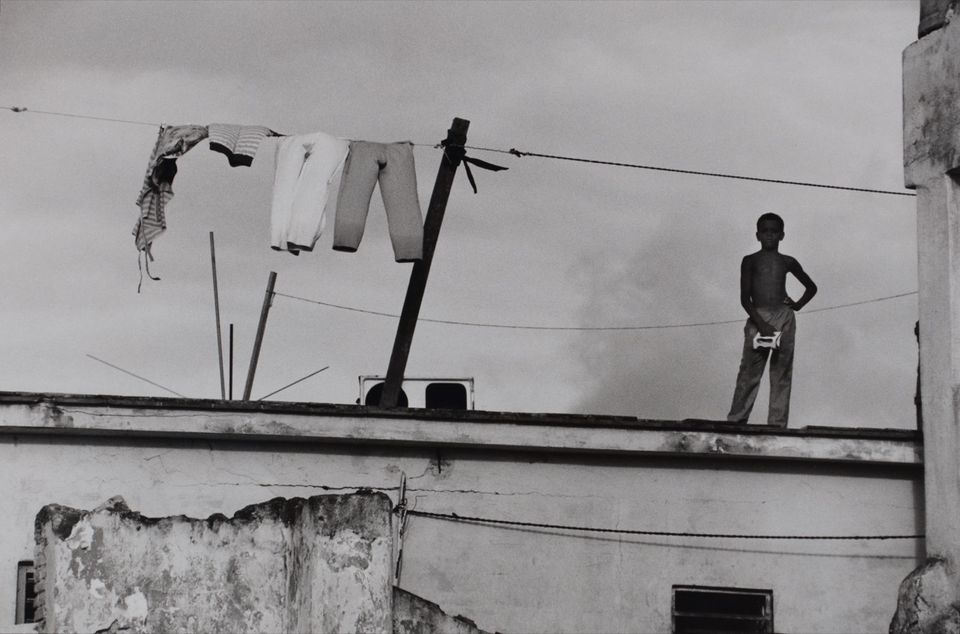 Thaddaeus Ropac, Robert Rauschenberg’s Night Shades and Phantoms (until May)

In the early 1990s, Robert Rauschenberg started to experiment with creating works on metal, silkscreening his own photographs (taken on trips across the US and abroad between 1979 and 1991) and painting marks onto sheets of aluminium. The results are ethereal, ghostly grayscale, shifting with the light and reflections as you approach. On show here are two series: Night Shades (referring to the poisonous plant), in which Rauschenberg transferred images onto mirrored or brushed aluminium, and Phantoms, done on a different type of metal—mirrored, anodised aluminium—which causes the images to appear and disappear with a tilt of the head. (book via the gallery website). A.B. 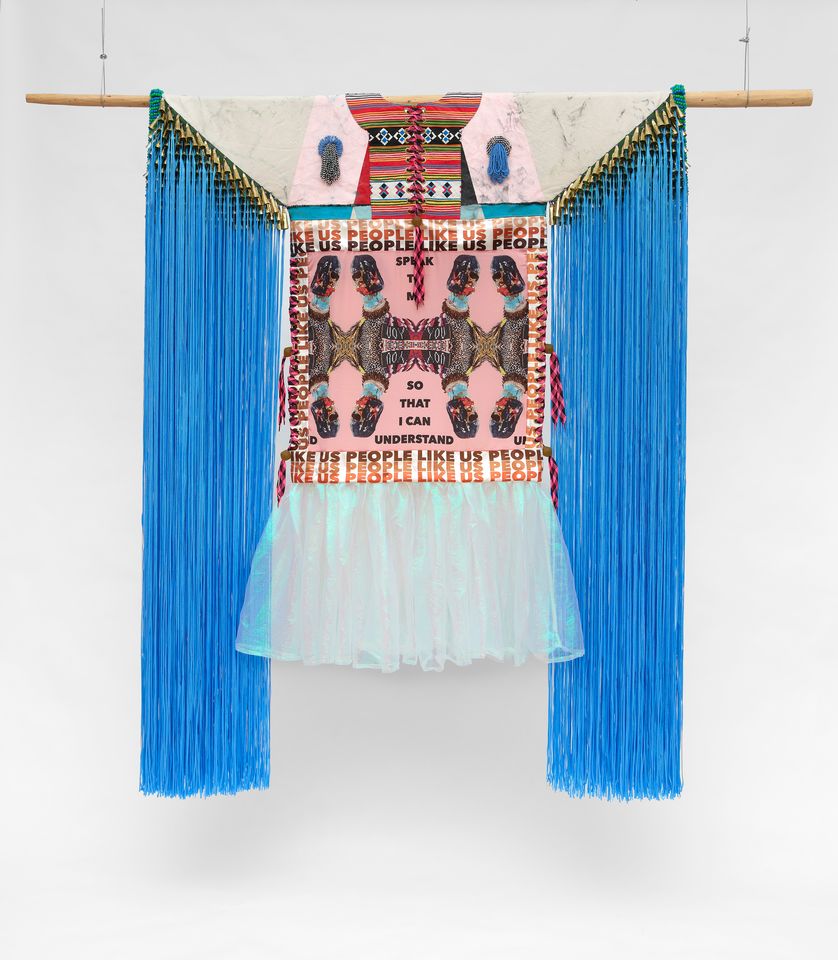 Jeffrey Gibson, Speak To Me So That I Can Understand, (2018) © Jeffrey Gibson. Courtesy the artist and Stephen Friedman Gallery, London. Photo by Max Yawney.

Stephen Friedman Gallery, Threadbare (until 15 May)

Cast aside ideas of fusty crocheted brooches—this is bodily, socio-politically-engaged textile art. The show includes works by Jonathan Baldock, Huguette Caland, Jeffrey Gibson and Tau Lewis who all confront and explore issues such as identity, gender, sexuality and race through their use of textiles. There are Baldock’s pair of life-sized marionettes, gesticulating at each other from their perches; Caland’s abstract embroidered and crocheted dresses; Gibson’s Native American-influenced hand-beaded bird made from recycled trainers and Lewis’s quilts and “celestial bodies”. Also on show at Friedman’s other gallery a few steps away is a show of the Brazilian artist Luiz Zerbini’s big, luscious paintings—a much-needed tonic after our long, confined winter. (no booking required) A.B. 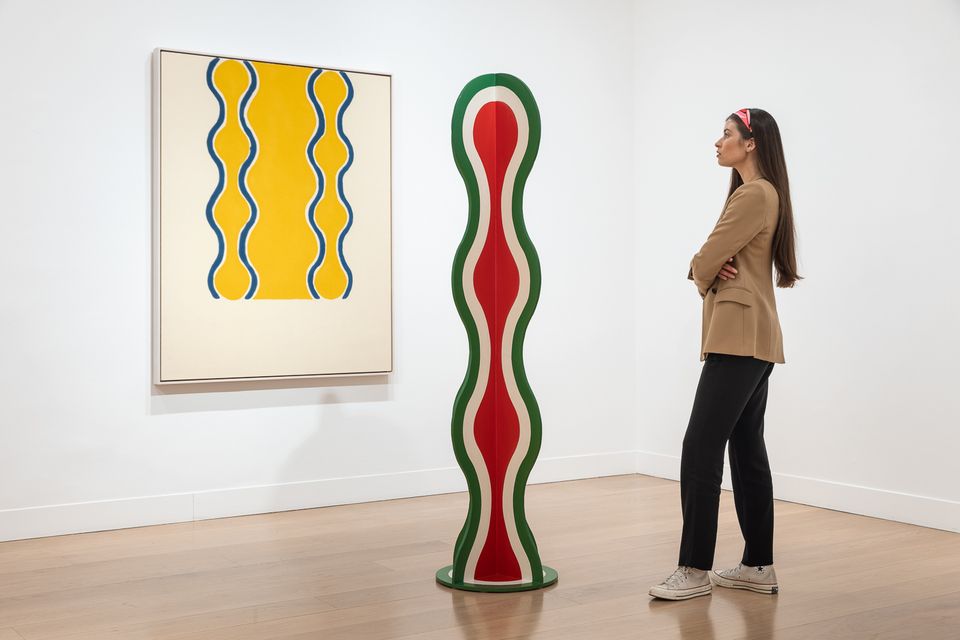 Students of abstract expressionism are in for a treat; this posthumous show of Paul Feeley’s life work is the first solo exhibition of the unheralded American artist’s work in the UK for over 50 years. Feeley was, for much of his career, known more as a curator—one instrumental in the first retrospective of Jackson Pollock's ground-breaking career. This exhibition explores Feeley's experiences as one of the first marines to enter Nagasaki, Japan, after the atomic bomb fell. Feeley returned to the US to become the director of Bennington College's art department before dying—at the age of just 55—in 1966. Modern interpretations of Feeley's work question whether his compositions, which explore idylls of tranquility through space, symmetry and balance, may have acted as a means of personal therapy from post-traumatic stress disorder. (book online via gallery website) T.S. Penny Goring likes to delve deep into personal traumas for her art so expect plenty of autobiographical references in this ghoulish exhibition of fabric sculptures and paintings. Dolls, cartoonish, amputated and tentacular hang from the walls amid tiny paintings of female figures in various states of dismemberment. An iteration of this exhibition was shown last year at Campoli Presti in Paris, when it was titled Escape from Blood Castle, referencing a 1980s "do-it-yourself" puzzle book as well as our mind's inability to escape from capitalist structures. The change in title signals that this time around the game is bleaker, more difficult and ultimately endless. (no booking required). K.J. Lydia Blakeley, Classics, (2020) Courtesy of Niru Ratnam and the artist

Since her 2018 MFA show at Goldsmith’s College of Art, Lydia Blakeley has developed a reputation for incisive figurative paintings that provide deadpan depictions of English society. Imagining a fictional idea of "Middle England", a non-specific area that embodies the essence of Britishness, she has divided this solo show into three bodies of work: sportswear, tv chefs and food. Implied here is a 70-year-long history of class struggle and turbulent politics that imbues seemingly innocuous images like Reebok tracksuits, Delia Smith, and salmon en croute. Each tugs at our sense of national identity, difficult to articulate but even more difficult to shed. It can be said that Blakeley's work is undeniably British—a term that with each passing year grows more contested and more fragile. (no booking required). K.J. The women of Gee's Bend—an isolated Black community located on a u-turn in the Mississippi River— have in the past two decades become mainstays in Outsider Art circles for their tapestries and quilts. Now making their European solo debut, they will show around 15 works by three generations of artists, spanning nearly 100 years, emphasising the deep threads of matrilineal knowledge and artistry that bind their community together. These are bold designs that evoke, but have developed separately from, European Modernism while also building on traditions of African textiles to form a unique vernacular of pattern and colour. Most importantly, these quilts are not only hung up for viewing are also used as blankets by the children of the Gee's Bend community. This is art that also gives shelter, while also depicting life. (book online via gallery website). K.J.