As the exhibition opens in Moscow, curators hope a photograph of the missing work might jog the memory of any witnesses

Glorious Victory (1954), a four-metre-wide mural by Diego Rivera, and a photograph of Frida Kahlo’s lost painting The Wounded Table (1940), are among the highlights of a Moscow survey of the Mexican couple. The exhibition, which opens today (20 December), includes more than 90 works, with most of the loans coming from the Museo Dolores Olmedo in Mexico City, supplemented by private collections in Mexico and Europe, as well as previously unpublished material from the Russian state archives.

The central draw is Kahlo and Rivera’s relationship to Russia. Rivera, a communist, was invited to the Soviet Union in 1927 and made subsequent visits but was later expelled. Glorious Victory, which he gave to the Soviet Union during one of his visits, is on loan from the Pushkin State Museum of Fine Arts, where it was in storage for around 50 years until it was rediscovered a decade ago. The show’s curator, Katarina Lopatkina, says works by Mexican artists were often categorised as “formalist art”, a derogatory term for works “not subject to public display for ideological reasons”. 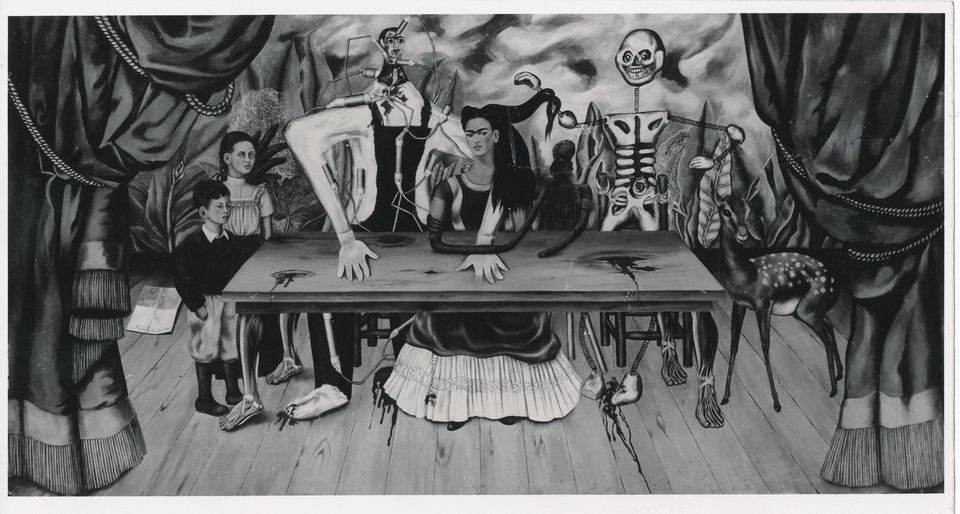 Frida Kahlo’s The Wounded Table (1940) went missing in 1955, after going on show in Warsaw © Photo: Edward B. Silberstein

Kahlo gave The Wounded Table—at more than two metres wide, the largest painting she ever created—to the Soviet Union in 1945. It disappeared in 1955 after an exhibition in Warsaw. Lopatkina and the art historian Helga Prignitz-Poda have been attempting to find it. “One of the tasks is to attract the attention of both specialists and the public,” Lopatkina says. “If it returned to Russia from Poland after the 1955 exhibition [...] witnesses to its movement or destruction might still be alive. The greater the number of people involved, the closer we might get to an answer.”