The exhibition, which includes a preliminary drawings for the Sistine Chapel ceiling, will also travel to the J. Paul Getty Museum in Los Angeles 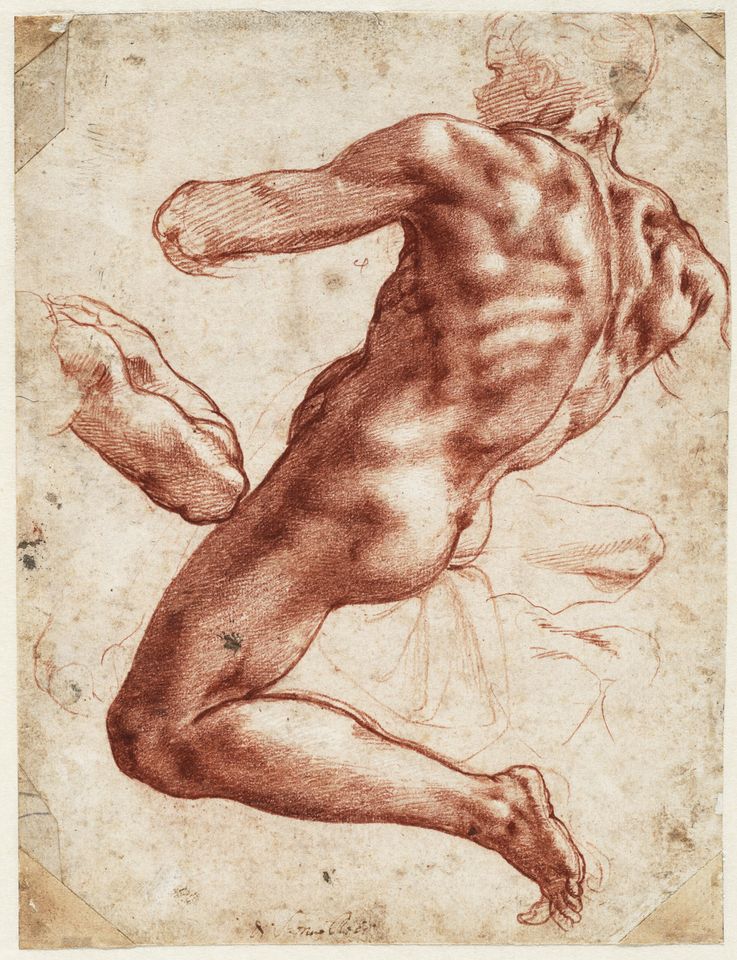 Seated Male Nude (1511) will be travelling to Cleveland and then Los Angeles from the Teylers Museum in Haarlem © Teylers Museum, Haarlem

The Italian Renaissance scholar Paul Joannides once reckoned that Michelangelo could well have made as many as 20,000 drawings in his lifetime; around 600 authenticated works are extant. Part of the master’s drawn oeuvre made up part of the massive collection (275 paintings and 2,000 drawings) of Queen Christina of Sweden that on her death she bequeathed to Cardinal Decio Azzolini. The cardinal’s heirs sold the collection to Livio Odescalchi in 1692 and his heirs in turn broke up and sold the collection. In 1790, 25 were bought by the Teylers Foundation in Haarlem.

Now, while the Teylers Museum is being refurbished, its Michelangelo drawings have been loaned for Michelangelo: Mind of the Master, a travelling exhibition that opens this week at the Cleveland Museum of Art (CMA) and then moves to the J. Paul Getty Museum. None of the Teylers drawings appeared in the recent Michelangelo show at the Metropolitan Museum of Art in New York and, as the CMA curator Emily Peters points out, “this partnership was designed specifically with the Midwestern and West Coast audiences in mind”.

Both the US museums have added works from their own collections as well. Among the drawings on view will be several studies of the human figure, such as Seated Male Nude (around 1511), made as preparatory drawings for the Sistine Chapel ceiling and the sculptures of the tomb of Giuliano de’ Medici. “This compact and focused show allows us to tell the story of Michelangelo’s career through his drawings as well as to acquaint new audiences with the Teylers and its collections,” Peters says.

The show is sponsored by Josie and Chace Anderson, the Sam J. Frankino Foundation and Bill and Joyce Litzler.

about 11 hours ago
Will the Queen return her Benin bronze? How the African treasure was looted not once, but twice