Following a €1.2m renovation, the historic building will host an expansive group show on the pandemic 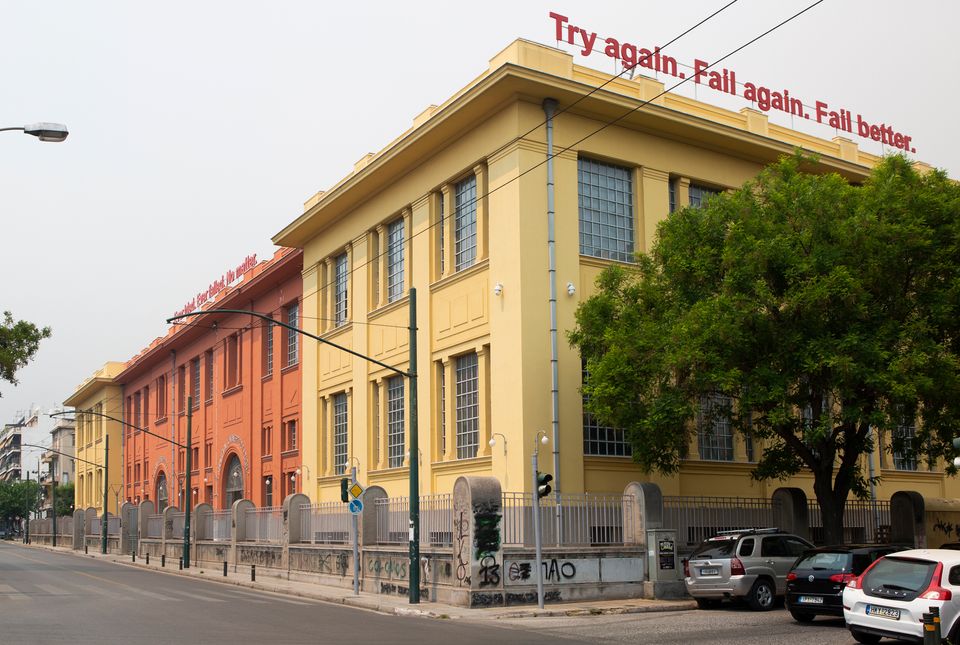 After 11 months of intense restoration and renovation works, Athen's newest cultural space will open its doors on 11 June. Located in the 1930s building of the city's former Public Tobacco Factory, also home to the Hellenic Parliament Library and Printing House, the venue will host a programme of contemporary art until 31 December. Its first exhibition, a group show called Portals, has been curated by Madeleine Grynsztejn, director of the Pritzker Museum of Contemporary Art of Chicago, and Elina Kountouri, director of NEON, a non-profit cultural organisation of collector Dimitris Daskalopoulos who fully funded the €1.2m renovation of the historic building.

“When we choose iconic indoors spaces and historic buildings, like the former Public Tobacco Factory, which are usually spaces that have been forgotten, we make sure that our interventions will give prominence to their distinct character, their historical authenticity, that they will revive and reintroduce them to the public with a ‘new contemporary identity’”, Kountouri tells The Art Newspaper Greece. 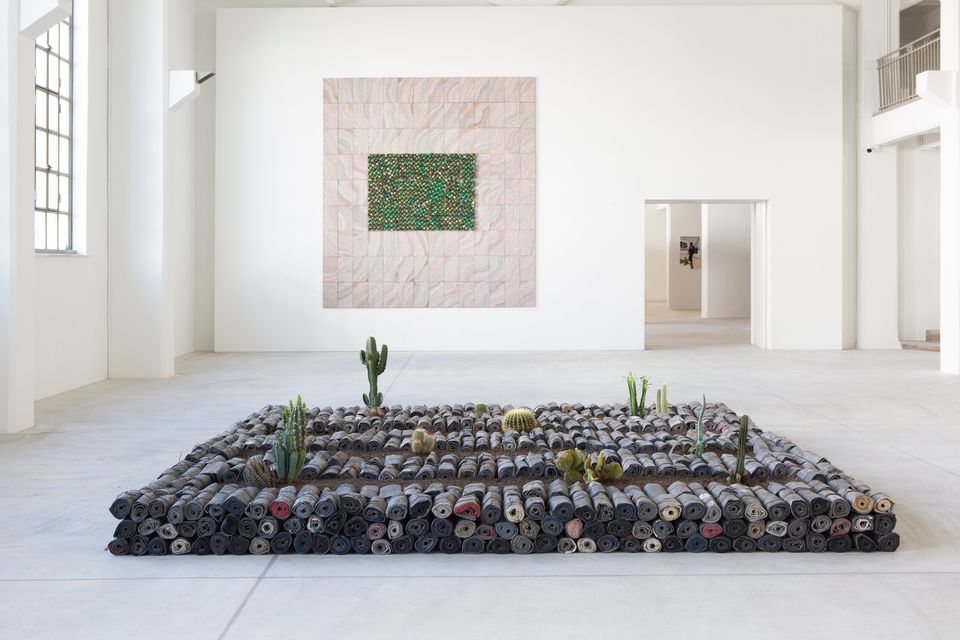 This is the first time that NEON will have a monthlong presence in an indoors space. Since 2013, when it began its operation, the organisation has become widely known for its installations of contemporary art in archaeological spaces in Athens and its periphery, as well as in lesser know buildings. Through these works they have introduced many international and Greek artists to the biggest museums of the country.

Portals is NEON's magnum opus, and the exhibition will occupy 6,500 sq.m and involves 59 artists from 27 countries, including Do Ho Suh, Cornelia Parker and Shilpa Gupta. 15 of these works have been commissioned by NEON for the Public Tobacco Factory. 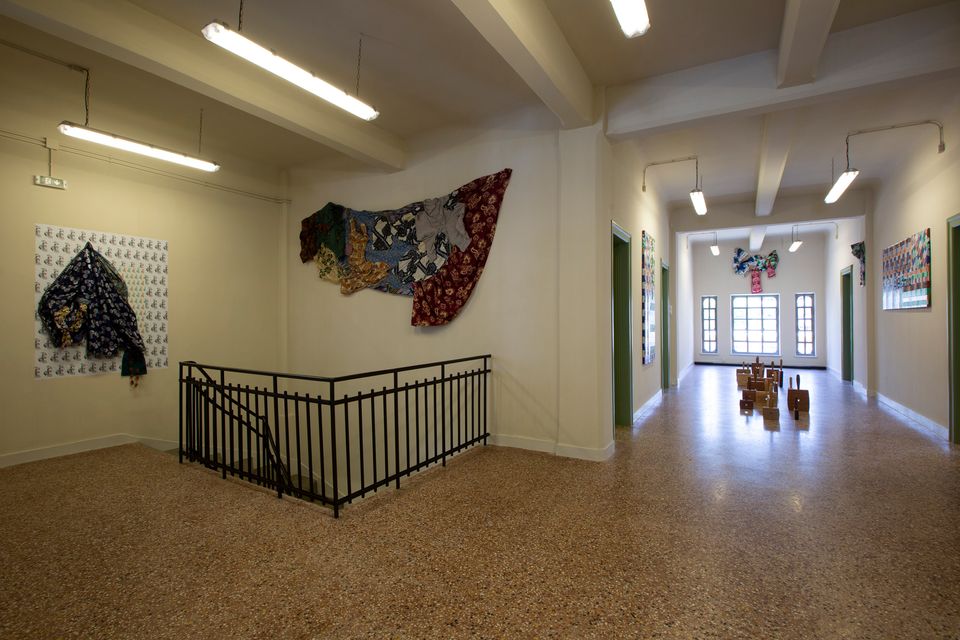 This year’s exhibition and its parallel happenings will take place in the north-northwest section of the building, in the atrium and within the building of the old customs office.

According to Kountori, the re-opening of the building marks the start of a new era: “We perceive the city as a living organism, and the main recipient of our actions is the citizen or visitor,” she says, "Each of our projects is a continuation of our previous project, as one more link to the chain of our actions.”

The show takes its central theme from an article written by Indian novelist and essayist Arundhati Roy in Financial Times, in which she argues how the pandemic has irreversibly changed the world as we know it. Examining how our reality has shifted throughout the past year, Portals is divided into four different themes that "create a uniform narration that is not fragmented", according to its curators. 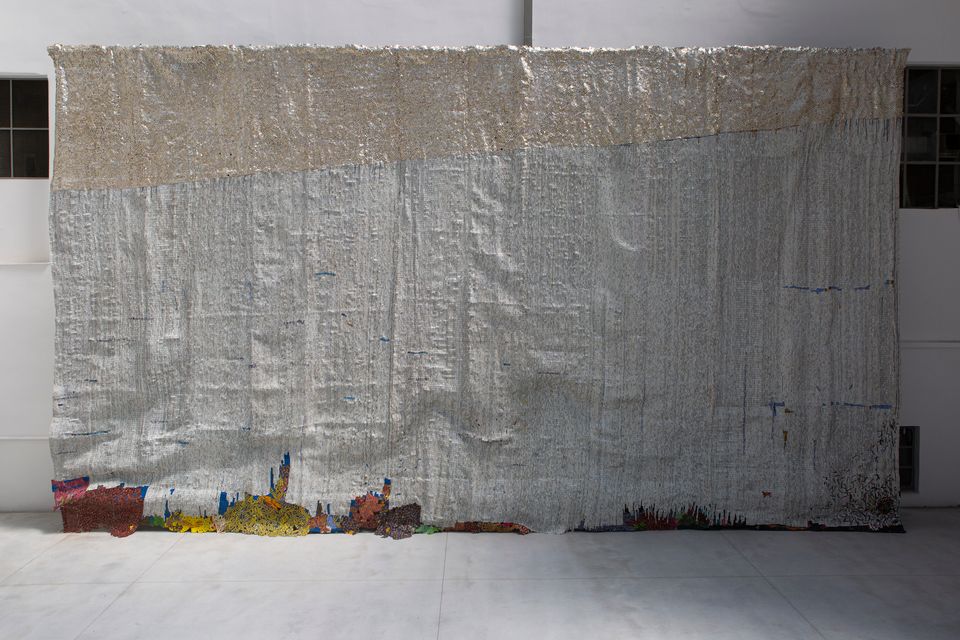 The first section is called Movement and “literally refers to the influence of the pandemic, but also, in a wider sense, to the impact of the social movements”. Then the Communal appears as a form of survival when faced with a disaster. “The only way to fight the enemy are the communal and interdependent pacts, mass actions like vaccination, the use of masks and keeping a safe distance in one’s social life. At the same time, in this section a new type of ‘trust’, or abolition of trust, arises that looks into the distinct conditions of different groups’ social living,” says Grynsztejn.

The third section deals with social distancing. “In terms of the pandemic, this is exactly the reason that brought forth a deep emotional and mental need for Connection. Or disconnection from the institutions, ourselves, our environment. Here the use of language, the word, plays an important role in reexamining this condition”, say Grynsztejn and Kountouri. 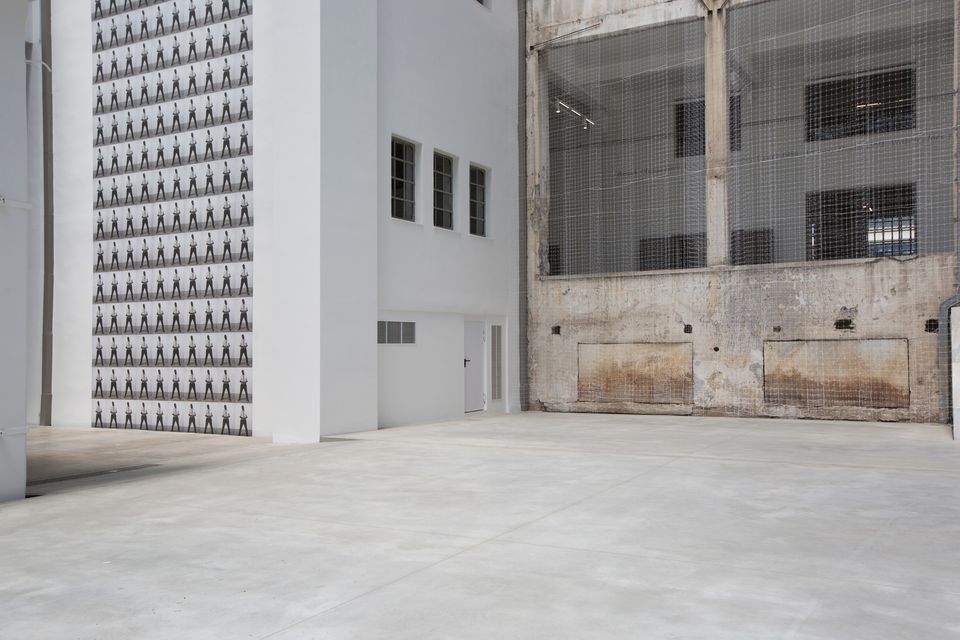 On the other hand, special emphasis is given in the final section to the concept of Home or intimacy. “The more we confine ourselves inside the limits of where we live, this place –physical or imaginary– attunes to its individual functions. This section sheds light to the intimate or detached relations that develop in the private sphere, projecting our need to preserve our stories, to develop a mutual beneficial relation to what surrounds us, in contrast to the existence of limits or even the tendency for escapism”, they conclude.

Besides being an anatomy of the current psycho-social condition of humanity, Portals will give the art loving public the chance to be acquainted with the building of the Public Tobacco Factory and its history, through programs that will develop in cooperation with the Hellenic Parliament, which still occupies part of the space. Due to ongoing social distancing measures in Greece, an online “portal” with images and information regarding the works and their creators will also be available to browse.

• This article was first published in The Art Newspaper Greece